Beach clean up groups working harder due to Hurricane Dorian 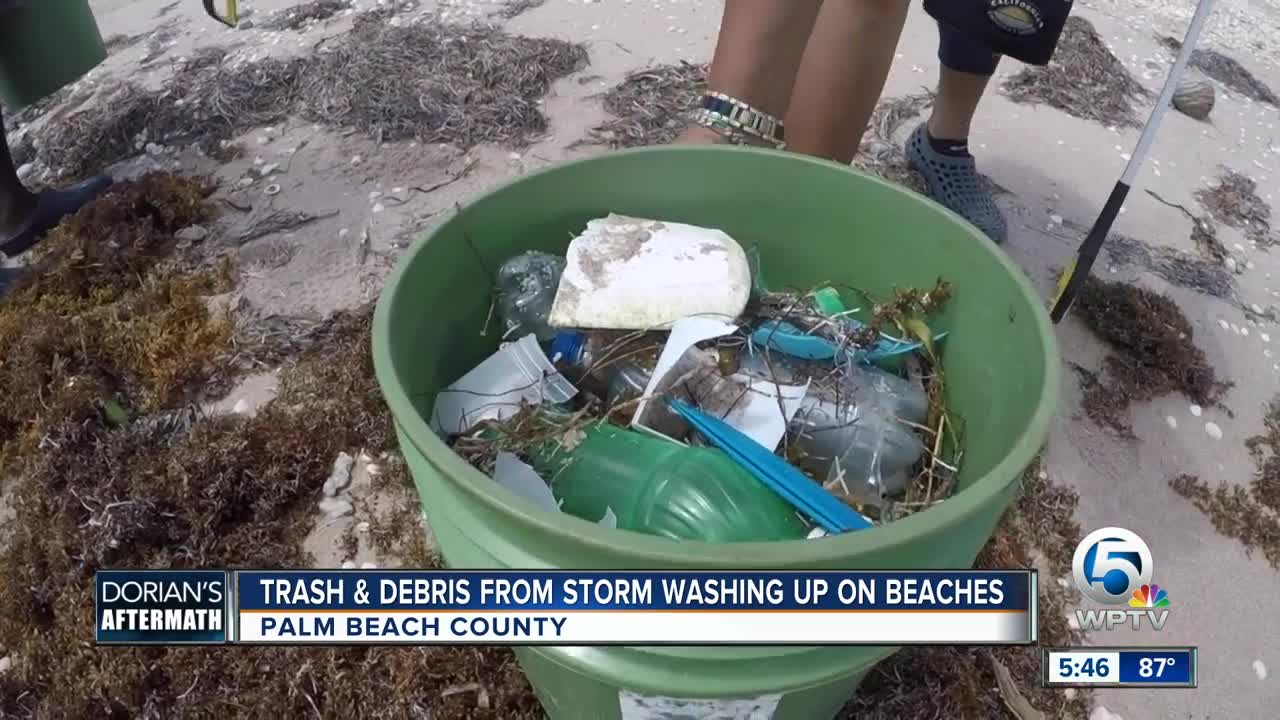 Trash from here, there and everywhere has been churned up, making its way to shore. 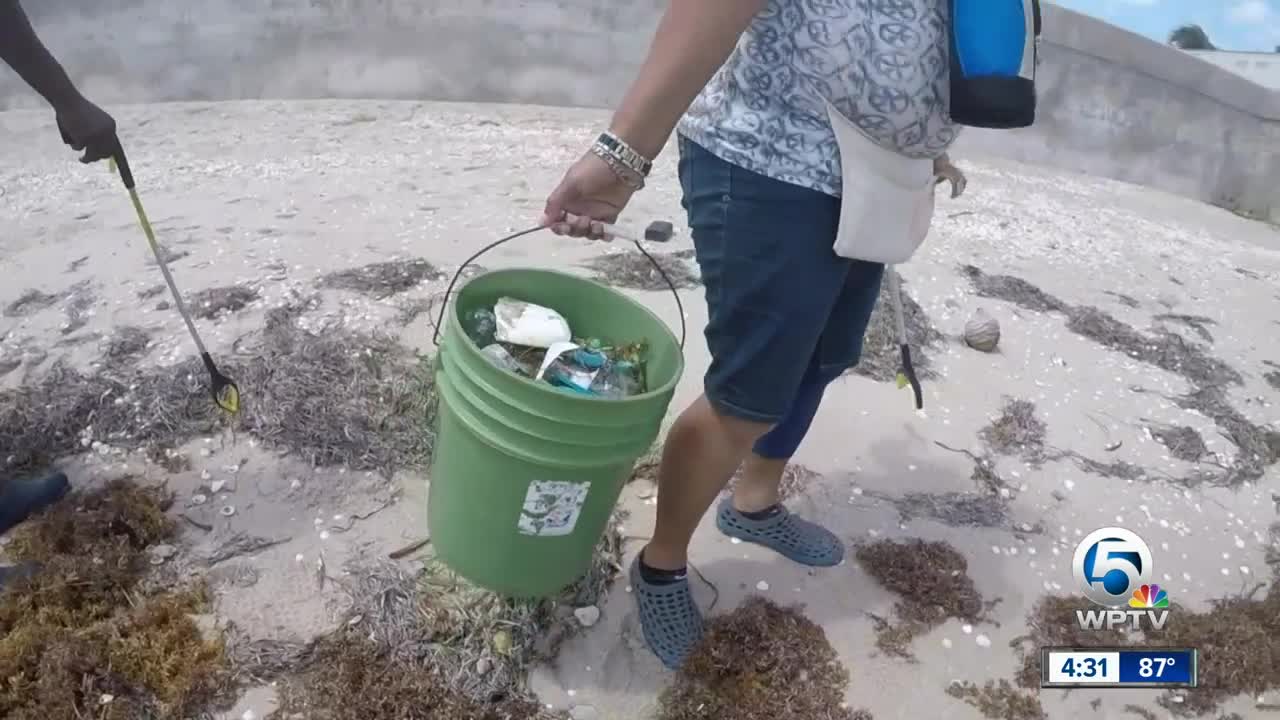 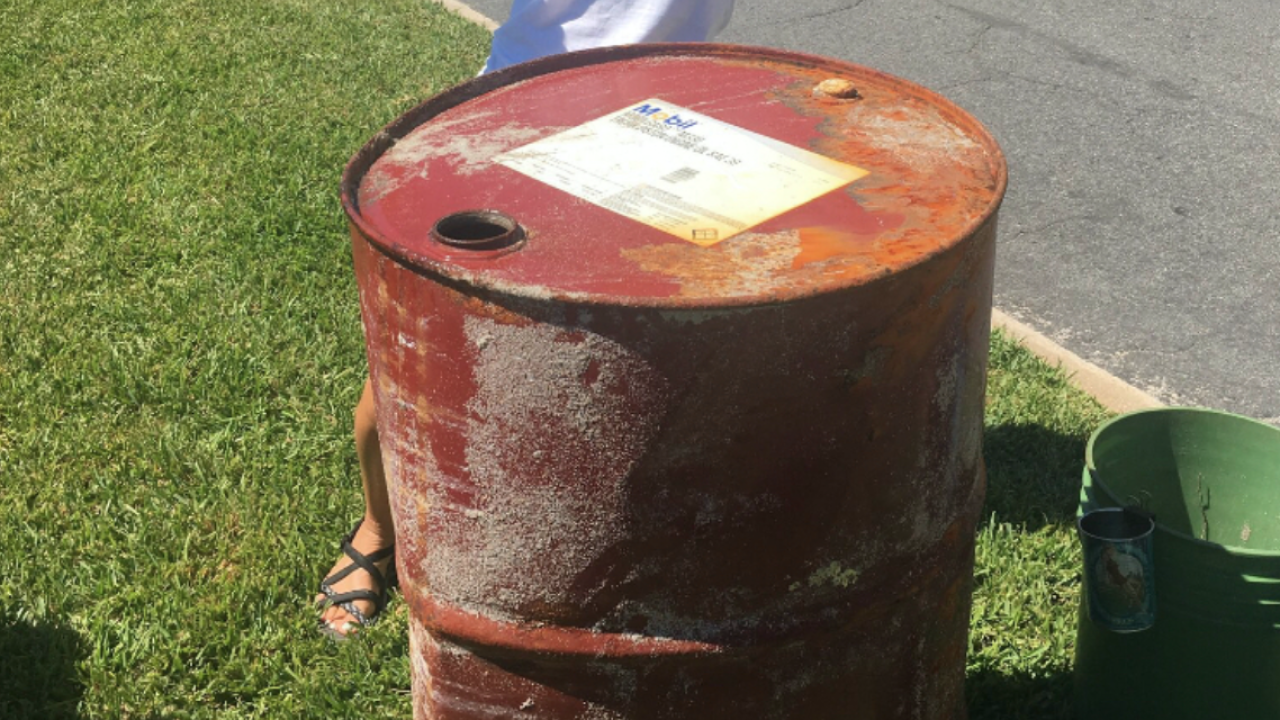 PALM BEACH, Fla. — Even though Florida didn’t take a direct hit, you can still see the effects of Hurricane Dorian on our beaches.

Trash from here, there and everywhere has been churned up, making its way to shore. That’s why clean up crews are working overtime to remove hundreds, if not thousands of pounds of trash.

Another day, another clean up for the Friends of Palm Beach. On Wednesday, WPTV followed the group, which usually visits the beaches in Palm Beach five days a week.

“A lot of the trash gets stuck in the dunes because of the plant life,” said Gavin Baker, a member who is also an environmental studies student.

He says right now, they’re busier than usual thanks to the storm.

“It brings in a lot of debris, and we get a spike in larger debris,” he said.

The ocean’s energy has churned up trash from across the entire Caribbean and even our own shores, dumping it in areas like Palm Beach island. On Tuesday, the group found a 55 gallon engine oil barrel.

It was empty, but extremely heavy.

They don’t know exactly where the oil drum or any of the trash came from but the group is finding lots of plastic bottles, shoes, lumber and even hazardous chemicals.

“I just feel like people need to open their eyes to see that there’s a bigger picture,” said Baker.

He explained that with Gulf Stream just a few miles offshore of South Florida, any debris from the Bahamas has mostly moved north to follow with the ocean currents. The currents in the Atlantic can bring in trash to us from as far east as West Africa but most trash is coming from islands to our south.

“A lot of the trash is coming from the islands in the Caribbean, like Haiti, Jamaica, Dominican Republic,” said Baker.

We can also see trash from Miami, Ft. Lauderdale and other cities on some days.

However, with the high winds we’re seeing this week, some debris from the Bahamas could be heading this way.

“It could be from anywhere, but yes, it’s definitely possible that in the next week or so we could see some larger items floating up from the Bahamas,” said Jaimie Hamilton with the local chapter of the Surfrider Foundation.

Hamilton hopes this influx of trash motivates more people to join local clean ups. Surfrider teamed up with Journey Church after the storm and found endless amounts of plastic, wood and other large objects.

“You really don’t think about the immense amount of plastics sitting out in the ocean already. And then a storm like Dorian comes by and pushes it onshore and you can’t ignore it. Now it’s right in front of you,” she said. “It’s a much larger battle that Surfrider is facing.”

In just one day during post Dorian cleanup, Friends of Palm Beach picked up 350 pounds at just two locations.

If you would like to get involved, the International Coastal Cleanup is coming up on September 21.

Multiple clean ups across the state, including more than two dozen in Palm Beach County, will take place in beaches, parks and canals across the area.

To get involved, click here for details on the Palm Beach County event.