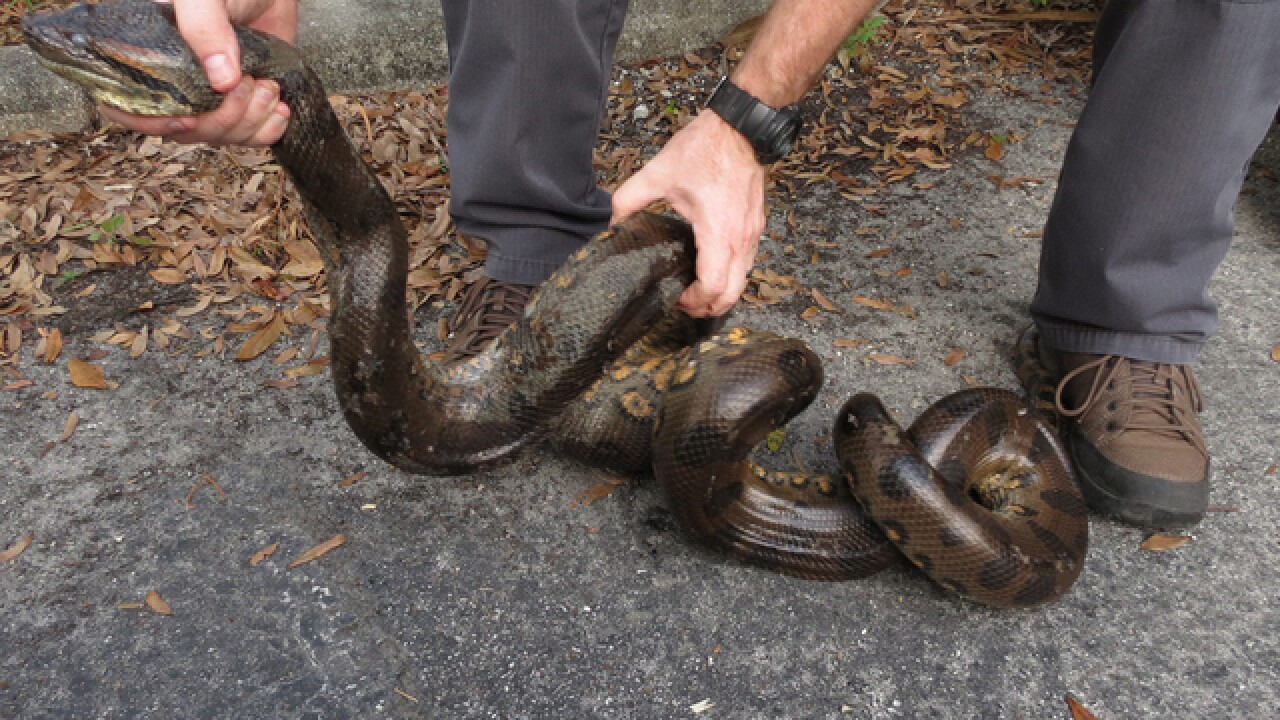 TALLAHASSEE --- Gov. Ron DeSantis appeared in South Florida this week to tout efforts to rid the Everglades of damaging pythons.

But hundreds of miles away, the state is locked in a legal battle about another type of snake: anacondas.

Owners and dealers of anacondas asked a Leon County circuit judge last week to issue a preliminary injunction against a new state rule that largely bans anacondas in Florida. The state targeted anacondas, which are native to South America, as part of a move to control invasive species that can harm habitats in Florida.

But the owners and dealers, in a lawsuit filed in June and in last week’s preliminary-injunction request, contend that the Florida Fish and Wildlife Conservation Commission did not follow the proper process in approving the rule. Also, they contend that the rule would destroy their “livelihoods, investments, conservation and educational efforts.”

“Plaintiffs, as snake owners, breeders, traders, conservators and business owners, have submitted affidavits describing the significant economic and personal impact the rule’s arbitrary prohibition on reptile species (the anacondas) will have on them and their businesses including, perhaps most gravely and irreversible, the likely imminent euthanization or otherwise divesting themselves of animals they have spent decades selectively breeding and maintaining, a wasteful and senseless loss,” the preliminary-injunction motion said.

An attorney for the Fish and Wildlife Conservation Commission filed an 11-page document Wednesday disputing the plaintiffs’ legal positions. The document did not provide detailed arguments, but the commission said this spring that the rule is needed to prevent a repeat of problems caused by pythons.

“Our native fish and wildlife are facing a serious threat posed by various invasive species found throughout the state,” Kipp Frohlich, director of the commission’s Division of Habitat and Species Conservation, said in a prepared statement as the rule was poised to take effect May 2. “This new rule will help prevent those species on the prohibited list from becoming the next Burmese python.”

Owners and dealers from across the state originally filed a challenge in late May in the Florida Division of Administrative Hearings. They later dismissed that case and filed the lawsuit in circuit court.

The rule added a series of animals --- ranging from anacondas to meerkats and flying foxes --- to a list of “prohibited non-native species” that cannot be sold or bought in the state.

The rule generally allows the prohibited species to be kept only for research or exhibition purposes, though it includes an exception for people who had the animals as pets before the change took effect. Those people could obtain permits to keep possession until the animals die.

The lawsuit raises a series of legal issues, including allegations that the commission did not properly compile what is known as a “Statement of Estimated Regulatory Costs” that would show the financial impact of the rule on small businesses.

State leaders in recent years have particularly focused on reducing the number of pythons in the Everglades, a problem rooted in people releasing the snakes into the wild. During his appearance Wednesday in Broward County, DeSantis announced expanded python-eradication efforts, including allowing additional hunting of the snakes.

“We’re putting a lot of money into restoring the Everglades,” DeSantis said. “We want to make sure that ecosystem is strong.”