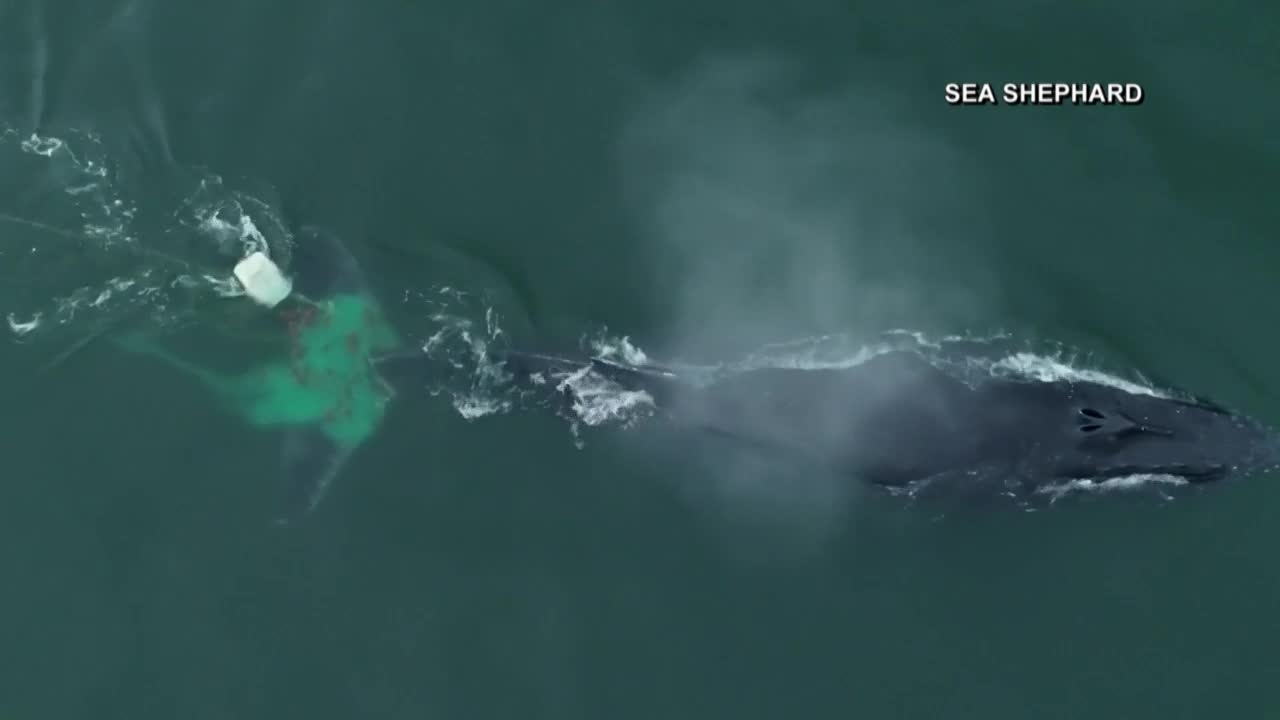 Activists from the Sea Shepherd Conservation organization on Friday, February 21, 2020, rescued a humpback whale that was caught in illegal fishing nets in Mexico's upper Sea of Cortes.

The activists were patrolling an area that is a refuge for a near-extinct porpoise species, the Vaquita Marina, when they came across the humpback whale.

The whale was caught in a gillnet, which are set up by poachers in an effort to catch Totoaba, an endangered species of marine fish sought by Chinese buyers on the black market for its prized swim bladders.

Octavio Carranza, a captain of one of Sea Shepherd's ships said, "It's a sad reminder of why it's so important for us to protect the refuge against illegal fishing."