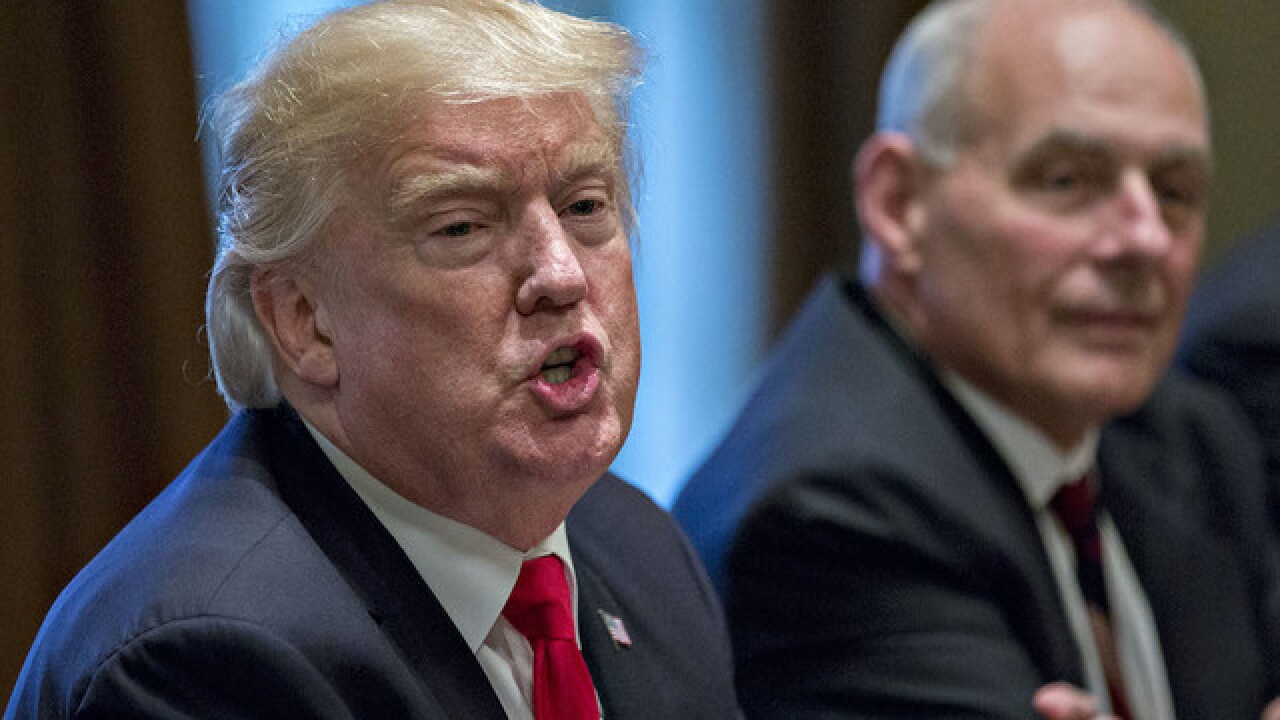 Copyright Getty Images
&lt;p&gt;WASHINGTON, DC - OCTOBER 5: U.S. President Donald Trump speaks as White House chief of staff John Kelly at a briefing with senior military leaders in the Cabinet Room of the White House October 5, 2017 in Washington, D.C. Mattis said this week that the U.S. and allies are &amp;quot;holding the line&amp;quot; against the Taliban in Afghanistan as forecasts of a significant offensive by the militants remain unfulfilled. (Photo by Andrew Harrer-Pool/Getty Images)&lt;/p&gt;

"I have three or four or five positions that I'm thinking about," Trump told Fox News' Chris Wallace during an interview that aired on "Fox News Sunday." "Of that, maybe it's going to end up being two. Maybe. But I want to -- I need flexibility."

Trump has been mulling an administration shakeup in recent weeks, with Nielsen anticipated as possibly the next to go, multiple officials with knowledge of the matter have told CNN. The officials describe Trump as dissatisfied over Nielsen's handling of his key issues of immigration and border security. Trump has also floated possible replacements for Kelly, including Vice President Mike Pence's chief of staff, Nick Ayers.

In the interview, Trump praised Nielsen as intelligent, but stressed that she was not as "tough" as he wanted her to be.

"I like her a lot. I respect her a lot. She's very smart," Trump said of Nielsen. "I want her to get much tougher, and we'll see what happens there. But I want to be extremely tough."

When asked the chances that she would remain homeland security secretary, Trump said "there's a chance" she would, but that people who have left his White House have been successful.

Trump also discussed Kelly's future, saying that while they "get along well" and Kelly is "doing an excellent job," there are some things that aren't his strength.

Asked to elaborate on what he meant, Trump said, "But I haven't even thought about John in terms of this. But John, at some point, is going to want to move on. John will move on."

When questioned on whether Trump's promise last July that Kelly would be at the White House through 2020 was no longer definite, the President said, "Yeah, it could happen. Yeah, it could -- I mean, it could be. But let's see what happens."