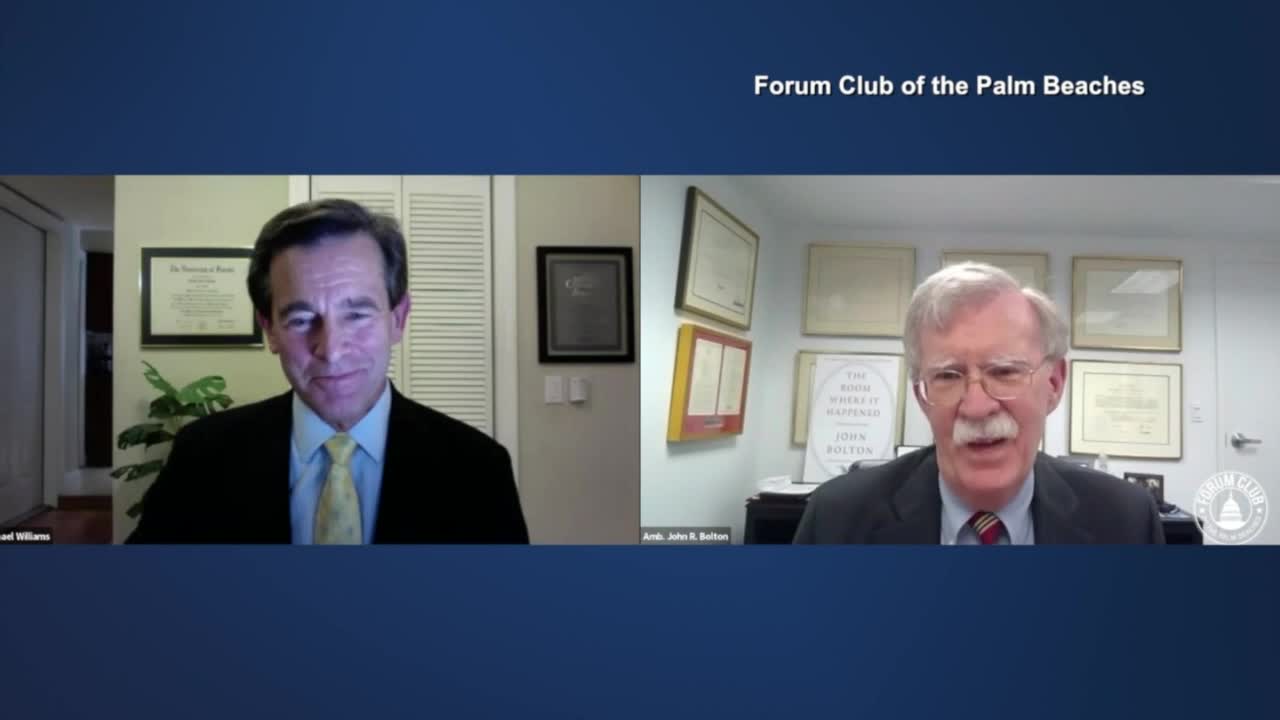 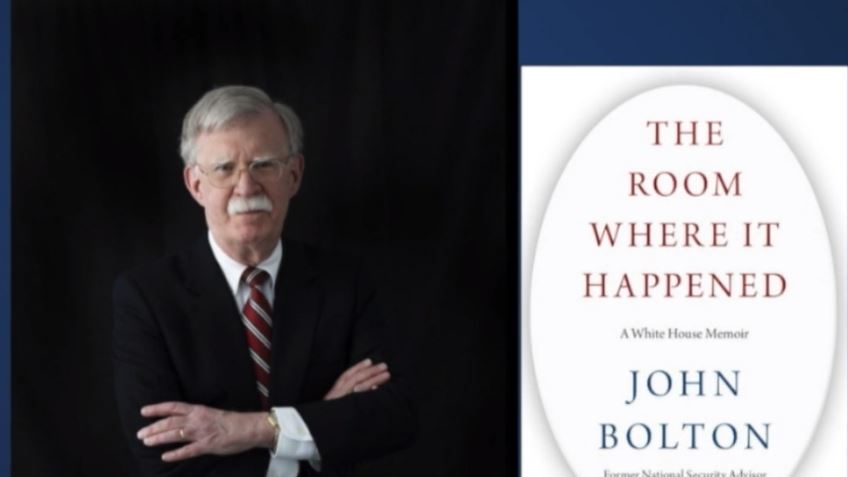 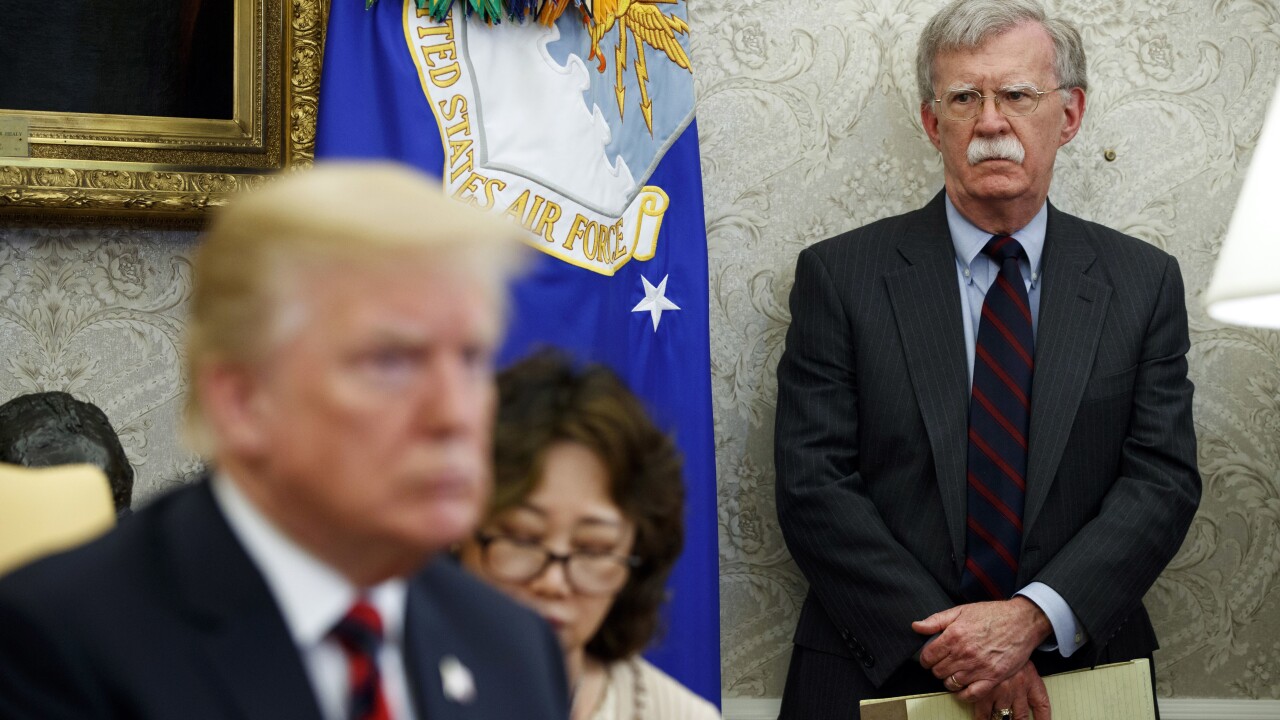 Bolton told a Florida group in an online presentation that Trump's business and re-election concerns drive not only his dealings with Ukraine, which led to his impeachment by the House, but also with China, Turkey and other countries.

He said he would have voted to remove the president for his Ukraine dealings, but did not delve into specifics. Bolton, a longtime adviser to Republican presidents, told the Forum Club of the Palm Beaches, a nonpartisan organization that meets monthly to hear from prominent newsmakers, that life inside Trump's White House was like "living in a pinball machine."

Bolton spoke online to the Forum Club of the Palm Beaches to promote his book, "The Room Where it Happened: A White House Memoir."

"You need to have strategic vision. It certainly helps to have philosophical foundations and you have to think through pros and cons of different policies. Almost none of that happened with President Trump," said Bolton, who was promoting his book, "The Room Where it Happened: A White House Memoir."

Trump "does not have a basic philosophy. He is not a conservative Republican. I don't mean to say he is a liberal Democrat. He is just not anything," said Bolton, who served as Trump's national security adviser from April 2018 to September 2019.

The president said he fired Bolton. Bolton said he resigned.

Bolton, who was being interviewed by WPTV NewsChannel 5 anchor Michael Williams, gave his most searing critiques regarding impeachment for congressional Democrats, saying they pushed their effort in a "rushed, inadequate, excessively partisan way." The Democrats weren't interested in learning the full truth, Bolton said, they just wanted to harm Trump's re-election chances, making it impossible to get any significant Republican support.

Bolton said the Democrats' claim that they plowed ahead knowing their effort was doomed in the Senate because it would curtail Trump's future actions is wrong. He said Trump's acquittal will make him less circumspect if he wins in November.

"The whole thing ended up completely backward of where the Democrats said they wanted," Bolton said.

Bolton, 71, is a longtime foreign policy hardliner who supported the 2003 invasion of Iraq and has called for U.S. military action against Iran, North Korea and other countries over their attempts to build or procure nuclear, chemical or biological weapons. He was President George W. Bush's United Nations ambassador for 16 months after serving as a State Department arms negotiator and in the administrations of Presidents Ronald Reagan and George H.W. Bush.

Bolton said Trump does not read the national security briefing presidents receive daily and during the two or three weekly in-person briefings he receives from security and military officials, Trump spends most of his time talking rather than listening and asking questions.

Bolton compared that to Russian President Vladimir Putin, who he said comes to meetings well-briefed, with a deep knowledge of history and a clear vision of his goals. He said Putin believes he can play Trump, who Bolton said knows little history.

Bolton criticized Trump's dealings with North Korean leader Kim Jong-un, saying their face-to-face meetings gave legitimacy to Kim's rule without the United States getting any concessions on that country’s nuclear weapons program. Instead, it gave Kim two years to make his weapons program stronger, he said.

"This was not a cost-free exercise," Bolton said of the meetings.

Bolton fired back at Republicans who criticize him for releasing his book just before the election.

"If you can't talk about the character or incompetence of a president during a presidential election, when can you talk about it?" Bolton said.

When asked about the election, Bolton said no matter who wins, Trump or his presumed Democratic opponent Joe Biden, the U.S. will be less safe for different reasons. He did not elaborate.

He said he plans to cast a write-in vote for an undetermined Republican conservative.