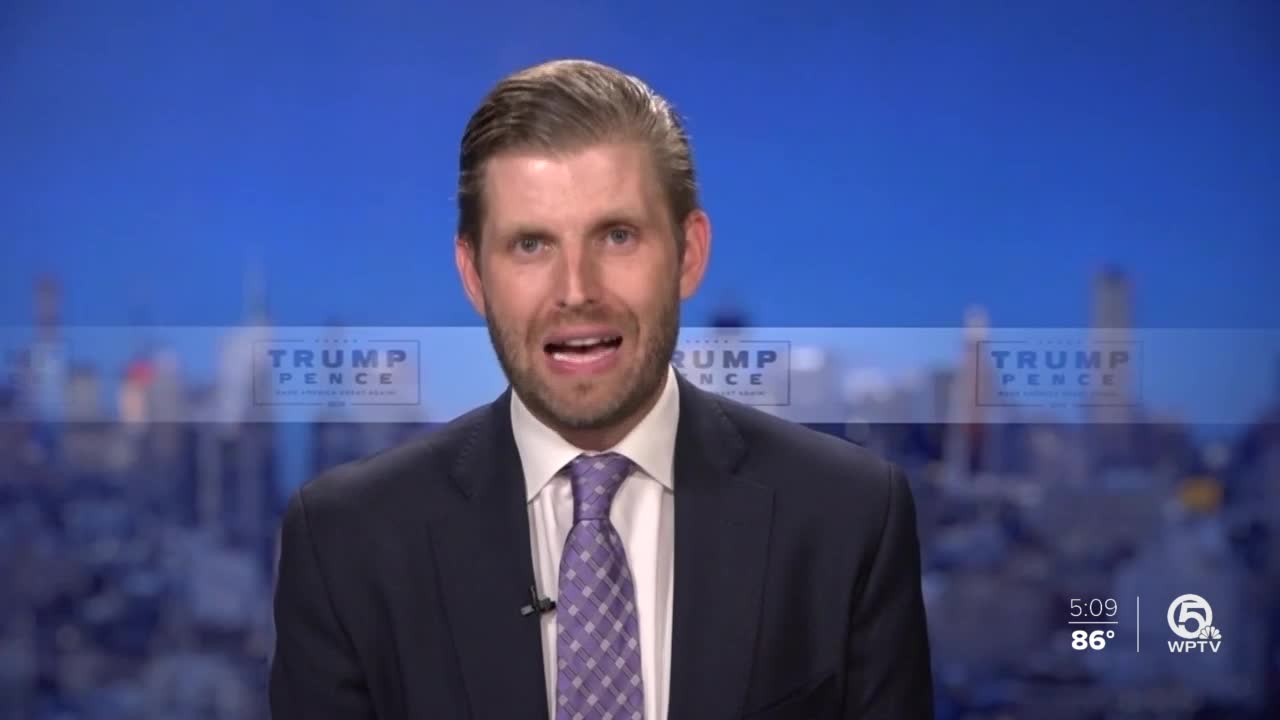 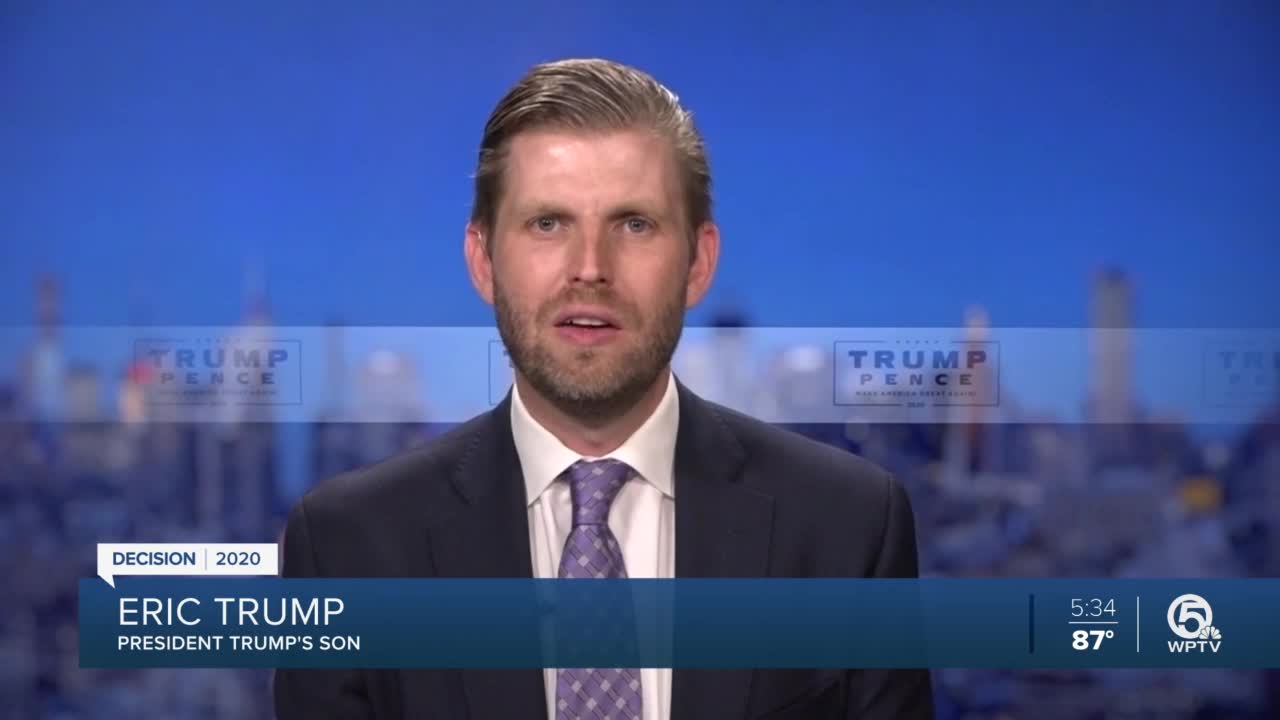 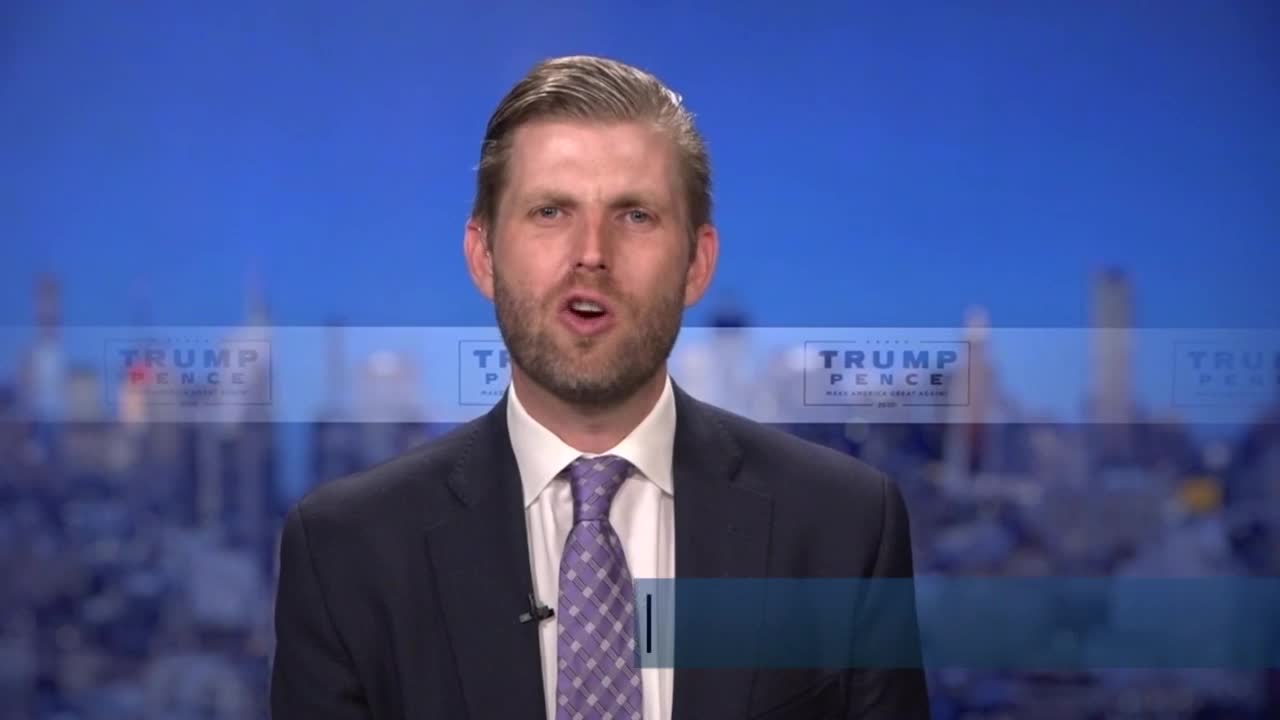 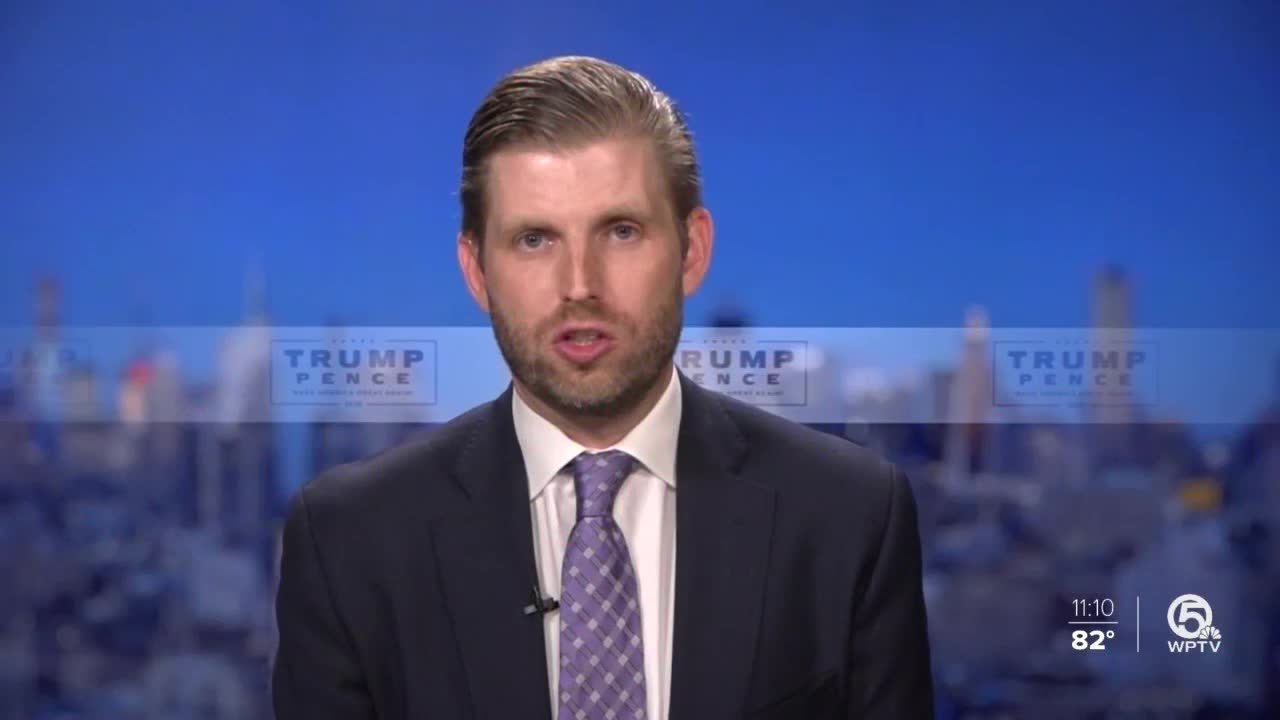 WEST PALM BEACH, Fla. — The political season is heating up in Florida. That means the political surrogates are coming out on the virtual campaign circuit.

Trump is dismissive of polls showing his father trailing -- at least for now -- in key battleground states, including Florida. Put the Sunshine State in the must-win category for both candidates.

RELATED: To the Point

"There is a massive silent majority," he said. "We did a poll recently (and) 78% of people didn't feel comfortable telling people what political party they are affiliated with because we live in something called the cancel culture. If you disagree with the radical left, you're canceled, so people want to be quiet. And, again, 78% of people are very uncomfortable saying which political party they are affiliated with, which I think bodes very well for us."

His son is also strenuously defending the president's response to the coronavirus pandemic.

The Trump campaign, meanwhile, is banking on a "law and order" message to help carry the day in November. All this, of course, in the wake of the killing of George Floyd by police and subsequent protests nationwide. Eric Trump mentioned recent protests in Portland and Seattle.

"You don't have Joe Biden call them out for the anarchy that this is, and these cities are being run by liberal mayors, liberal governors," he said. "I mean, it is really unbelievable to me you don't have the Democratic Party condemning this."

Joe Biden said Donald Trump's campaign is fear-mongering. He also said he does not want to defund police.

The arguments on both sides -- from police support and reform, to the handling of the coronavirus pandemic -- will resonate all the way to Election Day.