U.S. Rep. Ron DeSantis is coming under fire from Democrats after saying the last thing Floridians need to do is "monkey this up" by electing Tallahassee Mayor Andrew Gillum as governor. 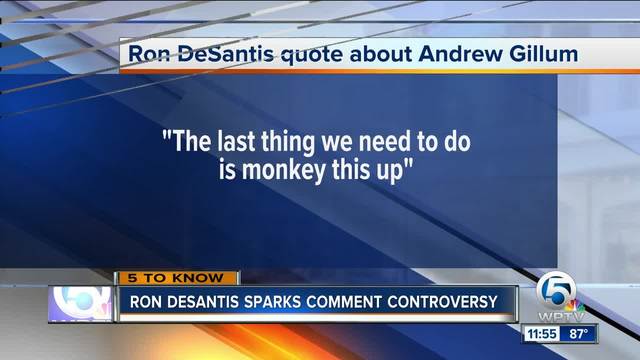 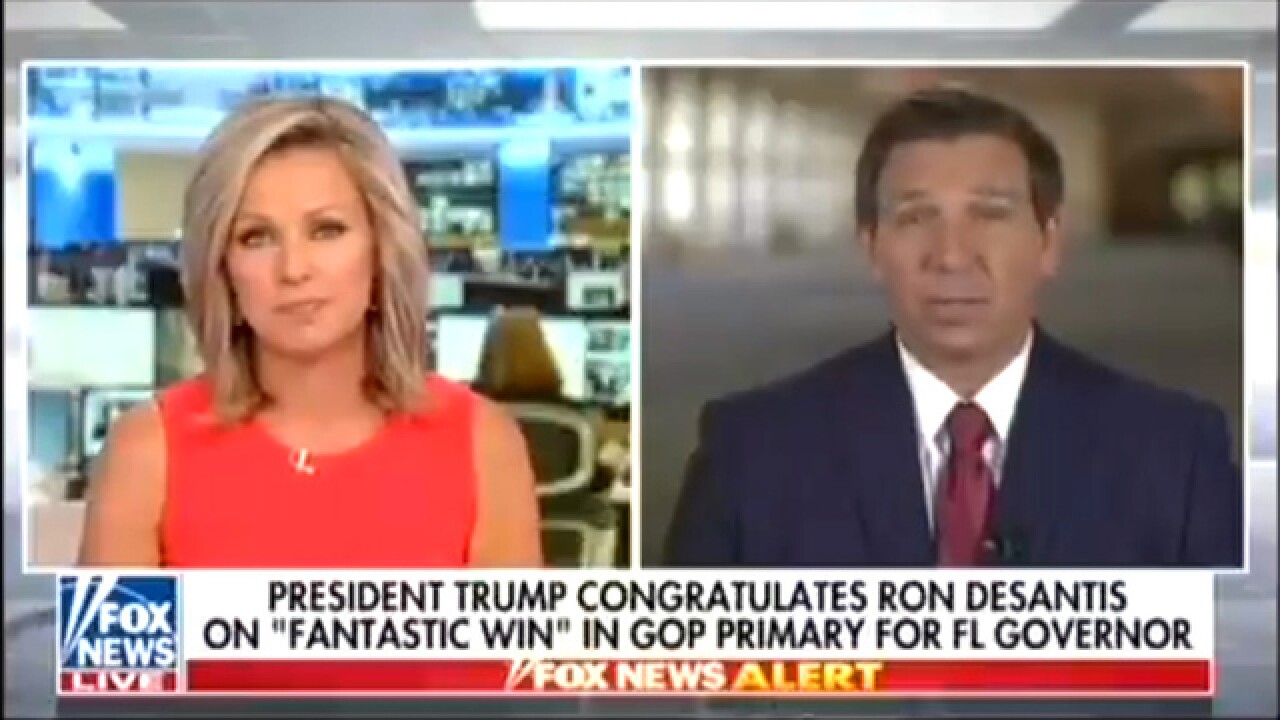 U.S. Rep. Ron DeSantis is coming under fire from Democrats after saying the last thing Floridians need to do is "monkey this up" by electing Tallahassee Mayor Andrew Gillum as governor.

DeSantis made the comment during a Wednesday interview on Fox News. DeSantis easily won the Republican nomination for governor a day earlier. Gillum won the Democratic nomination in an upset. He could be the state's first black governor.

DeSantis said Gillum was "articulate spokesman" for "far left views." But he said that he would hurt the state if elected.

Day 1 of DeSantis vs Gillum and DeSantis on Fox News uses the phrase “monkey this up” describing the race. pic.twitter.com/khKg6OA64J

"The last thing, the last thing we need to do is to monkey this up by trying to embrace a socialist agenda with huge tax increases and bankrupting the state," DeSantis said.

Stephen Lawson, a spokesman for DeSantis, said: “Ron DeSantis was obviously talking about Florida not making the wrong decision to embrace the socialist policies that Andrew Gillum espouses. To characterize it as anything else is absurd. Florida’s economy has been on the move for the last eight years, and the last thing we need is a far-left democrat trying to stop our success.”

Florida's Democratic nominee for governor says the state is looking for a leader who will bring people together, "not misogynist, not racist, not bigots."

Tallahassee Andrew Gillum, who would be Florida's first black governor, told CNN Wednesday that he wants to "build a Florida that makes room for all of us and not just some of us."

Gillum responded to DeSantis's statement on Fox news saying, "I think he's got another thing coming to him if he thinks that in today's day and age Florida voters are going to respond to that level of division."

A spokesperson for the Florida Democratic Party, Caroline Rowland, said the comment was an indication of how DeSantis plans to run his campaign.

"I don't think there's any question that it is divisive rhetoric," said Rowland. "You know, it's disgusting to us that he chose to use the word 'monkey' to describe  the first African-American nominee for governor."

Palm Beach County Republican Party Chair Michael Barnett agreed the word was inappropriate but believes it was not meant the way Democrats say it was.

"Absolutely it was a poor choice of words. I wouldn't have used that choice of words; I would have said messed up or fouled up, but it was certainly not meant racist, If that's what the Democrats are going to try to do make this campaign into a race issue, they're going to get blown away in November," said Barnett.

Gillum referred to DeSantis's comments as taking a page out of the campaign manual of President Trump.

President Donald Trump, on Twitter, criticized Gillum as a "failed socialist mayor" and praised Republican Rep. Ron DeSantis, who credits the president for helping him win.

Not only did Congressman Ron DeSantis easily win the Republican Primary, but his opponent in November is his biggest dream....a failed Socialist Mayor named Andrew Gillum who has allowed crime & many other problems to flourish in his city. This is not what Florida wants or needs!

Gillum said, "DeSantis can do the bidding of big business and big lobbyists and Donald Trump and his divisive rhetoric. I'm going to be here to do the business of the people of the state of Florida."