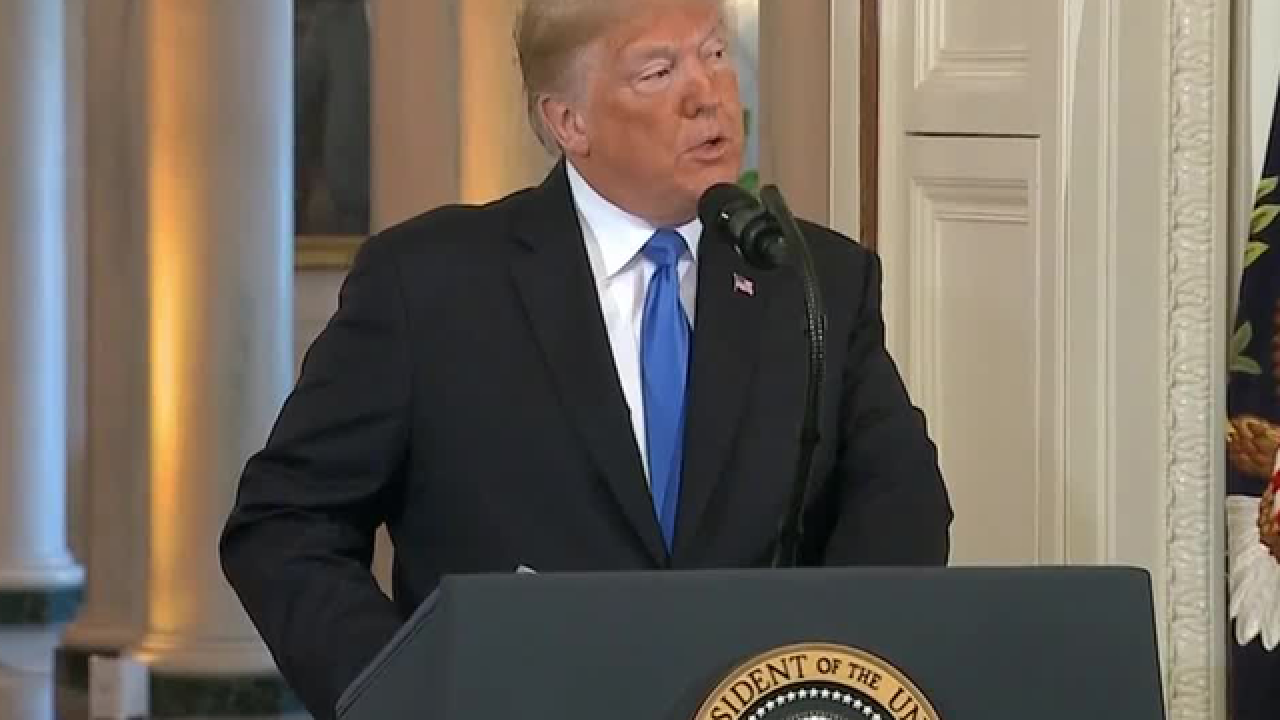 WASHINGTON (AP) — President Donald Trump is praising candidates who embraced his policies and principles during the midterm election, saying they "did very well."

In a tweet Wednesday, Trump tells those candidates who avoided him to "say goodbye!"

Trump campaigned repeatedly for Republican Senate and gubernatorial candidates in Missouri, West Virginia, North Dakota, Florida, Georgia and other states where he won in 2016. Several of those candidates won their races Tuesday night, while other contests remained too close to call.

Trump says Tuesday's "Big Win" for Republicans was achieved "all under the pressure of a Nasty and Hostile Media!"

But Tuesday didn't bring complete good news for Republicans; Democrats won back control of the House.