Politics in the workplace: What's acceptable and what's not

'I think it really can do some damage to relationships,' woman says of political discussions at work 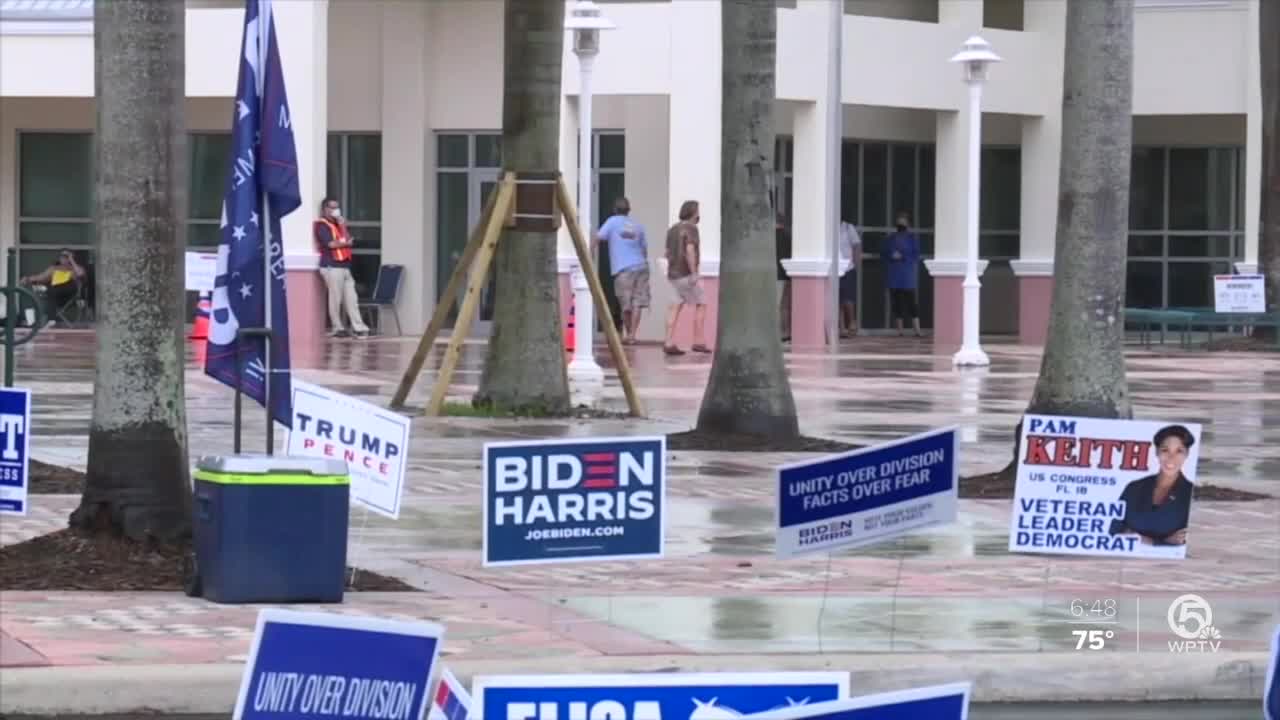 There is a line when it comes to discussing politics at work, as WPTV's Tory Dunnan explains.

WEST PALM BEACH, Fla. — Politics are an intricate part of everyday life, but what about in the workplace?

Jessica Clasby is a senior director of public relations for the Florida Sugar Cane League. Right now, she's working in person and at home.

Clasby said she's happy the political conversation has died down a bit, but said her mantra this year is to let people vent and not to get involved. She said overall her workplace has been good about it all.

"I have completely stayed out of it," she said. "Personally, I just don't engage in a conversation."

Politics in the workplace is definitely something employers and employees are navigating in a heated year.

"I've heard from a few of my friends, it's been very toxic to the point everyone has to work from home and just not have those conversations, which is sad," Clasby said.

Nicole Anderson, CEO of MEND, a human resources solution firm in West Palm Beach, said employers and employees alike should know what is OK and what is not when it comes to exercising political views at work.

"There are acceptable behaviors," Anderson said. "One is respect. You know, respect for other people's opinions."

She said be rational and don't get emotional. Also, make sure to hold yourself accountable as well. If it gets to be too much, Anderson suggested reaching out to human resources or management where you work.

"You go to the human resources department, and you say to them, 'Listen, I think this is getting a little more than I can handle. I need your help with it,'" she said.

Anderson suggested companies train on conflict resolution and build a culture and policy.

"You just have open discussions with your employees about what the expectations are," she said. "For a company, for the employer, is to make sure they have solid policies around workplace discussions, without impeding on somebody's First Amendment rights."

One of the biggest issues Anderson said she's seen involves political attire. She said if you don't have a dress code, get one for consistency reasons.

"Then you are 100%, as the employer, OK to say, 'Listen, that (Donald) Trump shirt or that (Joe) Biden shirt does not fit into our dress code,'" she said.

Clasby said she'll continue to stay out of it.

"I think it really can do some damage to relationships if you are talking about politics at work," she said.