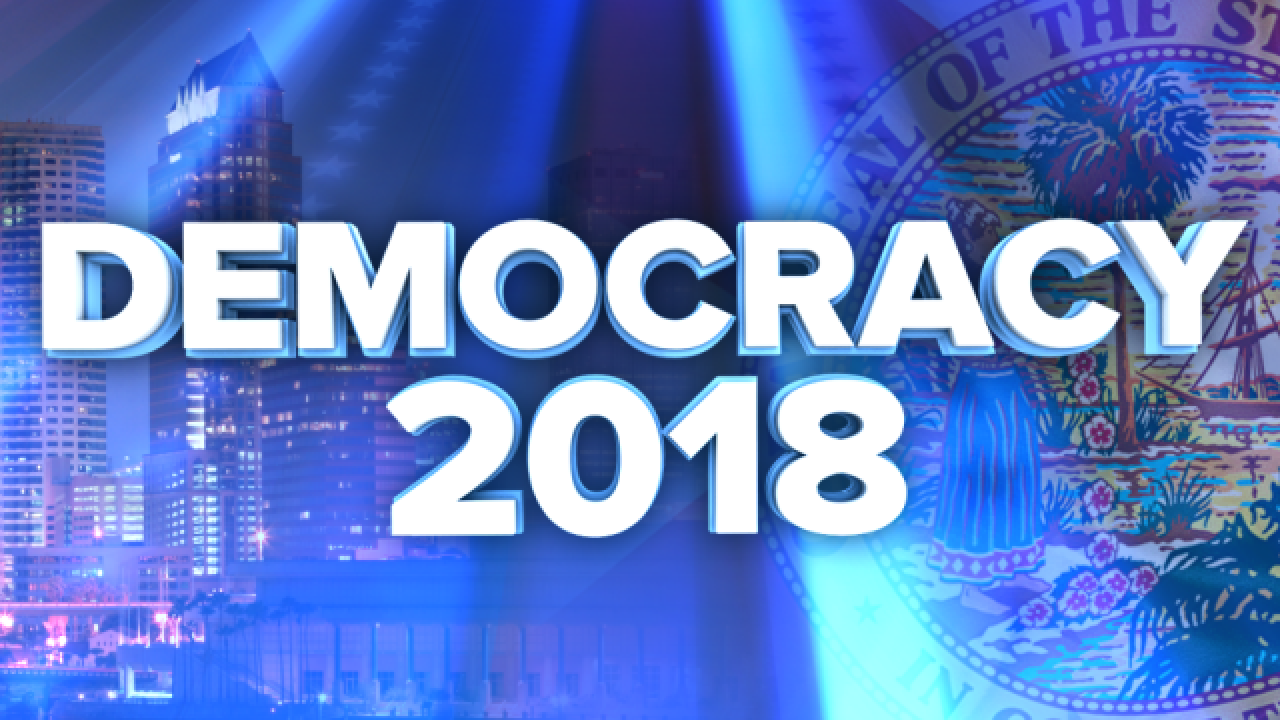 (CNN) Florida's coming US Senate showdown is already set, so the real drama Tuesday in the Sunshine State centers on a pair of gubernatorial primaries with national implications for both parties.

For Republicans, the candidate backed by President Donald Trump appears to have the advantage. Florida Democrats, meanwhile, believe they are finally on course to end two decades of Republican rule after losing each of the last two governor's races by a single percentage point.

Don't miss a moment of primary night! Watch live coverage as the results come in from 7 p.m. to 11:30 p.m. on Roku, Apple TV, Amazon Fire TV and Android TV.

First, though, they have to choose a nominee.

The Democratic primary has been expensive, with more than $100 million in spending, and messy, as a competitive field of five settled into what most expect to be a three-horse race on Tuesday.

Former Tallahassee US Rep. Gwen Graham -- the only woman in a field she described once as "Gwen and the men" -- enters primary day with a small but seemingly durable lead in the polls over her two strongest opponents, former Miami Beach Mayor Philip Levine and Tallahassee Mayor Andrew Gillum.

Billionaire Jeff Greene, running for office again after a failed 2010 Senate primary bid, has spent heavily but failed to get much traction. His expensive attacks on Graham and Levine helped clear some space for Gillum to charge forward.

Backed by Vermont's Sen. Bernie Sanders, who campaigned for him earlier this month, and a late rush of progressive groups, Gillum is vying to become the state's first black governor. He is the only non-millionaire in the field.

"The other side has the money, Andrew has the people," Sanders said at a rally in Orlando, channeling a line made famous by New York congressional candidate Alexandria Ocasio-Cortez in her viral ad from earlier this year.

Graham is also out to make some history. If she claims the nomination on Tuesday, she would become the 11th woman on the party's gubernatorial slate this fall -- a record. And with a win in November, Graham, who was endorsed in June by New York's Sen. Kirsten Gillibrand, would become the state's first female governor.

The daughter of former governor, US senator and state lawmaker Bob Graham, a Florida political brand in his own right, Graham is considered the more moderate choice among the Democrats, with Gillum pushing her from the left. A former PTA president, she has the support of the state's largest teachers' union.

Gillum is the only Democrat in the field who supports single-payer health care. He has also been the most vocal in calling for an end to the "Stand Your Ground" law opposed by the Democrats. The field is unanimous in its desire to expand Medicaid.

The 39-year-old has been outspent to varying degrees by his competitors, but he enjoyed a late boost from rich liberal donors and a band of outside groups. Billionaires Tom Steyer and George Soros, along with others, recently plunged $650,000 into the Gillum-associated political action committee, Forward Florida, while progressive groups -- including Indivisible Action, Our Revolution and People for the American Way -- pledged $3.5 million to turn out voters for Gillum over the final week of the race.

How much the late flurry of spending will change a contest that Graham has led in almost every poll of note for some time remains to be seen, as early voting -- by absentee ballot or in person -- had already begun. Gillum has also likely been hurt by the specter of an FBI investigation surrounding Tallahassee's city government, even as he has not been implicated in any wrongdoing.

On the Republican side, there is less drama -- at least for now.

Rep. Ron DeSantis is widely seen as the favorite to outlast state Agriculture Commissioner Adam Putnam, as he campaigns on nothing so much as his support for Trump. He's already made headlines with an ad featuring him building a "wall" (of blocks) with his young daughter and appearing to read from "The Art of the Deal" to his son.

Trump has endorsed DeSantis and campaigned for him at an event in Tampa late last month.
On Monday afternoon, Trump tweeted his support again, calling DeSantis "a special person who has done an incredible job."

Putnam, a longtime political officeholder, has been endorsed by state Attorney General Pam Bondi, an early Trump backer -- a point she made upfront in an ad for him.

But with time running out, most polling suggests he will have to do it from the sidelines.