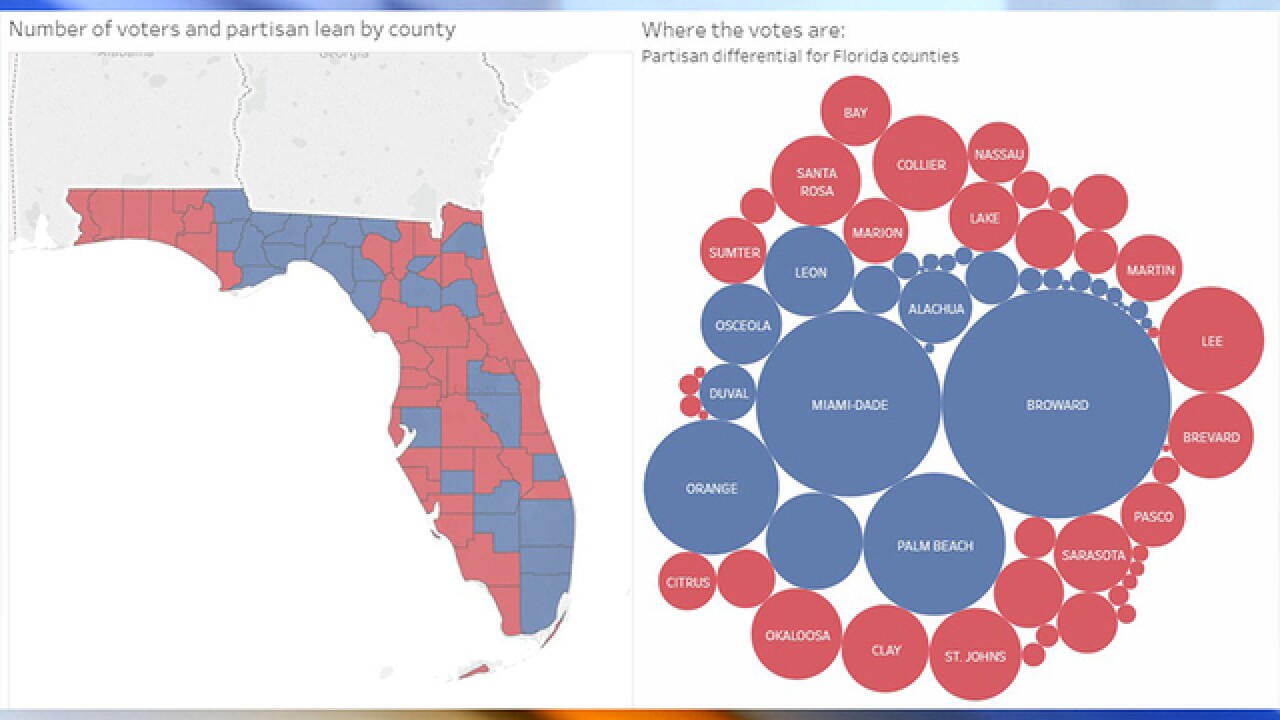 Just over 13 million Floridians are eligible to vote in today’s primary elections. One out of 10 of these voters live in our five-county area.

Of the 67 counties in the state, 40 have more Republicans than Democrats.

The area as a whole has nearly 100,000 more Democrats than Republicans as well as a significant number of people who don’t identify with either party.

In our 5 county area

Statewide 1.7 million people already cast ballots, either in person during early voting or mailing in their ballots. Republicans hold a slim margin of 43,528 votes cast.

In our area, 152,526 people had cast ballots prior to election day.

Democrats hold a 16,446 advantage in early votes and mail in ballots combined.

Explore Florida voter data in the charts below.