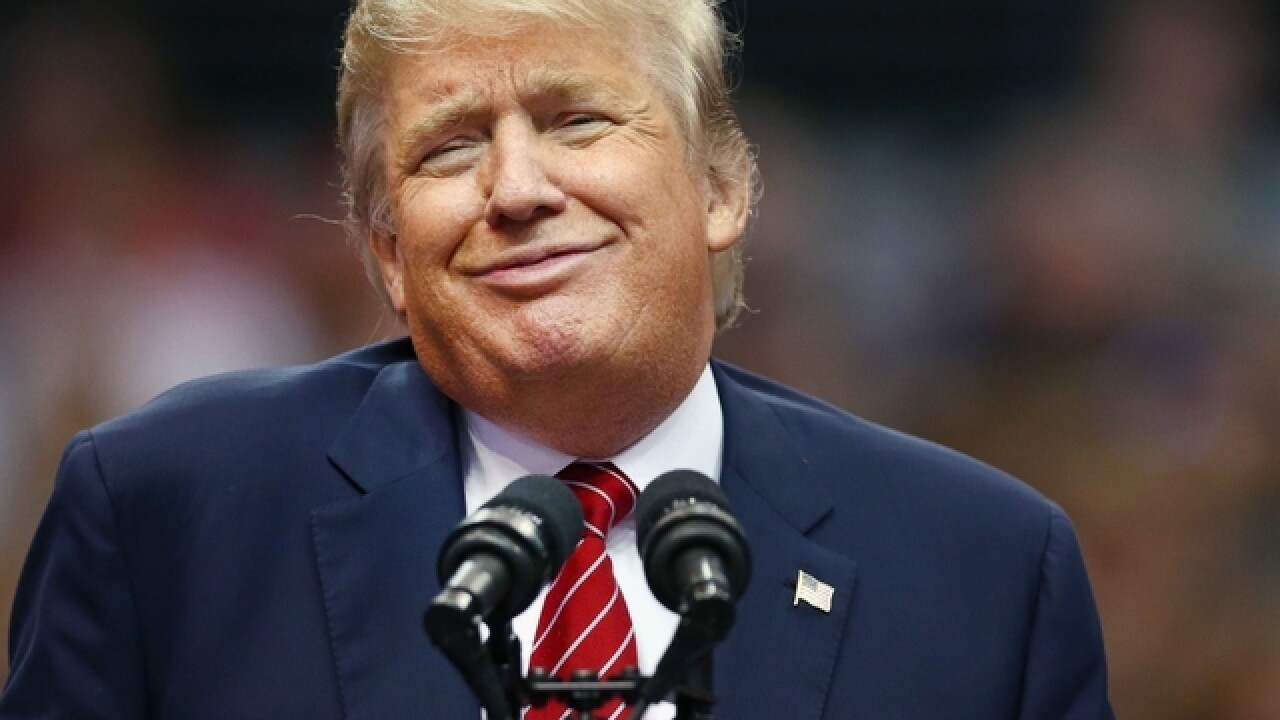 President-elect Donald Trump on Friday continues a tour of the states that won him the White House, a victory lap that so far has featured far more taunts of triumph than notes of healing.

Trump will depart New York for a rally in Orlando, Florida, saluting his Election Day victory in what was a must-win state for his upstart presidential bid.

The Republican businessman, who owns multiple properties in Florida, calls it his "second home" and relentlessly campaigned across it, successfully turning out white voters from non-coastal areas to best opponent Hillary Clinton's strength among minority voters in the state's large cities.

On Saturday, Trump will make the final stop on his "Thank you" tour at a football stadium in Mobile, Alabama, revisiting the site of the largest rally of his campaign.

That night, he will return to Mar-a-Lago, his palatial Palm Beach estate. Aides said the president-elect would likely spend all of Christmas week there, taking meetings and also relaxing with his family, and could stay at the coastal resort until New Year's.

Trump has conducted most of his Cabinet and White House interviews from his office in Trump Tower high above Manhattan. Those interviews, as well as meetings with his advisers, continued Friday morning and included a sit-down with Homeland Security Secretary Jeh Johnson, the only current member of President Barack Obama's Cabinet to make the trip to the tower.

Also on Friday, Trump's incoming staff — Reince Priebus — was expected to have lunch at the White House with President Barack Obama's current chief of staff, Denis McDonough. Other former chiefs of staff were also invited.

Meanwhile, three protesters who sued Trump claiming they were assaulted last March at one of his campaign rallies are asking the president-elect to sit for a deposition before he takes office next month.

Trump's attorney says he intends to "oppose any efforts to dispose the president-elect."

The president-elect was in Hershey, Pennsylvania, Thursday night continuing his barnstorming tour and called for the mostly white crowd to cheer for African-Americans who were "smart" to heed his message and therefore "didn't come out to vote" for his Democratic opponent Hillary Clinton.

"That was the big thing, so thank you to the African-American community," Trump said.

The president-elect, just more than a month until his Inauguration, boasted to that he captured a state that for many Republicans was "the bride that got away."

Pennsylvania had not gone for a Republican candidate since 1988. But the Trump campaign staff long thought that the state, rich in white working-class voters, would be receptive to his populist message and not be part of Clinton's hoped-for firewall.

Trump repeatedly campaigned there, drawing some of the largest and loudest crowds of the campaign. He won the state by less than 1 percentage point, giving him a vital 20 electoral college votes.

The evening rally in Hershey also featured a nearly 20-minute recap of Trump's election night win with the crowd cheering as the president-elect slowly ticked off his victories state by state, mixing in rambling criticisms of pundits and politicians from both sides of the aisle.

Trump praised Zinke, a former Navy SEAL, as having "built one of the strongest track records on championing regulatory relief, forest management, responsible energy development and public land issues." Zinke, 55, was an early supporter of the president-elect and publicly expressed his interest in a Cabinet post when Trump visited Montana in May.

As with several other Cabinet selections, Zinke has advocated increased drilling and mining on public lands and has expressed skepticism about the urgency of climate change. House Speaker Paul Ryan praised the pick, saying Zinke "has been an ardent supporter of all-of-the-above energy policies and responsible land management." But his nomination could have a ripple effect on control of the Senate, since Zinke now may forgo what was once a near-certain challenge to Democratic Sen. Jon Tester in 2018.

The president-elect also tapped attorney Daniel Friedman, his adviser on Israeli affairs, to be U.S. Ambassador to Israel. Friedman, in a statement, said he would help fulfill Trump's promise to move the U.S. Embassy from Tel Aviv to Jerusalem. Many Republican presidents have made a similar vow without success.

Trump also added to his national security team by announcing the appointments of retired Lt. Gen. Keith Kellogg as chief of staff of the National Security Council and Monica Crowley, a Fox News analyst, as the organization's director of communications. Kellogg spent more than 35 years in the Army and, in 2003, oversaw the efforts to form the new Iraqi military after it was disbanded. Crowley and Fox ended their relationship on Thursday.

Trump has two Cabinet selections yet to make, though he also needs to fill out much of his White House staff.