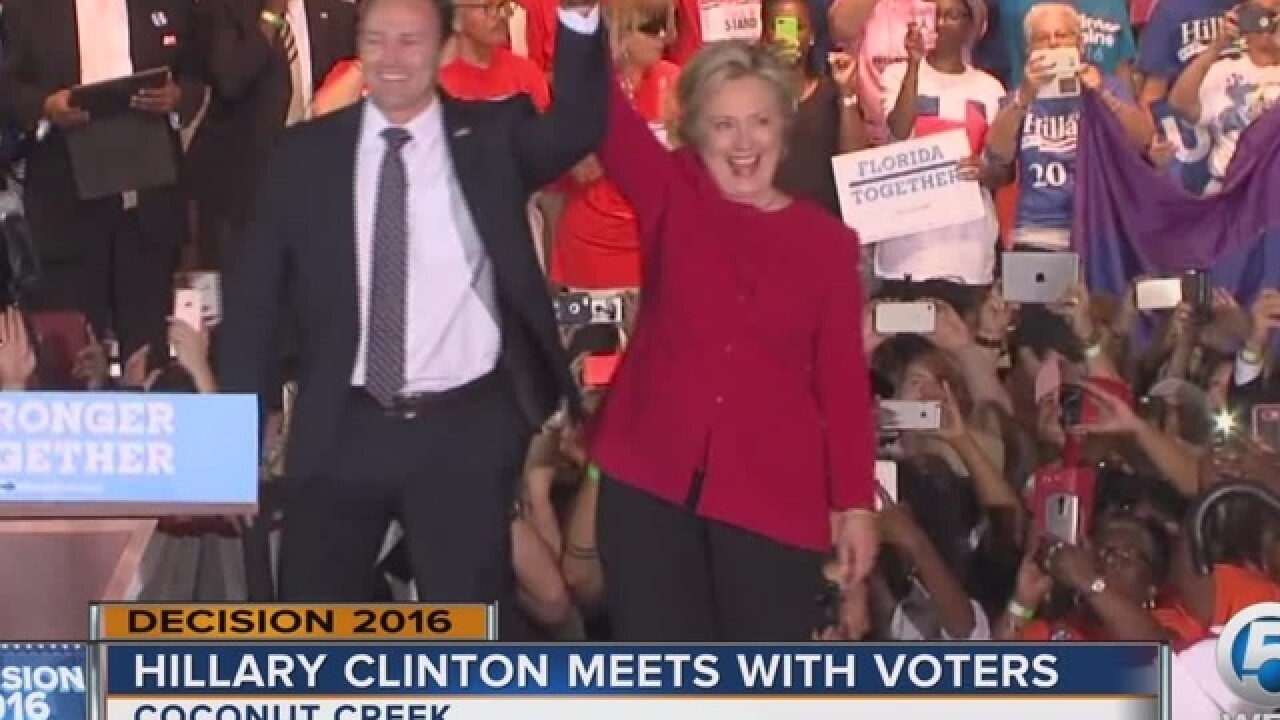 While Hillary Clinton continues to gain a more comfortable lead nationally, here in Florida, the race is still tight. And the stakes are still high.

“It’s going to be a close a election. Pay no attention to the polls,” said Clinton. “Don’t get complacent.”

Tuesday marks exactly two weeks until election day, and the must-win state of Florida is still stealing the spotlight.

“The bigger the turnout, the bigger statement we will make about the kind of country we are and the future we want to build together,” said Clinton to her supporters.

Her other main message was to support the democrats on the ticket.

Clinton attacked Rubio for his stance on climate change and for supporting Donald Trump.

“Unlike his opponent, Patrick Murphy has never been afraid to stand up to Donald Trump,” said Clinton.

The former Secretary of State talked everything from climate change to college tuition to the economy,
missing no chance to slam her Republican opponent.

Clinton will be in Palm Beach County Wednesday for another campaign event.

Meanwhile, Donald Trump is also focusing in on our tossup state. He has been campaign across Florida this week. He had two events Tuesday.