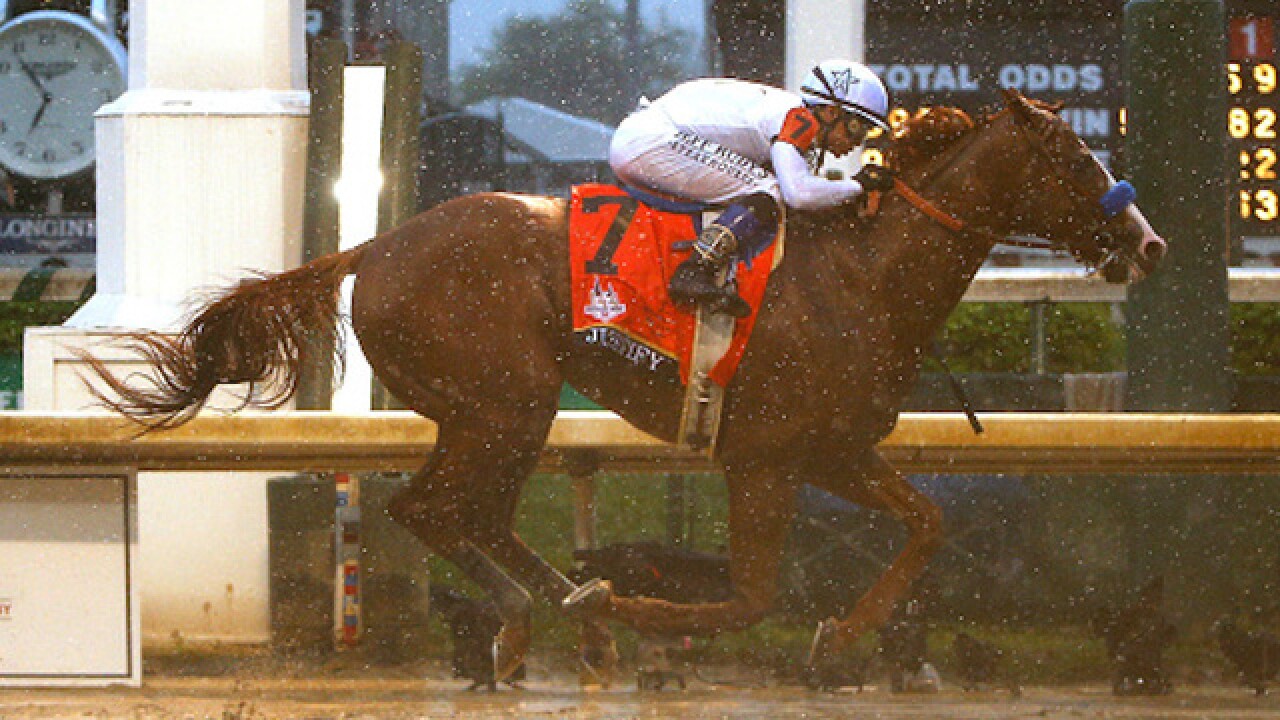 Image copyright 2018 Getty Images. All rights reserved. This material may not be published, broadcast, rewritten, or redistributed.
&lt;p&gt;LOUISVILLE, KY - MAY 05: Justify #7, ridden by jockey Mike Smith crosses the finish line to win the 144th running of the Kentucky Derby at Churchill Downs on May 5, 2018 in Louisville, Kentucky. (Photo by Michael Reaves/Getty Images)&lt;/p&gt;

NEW YORK (AP) — Justify is seeking to become horse racing's 13th Triple Crown winner and second in four years when he runs in the Belmont Stakes.

The Kentucky Derby and Preakness winner is the early 4-5 favorite for Saturday's 1 ½-mile Belmont, the longest and most grueling of the three-race series.

If Justify beats nine rivals in the 150th Belmont, Bob Baffert would become the second trainer to win the Triple Crown twice. He did so in 2015 with American Pharoah, a colt that ended a 37-year drought.

Justify is 5-0 in a career that began with his first race in February. He didn't compete as a 2-year-old.