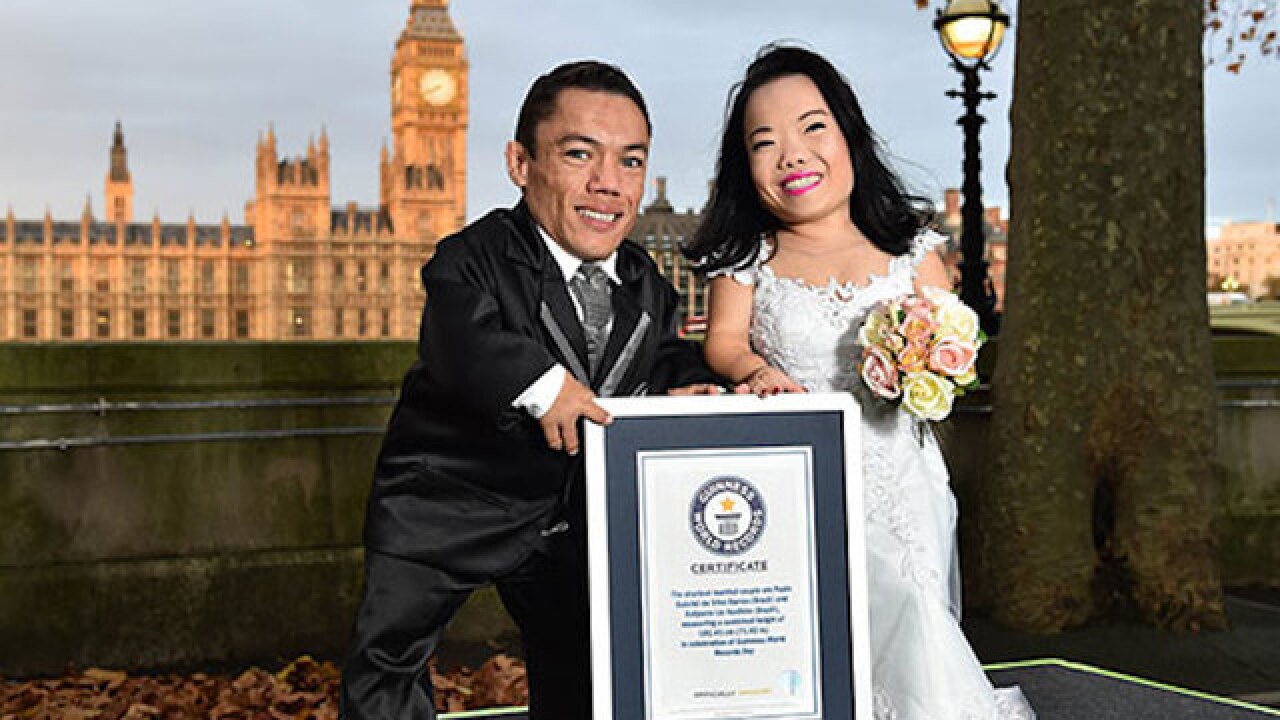 According to Guinness, the couple's combined height is 71.42 inches.

Groom Barros stands in at 35.44 inches, while his wife Hoshino is slightly taller at 35.88 inches.

The couple first talked in 2006 through an online dating site. The two didn't meet until December 2008. The two then immediately struck up a relationship.

"I found her very beautiful from the first moment I saw her," he said.

According to Guinness, the 31-year-old Barros did not begin walking until he was 21. Now, he uses a specialized boot that helps him walk without assistance. He also has since learned how to drive.

Both are able to work normal jobs. Barros works in government while she is a beauty salon owner.

Hoshino offered some words of wisdom to Guinness about her relationship.

"We may be short but we have big hearts and lots of love for each other as well as everybody in our lives," she said. "Our life isn’t without its challenges but we are so happy we can tackle these challenges together.”