Woman escapes kidnapping by writing '911' on hand, locksmith sees it 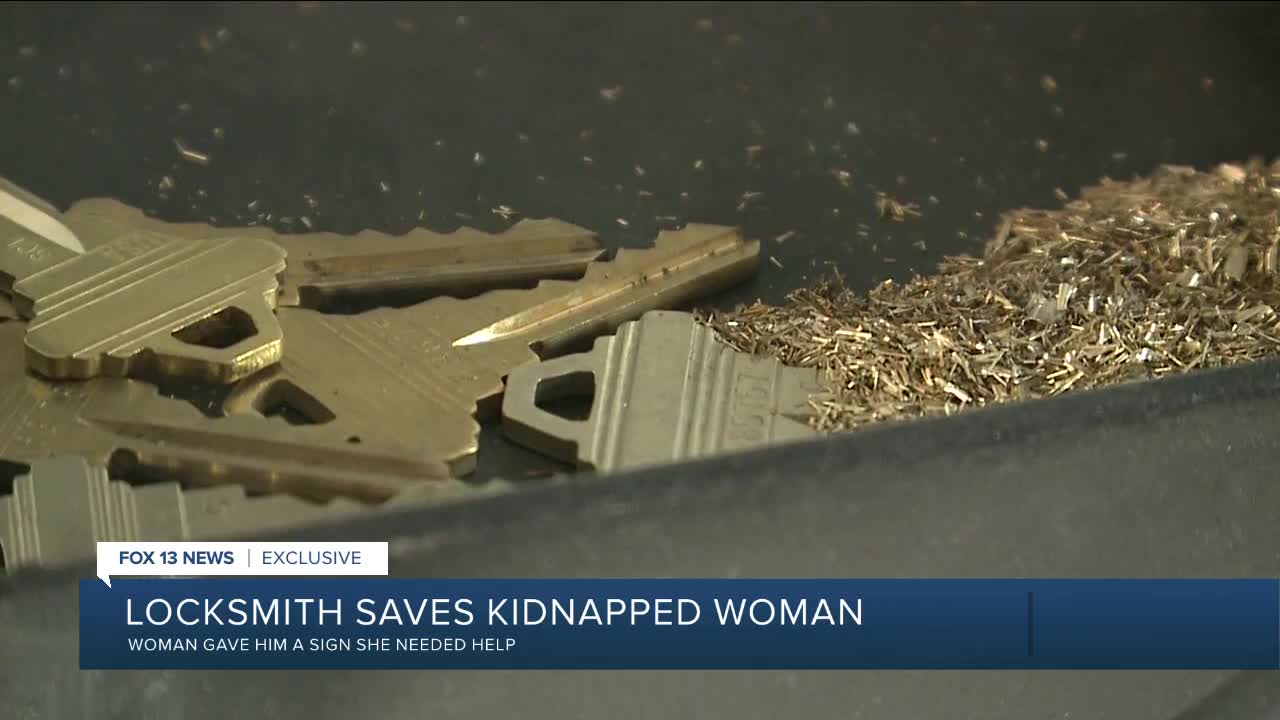 A local locksmith says he was tipped off by something very strange at a recent job, which led to him helping a woman escape from a kidnapping. 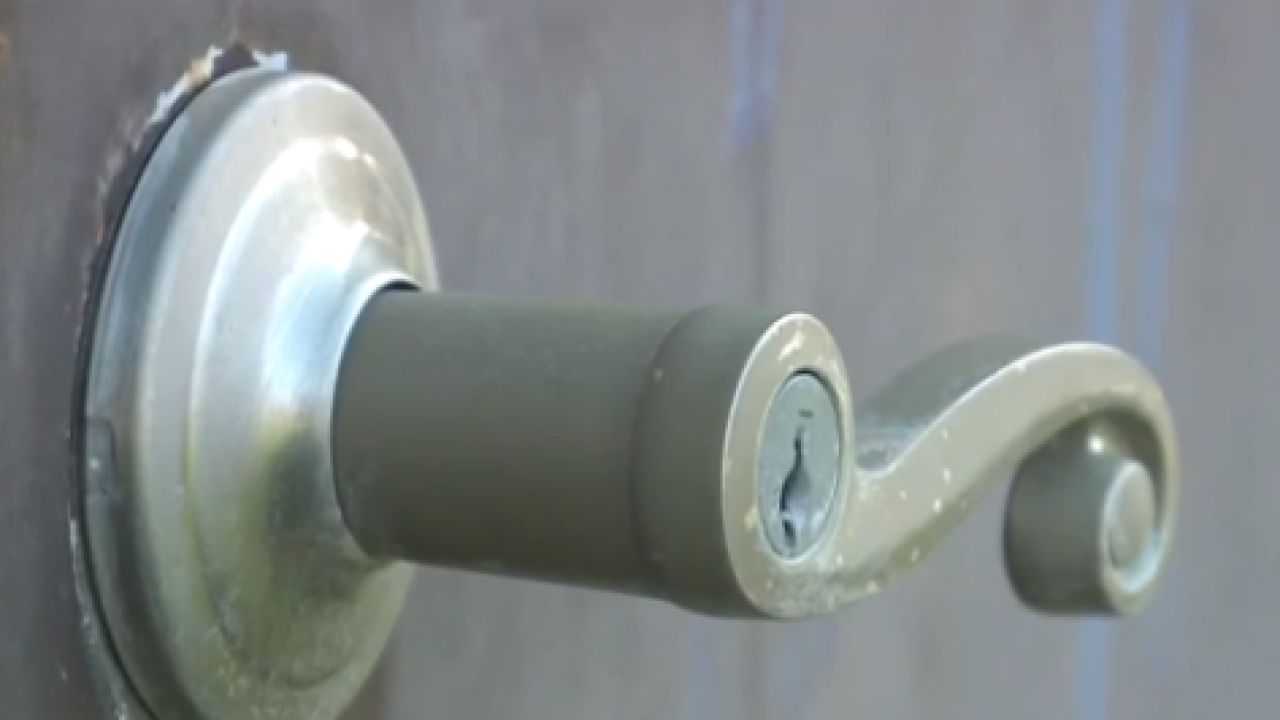 MIDWAY, Utah — A locksmith in Utah says he was tipped off by something very strange at a recent job, which led to him helping a woman escape from a kidnapping.

The woman signaled she needed help in a discreet way, and the locksmith called police.

"I would have been second guessing myself if I didn't do anything," said Greg, who didn't want his last name out there for safety reasons.

He owns a locksmith business and described how a lot of jobs that come in are simple "locksmithing 101."

It was that kind of simple job he thought he was doing on Friday at a home in Midway.

When Greg showed up to re-key a lock on the front door, he says things seemed very off between the woman who lived in the home and a man who was with her.

"There was a gentleman that was kind of hovering over her, wouldn't get really more than a foot away from her," he said. He described the behavior as "shadowing," and said it was very weird.

Greg went outside to his van to make new keys. When he stepped back inside the house, he says the woman gave Greg a sign she needed help.

"She's sitting there talking to me about what types of payment I take and everything, and she's kind of turning, she's at a little bit of a different angle and she's holding up her hand kind of like this with her palm open, and she has '911' written on her hand," Greg remembered. "So obviously, that drew some attention from me. But I was wearing a mask, so I couldn't mouth anything to her or anything."

Greg also noticed that the woman had to ask the man to get access to her phone, in order to pay Greg over Venmo.

"That kind of was another little red flag," he said. "She's showing me the '911' again, kind of making sure that I saw it. And I made eye contact with her, to basically let her know that 'yeah, I saw it.'"

Greg said it caused him turmoil and he didn't know what to do. He left and immediately called a friend he knows in the FBI to consult about what he saw. His friend told him to call police immediately, so Greg called the Wasatch County dispatch to report what he saw at the home.

The Wasatch County Sheriff's Office responded and arrested Grant Nielsen Eggertsen on charges of aggravated kidnapping, interruption of a communication device and assault.

According to charging documents and the Wasatch County Sheriff's Office, Eggertsen previously dated the woman and became upset that she was dating someone new.

He had a key to the house, documents state, and showed up on Oct. 1, took the woman's phone, assaulted her and made threats to harm himself and burn down the woman's home.

It was the next day that Greg showed up for his appointment the woman had previously scheduled to change the locks. She told police she made the appointment before Eggertsen arrived because she didn't want him in the home.

"The lady was pretty smart to be able to do what she did," Greg said. "And so, it's not like I was trying to guess what was really going on. She gave me some great clues that there was an issue there."

For a call that went beyond changing the locks, Greg got the job done.

"When found out that he had been arrested, charged and stuff, I was kind of like, 'Okay, good. Good. That's good,'" he said. "I'm glad that the woman, the lady, is safe and that nothing bad happened."

If you or someone you know is experiencing domestic violence, please call the Utah Domestic Violence Coalition 24-hour hotline at 1-800-897-LINK. It is free, confidential, and advocates can offer resources.

This story originally reported by Lauren Steinbrecher on Fox13now.com.