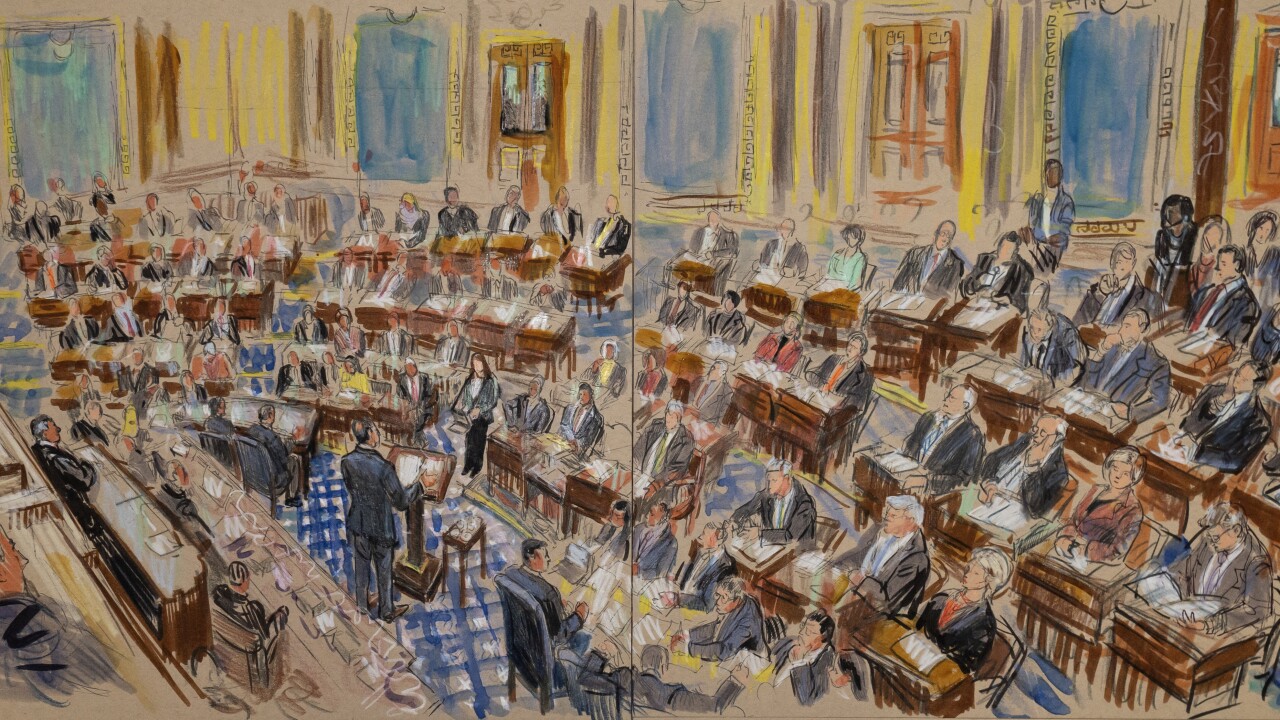 Despite objections from many reporters, cameras operated by reporters have been banned from the US Senate gallery during the duration of the impeachment removal trial of President Donald Trump.

Video from Tuesday's trial came from cameras operated by the Senate. The Senate's video feed focused on the speaker, and rarely showed the entire chamber.

The only still images that came from the US Senate chamber were from a number of sketch artists from major media organizations.

The Associated Press have provided the following sketches from Day 1 of the trial.