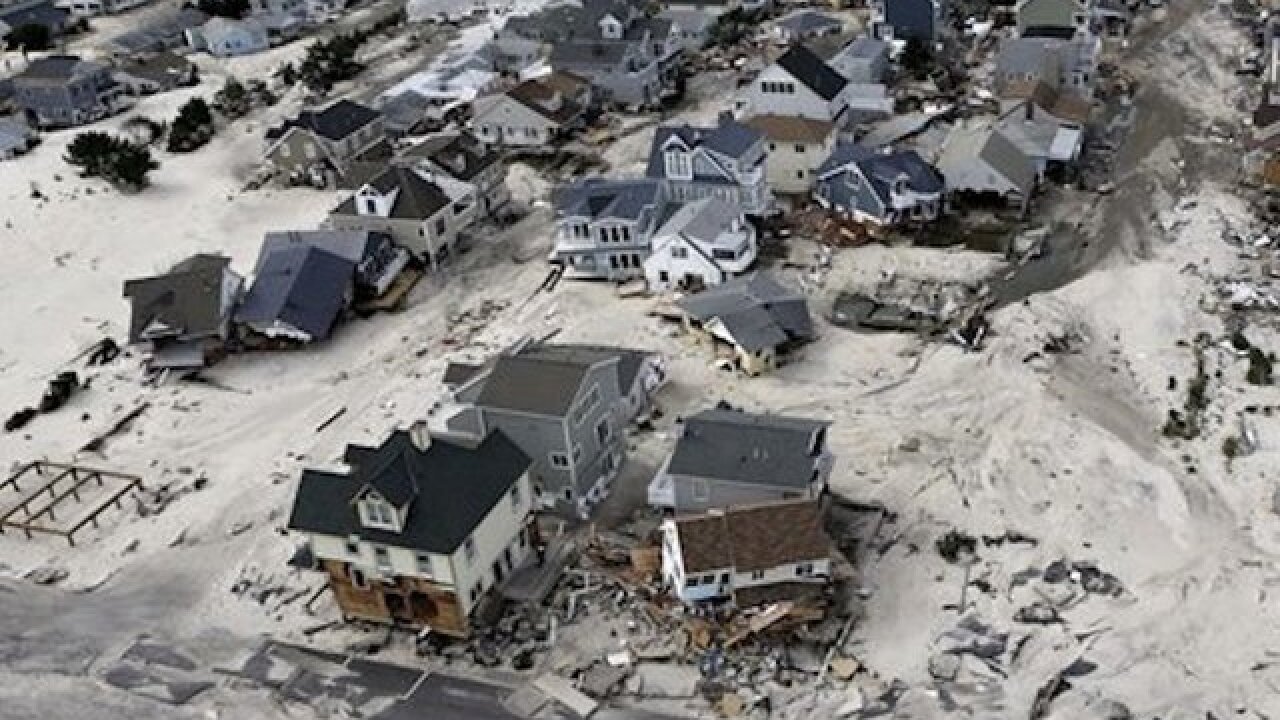 Copyright Associated Press
&lt;p&gt;In this Oct. 31, 2012 file photo, a view from the air shows the destroyed homes left in the wake of Superstorm Sandy in Ortley Beach, N.J. Sea levels on Earth are rising several times faster than they have in the past 2,800 years and are accelerating because of man-made global warming, according to new studies. An international team of scientists dug into two dozen locations across the globe to see what the sea level was for the past 2,800 years. They charted gently rising and falling seas over centuries and millennia. (AP Photo/Mike Groll, File)&lt;/p&gt;

WASHINGTON (AP) — Federal meteorologists say the winter that has just ended was the hottest in U.S. records, thanks to the combination of El Nino and man-made global warming.

The average temperature for the Lower 48 from December through February — known as meteorological winter — was 36.8 degrees, 4.6 degrees above normal. It breaks the record set in 1999-2000.