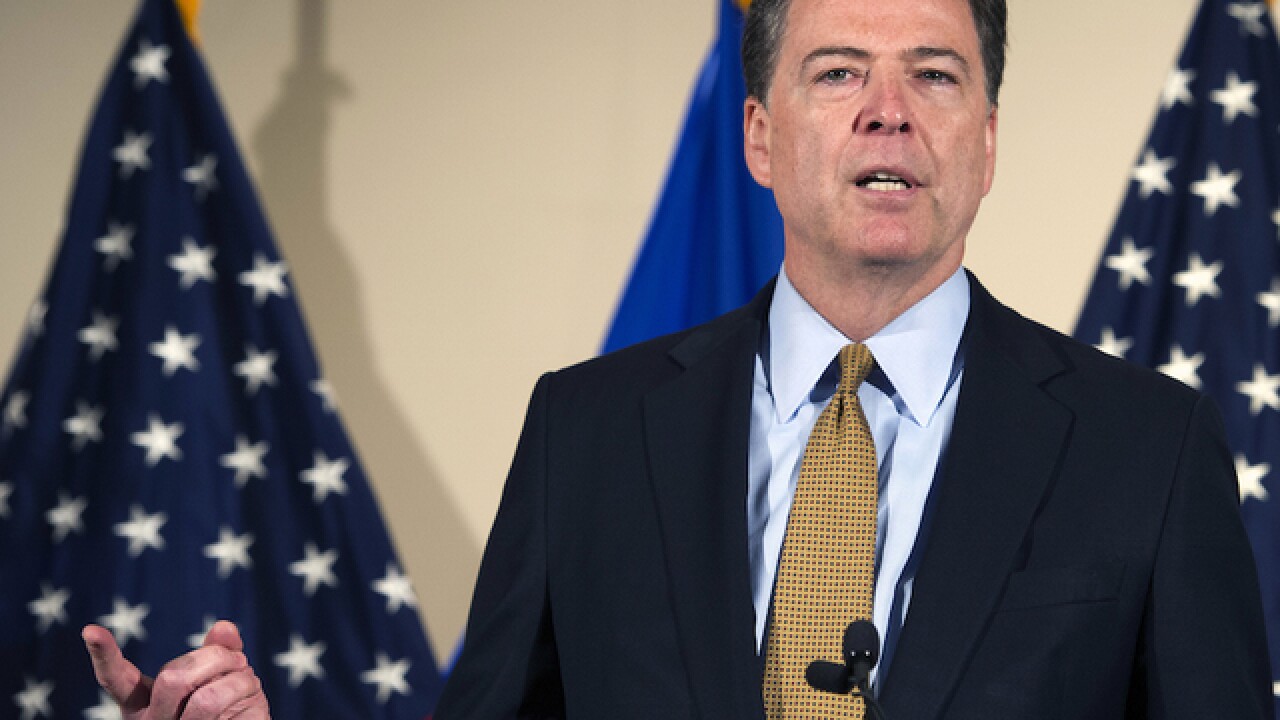 WASHINGTON (AP) — The Latest on the U.S. presidential campaign (all times EDT):

Donald Trump is criticizing the FBI's decision not to criminally charge Hillary Clinton. He says "now it's up to the American people to deliver justice at the ballot box."

Trump kicked off his Election Day eve blitz with a rally Monday in Florida. He told the Sarasota crowd that "the system is rigged, but at least we know it."

He claimed that "our country is a laughing stock all over the world."

The Republican nominee than pantomimed quotation marks when he said the word "justice" as he hit the FBI and the Department of Justice for their handling of the case.

FBI Director James Comey notified Congress Sunday that a review of new emails connected to Clinton's servers did not produce evidence that would warrant charges.

An ex-aide to former President Bill Clinton alleged in a hacked email that Chelsea Clinton used the family's charitable foundation to help underwrite her 2010 wedding.

The 2012 exchange between Doug Band and Hillary Clinton campaign chairman John Podesta was released by the WikiLeaks organization. Stolen messages have chronicled tensions within the Clinton Foundation between Band and the daughter of the Democratic presidential nominee.

Band told Podesta that Chelsea Clinton was gossiping to outsiders that she was investigating questionable spending. Band suggested that she is the one who should be scrutinized for "using foundation resources for her wedding." He did not provide details about this. A Clinton Foundation spokesman did not immediately respond to a request for comment.

Band was later forced out amid issues with his outside consulting firm.

Donald Trump is kicking off his last, breakneck day of campaigning before polls open with a rally in Sarasota, Florida.

Trump is telling thousands of supporters packed into a local fairgrounds arena Monday that the election is now in their hands.

Trump is planning to continue a frenzied campaign pace, with rallies in five states Monday, including North Carolina, Pennsylvania, New Hampshire and Michigan.

Trump is also continuing to paint rival Hillary Clinton as a corrupt and alluding to the scrutiny of her use of a private email sever as secretary of state.

Trump is also having some fun. At one point, he held up a mask in his likeness and complimented its hair.

The White House says it will "neither defend nor criticize" FBI Director James Comey's decision to send a new letter to Congress about Hillary Clinton's emails.

That's the same phrasing the White House used when Comey initially announced that the FBI was looking into more emails related to its investigation of Clinton. In a follow-up letter Sunday, Comey said the FBI review was completed and it was standing by its recommendation that no charges be filed.

White House spokesman Josh Earnest on Monday told reporters aboard Air Force One that the White House hasn't been briefed on the investigation and didn't receive advance notice about Comey's latest letter.