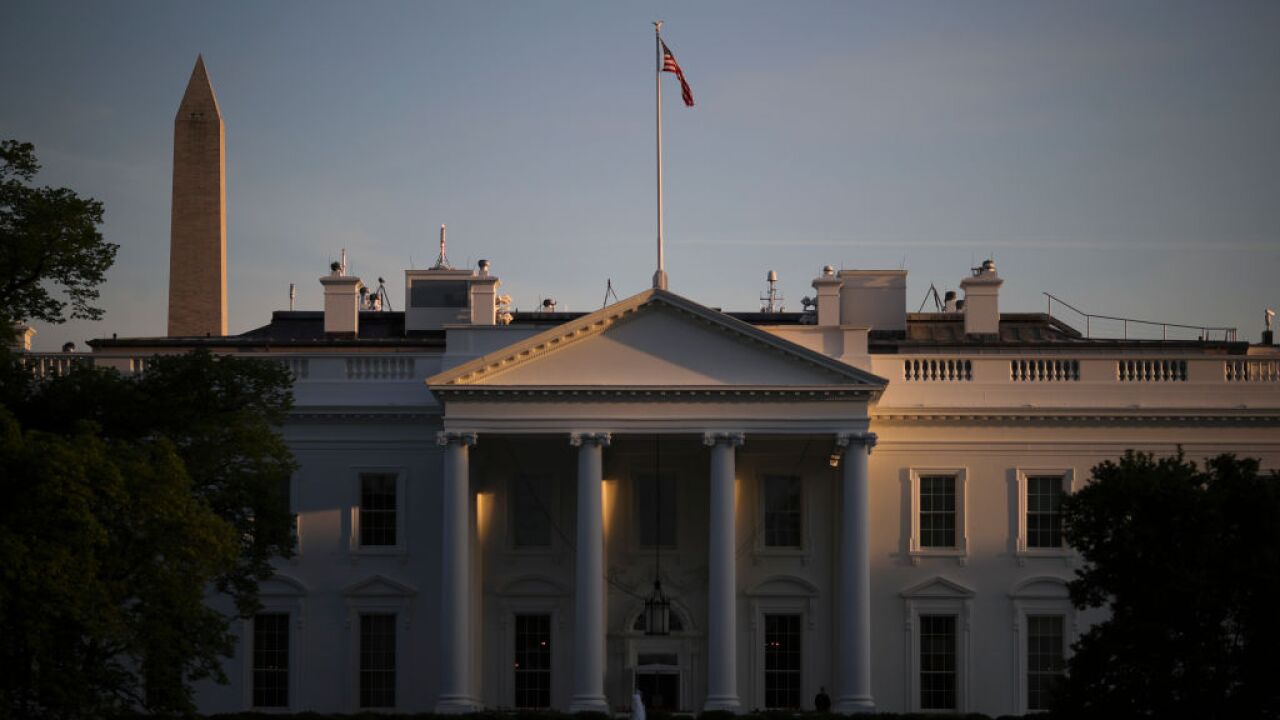 The latest standoff between House Democrats and the Trump administration over the testimony of State Department officials has the White House raising fresh questions in a new letter sent Tuesday about why the House is not voting to authorize a formal impeachment inquiry.

The White House and its Republican congressional allies have argued that such a vote is necessary, and President Donald Trump's lawyers told House Democrats in the letter that the President and his administration won't cooperate in the ongoing impeachment inquiry, arguing the proceedings amount to an illegitimate effort to overturn the 2016 election results. The lengthy letter all but dares House Speaker Nancy Pelosi to hold a formal vote opening an impeachment inquiry into Trump, though it does not explicitly call on her to do so.

But Pelosi has said that Democrats don't need to take a vote and has shown little interest in doing so after she announced last month the House would open an impeachment inquiry , accusing the White House of trying to play politics and arguing that House rules don't require a vote.

The reasons Pelosi is not planning a vote are both practical and political: Taking the step of passing a formal impeachment inquiry resolution is a complicated and time-consuming endeavor that has political downsides, from drafting the exact language of the resolution, to holding a complicated floor debate and to putting some members in a tough spot.

Moreover, having a vote on an impeachment inquiry resolution would give Republicans an opening to argue they should have subpoena power like in past impeachment proceedings, something that Democrats would almost certainly never allow.

Pelosi has dismissed the calls for an impeachment vote from Trump and congressional Republicans as nothing more than a "Republican talking point."

"If we want to do it, we'll do it. If we don't, we don't," Pelosi told the Atlanta Journal Constitution's editorial board Friday. "But we're certainly not going to do it because of the President."

The showdown between the Trump administration and Democrats escalated on Tuesday when the State Department blocked US Ambassador to the European Union Gordon Sondland from appearing before the committees leading the impeachment inquiry. The State Department's stance also jeopardizes the testimony of other State witnesses the committees intend to hear from.

In the letter to the House, the White House claims Trump's due process rights have been circumvented without a vote, and that Trump has no choice but to not cooperate. The letter also makes clear the administration will continue to reject requests from Democrats if the proceedings continue in their current fashion.

Still, officials declined to say ahead of the letter's release how much Trump would be willing to provide if a successful vote was held.

In the White House's letter to congressional Democrats, Trump's lawyers take direct aim at House Intelligence Chairman Adam Schiff for saying his committee hadn't had direct contact with the whistleblower and for reading a dramatized version of Trump's call with Ukraine's President.

The letter also addresses what White House lawyers contend are irregularities in the way Democrats have moved forward with the impeachment inquiry. It identifies the current inability of House Republicans to call witnesses or issue subpoenas, or for the President's lawyers to cross-examine witnesses.

Separately, the White House has reached out to outside lawyers for impeachment counsel, according to a person familiar. One of the lawyers they reached out to is Trey Gowdy, a former Republican congressman and federal prosecutor from South Carolina. While in Congress, Gowdy led the House Select Committee on Benghazi .

Pelosi last week fought with the top House Republican, Minority Leader Kevin McCarthy, over a formal vote. McCarthy wrote to Pelosi last week calling on her to suspend the impeachment inquiry until "equitable rules and procedures are established." He argued the House should vote on authorizing an impeachment inquiry just as it did when Congress opened inquiries with Presidents Richard Nixon and Bill Clinton, and that the House minority should have subpoena power as it had in previous inquiries, too.

Pelosi dismissed McCarthy's letter, responding there was "no requirement under the Constitution, under House Rules, or House precedent that the whole House vote before proceeding with an impeachment inquiry."

For Democrats, there isn't an incentive to put an impeachment inquiry to a vote when the House is already conducting one.

In addition, Pelosi doesn't need the House vote authorizing an inquiry because her caucus already has extra legal authority compared to past inquiries.

During the Clinton and Nixon impeachment inquiries, the House passed their inquiry resolutions so they could gain tools like more subpoena power and depositions, and included in those resolutions were nods to bipartisanship that gave the minority party subpoena power, too.

But the House rules have changed since the last impeachment of a president more than two decades ago. In this Congress, the House majority already has unilateral subpoena power, a rule change that was made when Republicans last controlled the House, so Democrats don't need to pass any resolution to grant those powers.

Legally, the Democrats' hand in court could be strengthened by voting on an impeachment inquiry as they attempt to force the Trump administration to turn over documents and share other information related to several ongoing investigations. So far, however, a formal impeachment inquiry hasn't been necessary for federal judges to decide Congress can issue significant subpoenas related to Trump, including for his tax returns .

Questions about the strength of Congress' subpoenas are also on the table at a federal court hearing in Washington Tuesday morning. In that case, Chief Judge Beryl Howell is considering whether to release secret grand jury information from the Mueller report to the House, which claims it's needed for the impeachment probe.

While other cases the Democrats are currently fighting in court relate to special counsel Robert Mueller's investigation and possible obstruction of justice, Democrats are sharpening their focus just on Ukraine with their impeachment inquiry.

And they're moving the investigation along a timeline that doesn't have enough leeway to try to use the courts to enforce subpoenas. Instead, the courts come into play in impeachment as attempts by Trump or the White House to slow down the House proceedings — Democrats are likely to cite defied subpoenas in potential articles of impeachment as obstruction of Congress, as House Intelligence Chairman Adam Schiff did on Tuesday.