'I will not lie, you have my word on that:' New White House press secretary hosts first briefing 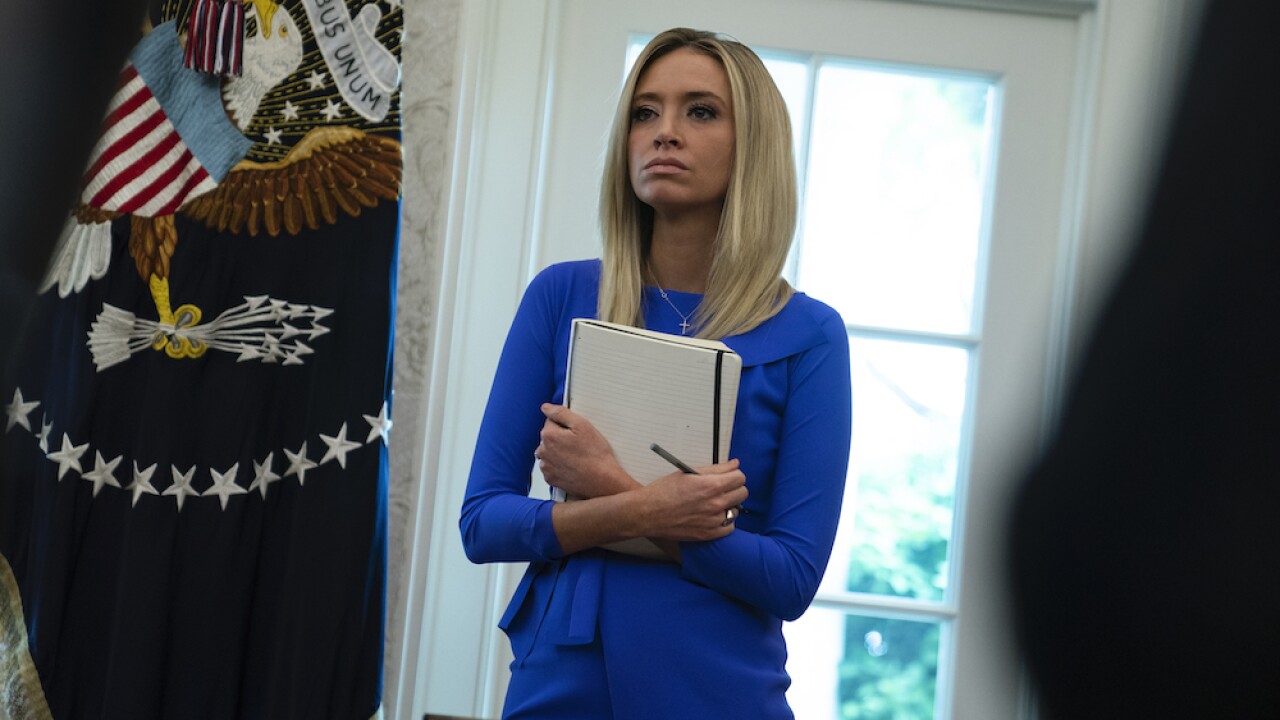 White House press secretary Kayleigh McEnany made her first on-camera appearance in the briefing room Friday and promised reporters that she would be truthful during briefings.

"I will not lie, you have my word on that," McEnany said when asked directly if she would lie on behalf of the president.

Friday's press briefing was the first one held by a White House press secretary since March 11, 2019.

McEnany was also asked about presumptive Democratic nominee Joe Biden's denial of sexual assault rumors Friday, saying she was glad Biden had gone "on the record" with his denial.

She also addressed rumors that Trump was considering putting tariffs on Chinese goods as a response to the coronavirus. McEnany said she would not "get ahead" of the president in any announcements, but added the administration was not happy with China.

McEnany was appointed as press secretary on April 7. She took over for Stephanie Grisham, who went her entire nine-month tenure without holding an on-camera press briefing.

She also said Friday she plans to hold more press briefings in the near future.

McEnany previously served as a national spokesperson for the Republican National Committee. She's the fifth person to serve as press secretary in President Donald Trump's administration.

During an April 23 briefing, Trump asked health officials to investigate a method to inject sick people with disinfectant in the hopes of killing the coronavirus. Since then, the coronavirus task force has held just two press conferences.

McEnany seemed to indicate that her future press briefings would not feature the administration's top health officials like Dr. Deborah Birx and Dr. Anthony Fauci. She added those officials would still be making media appearance elsewhere, but indicated she will take control of briefings as the country enters a "reopening phase."

Trump appeared on camera for public events not related to the coronavirus this week — on Tuesday, he spoke about the Paycheck Protection Program, and on Thursday, he held an event about keeping seniors safe.