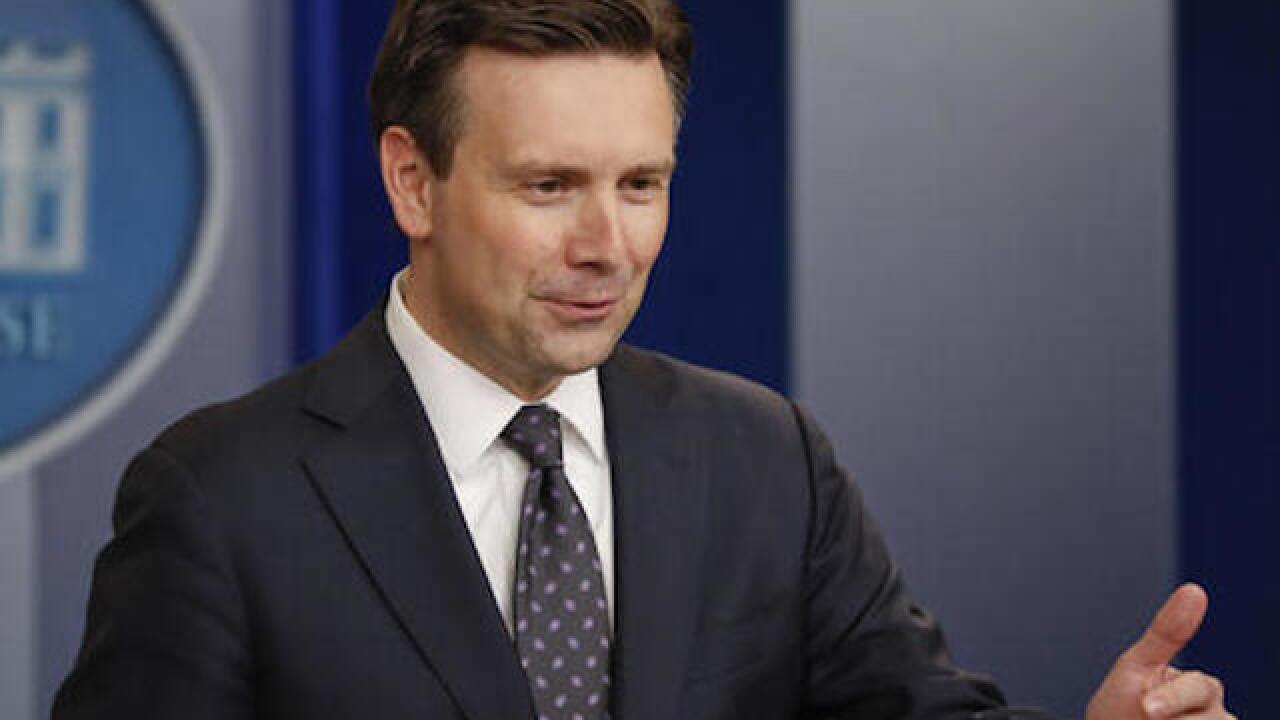 WASHINGTON (AP) — White House spokesman Josh Earnest said he will neither "defend nor criticize" FBI Director James Comey's decision to disclose that the FBI is looking into newly discovered emails that may be pertinent to their dormant investigation of Hillary Clinton.

Earnest said Monday that there are significant institutional responsibilities that the Department of Justice must fulfill. He said that President Barack Obama believes "Director Comey is a man of integrity. He's a man of principle and he's a man of good character."

Earnest said Obama believes that Comey isn't trying to help one presidential candidate over another.

He said Comey is in a tough spot, but the FBI director is in the best position to defend his actions in the face of significant criticism.