WATCH: Man wearing jetpack flies over Dublin like it's no big deal 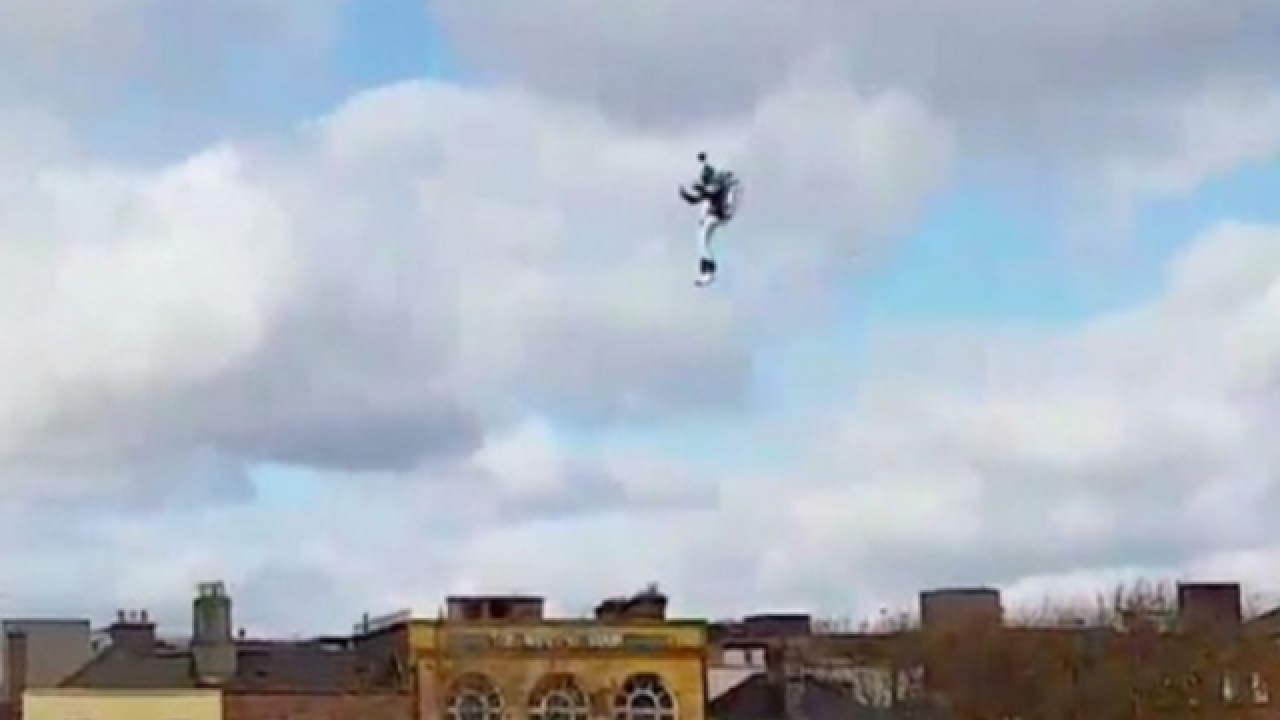 It looks like something straight out of The Jetsons, but these videos are very much real.
Residents in Dublin, Ireland, were shocked on Wednesday to look up into the sky and see a man zipping past birds like it was no big deal.

Some fella flying down the Liffey with a jetpack #dublin #liffey @todayfm @98FM @rtenews @FM104 pic.twitter.com/OJCoq2qRRp

Strapped into a jetpack, the unnamed man flew along the River Liffey, as onlookers whipped out their cell phones in a hurry to capture the bizarre sight on video.
The stunt man – or time traveler, we can’t decide – finally came to a landing on a raft marked with branding for the Samsung Galaxy S7.
It’s speculated that the stunt was meant to promote the launch of the brand’s new smartphone on Friday. And it worked.
Samsung, you have our attention -- now please, do it again.
Copyright 2016 Scripps Media, Inc. All rights reserved. This material may not be published, broadcast, rewritten, or redistributed.