Watch: Lava from volcano moves down road in Hawaii neighborhood 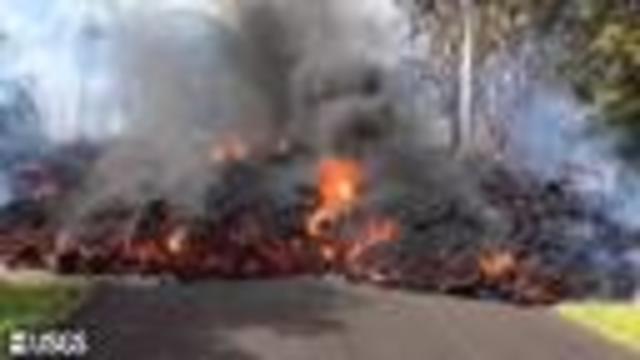 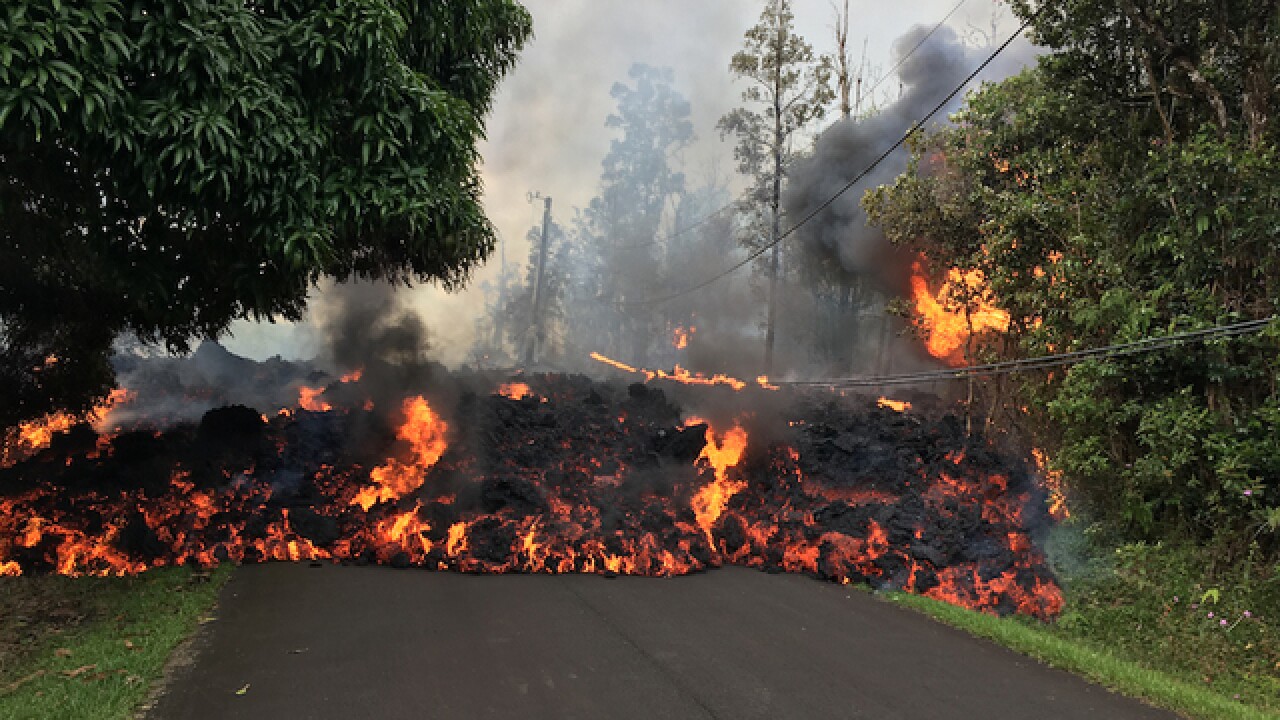 The U.S. Geological Survey is monitoring the recent eruption of the Kilauea Volcano in Hawaii and has made photos and videos of it available to the public.

Small cracks began appearing on May 1 following a powerful earthquake, and Kilauea erupted May 4, sending lava onto surrounding roadways. The USGC said on Sunday night, May 6, the volcano's summit lava lake had dropped significantly, and was roughly 220 meters below the crater rim.

An overnight video from the main affected neighborhood, Leilani Estates, shows lava erupting from a fissure and advancing north. The lava flow continued to advance several hours after the fissure eruption diminished, the USGS said.

In another video (attached to this article), a lava flow can be seen moving on Makamae Street in the Leilani Estates around 9:30 a.m. local time on Sunday, May 6.

By Sunday night, at least 10 fissures had opened, and 26 homes had been destroyed, CNN reports. The active venting of lava and hazardous fumes was ongoing.

As of Monday morning, the USGS still had a current volcano alert level of "warning" in effect, and the code color is orange.