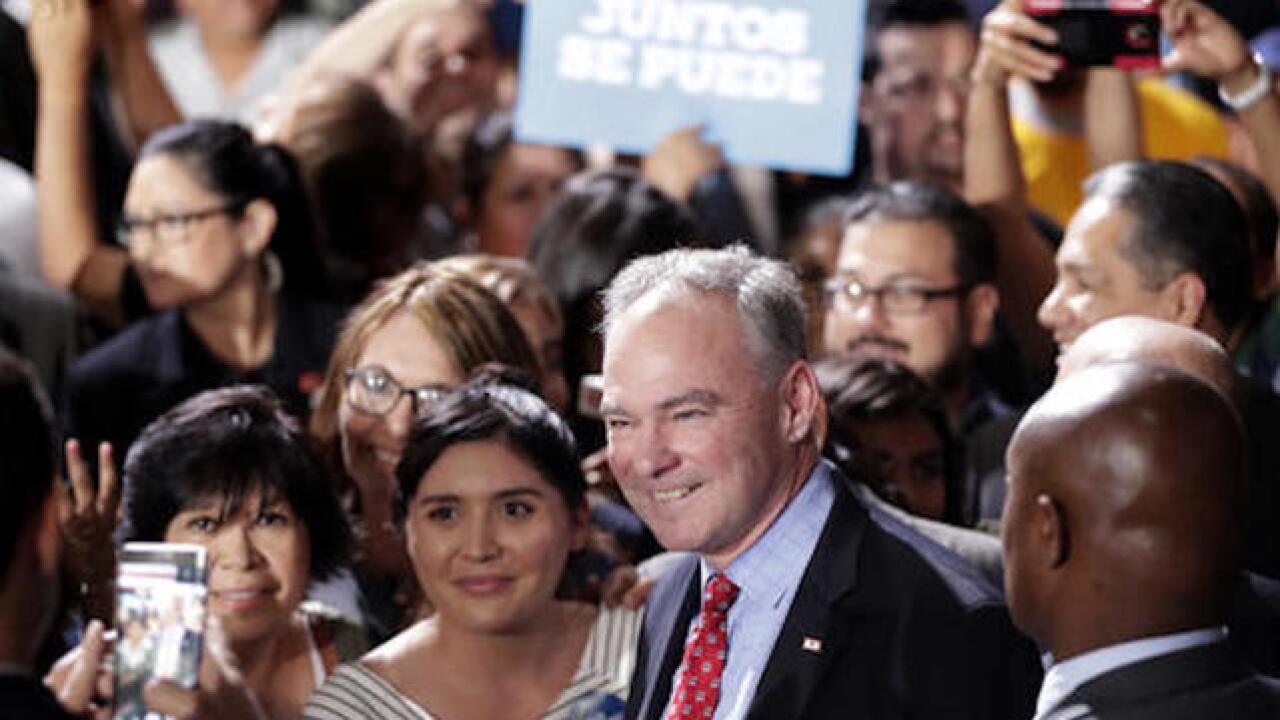 The senator from Virginia spoke entirely in Spanish for about half hour a small crowd in a largely Hispanic area of Phoenix. He touched on immigration reform, the economy and the importance of being inclusive. He also criticized Republican Donald Trump's comments about Latinos and Maricopa County Sheriff Joe Arpaio's immigration raids.

"With so much at stake for the Hispanic community, it's important that our campaign use the language that so many families around the country use," Kaine said with a slight accent to a group of about 150.

The speech comes as Democrats court Latinos in Arizona in hopes of a historic win there on Tuesday. Only one Democratic candidate, Bill Clinton in 1996, has won the state since 1948. Nearly a third of the state is Hispanic, and it's home to 11 electoral votes.

Hearing a candidate for national office deliver an entire speech in Spanish was effective for some attendees in a year in which Republican presidential candidate Donald Trump has proposed a crackdown on illegal immigrants, a border wall Mexico would pay for and has called Mexicans illegally coming over the border rapists.

"It means a lot because I think in the future every politician in this country who tries to reach Hispanics will have to speak Spanish," said Maria Elena Gutierrez, an elementary school teacher. "It's almost like a prerequisite."

Lydia Hernandez, former state lawmaker, said she loved that he made the effort to communicate with the largely Hispanic community in the Phoenix neighborhood of Maryvale.

"He spoke a lot better than a lot of us," Hernandez said, adding that the approach was affective. "I feel like it's catering to me. It gives me the chills."

Shirley Vigil, a retiree, said it wasn't that important to her that he speak in Spanish because she speaks both languages fluently. But she was impressed with his level of skill.

"I think he speaks better Spanish than I do," Vigil said.

Kaine learned Spanish while a young missionary in Honduras. His language skills have come in handy for Hillary Clinton, who is hoping to cement support among Hispanics.

He's conducted about 50 interviews in Spanish since joining the ticket.