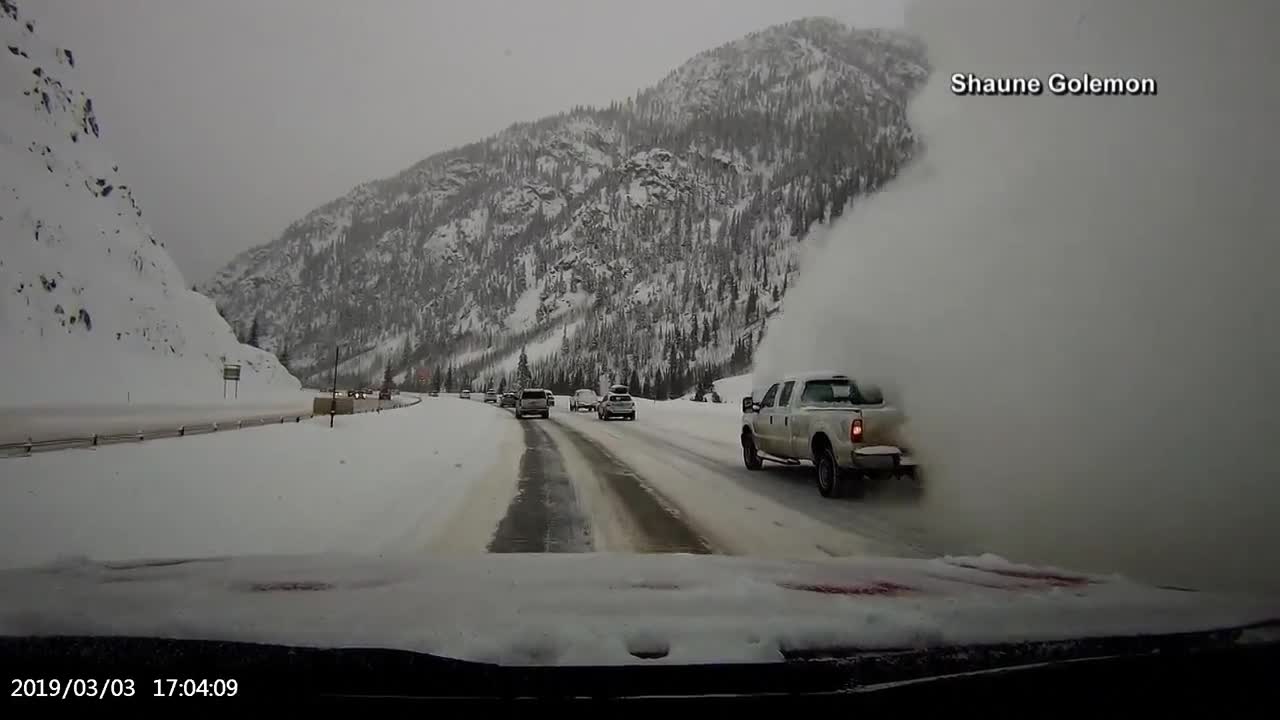 A family caught in an avalanche in Colorado says they are lucky to be alive after the massive snow-slide.

COPPER MOUNTAIN, Colo. — (KUSA/NBC) - A family caught in a Colorado avalanche says they are lucky to be alive after driving through the massive snow-slide Sunday.

Dash cameras were rolling and so was the wave of snow as it smashed into vehicles along Interstate 70.

Video shows the snow coming down the mountain and pounding into Shaune Golemon's windshield.

He had just got on the road after a day of skiing with his wife and daughter. Moments later, the avalanche hit, pushing their truck off of the road and into the median.

White-out conditions and the fierce force of snow made it difficult to come to a stop.

"When the impact hit us ... it was loud. It was a complete white out. We couldn't see anything. I basically just let my foot off the gas and coasted and was trying to predict where the road would be and stay on the road, and I was hoping that I wouldn't hit a car in front of me," said Shaune Goleman.

A plow and a tow truck had to dig the family out of the snow.

"The avalanche hit us, pushed us straight sideways off the road. Every once in a while, you kind of think about it and you go, 'Wow. We just lived through an avalanche,'" said Shaune Goleman.

They eventually made it home safe and unharmed six hours later.