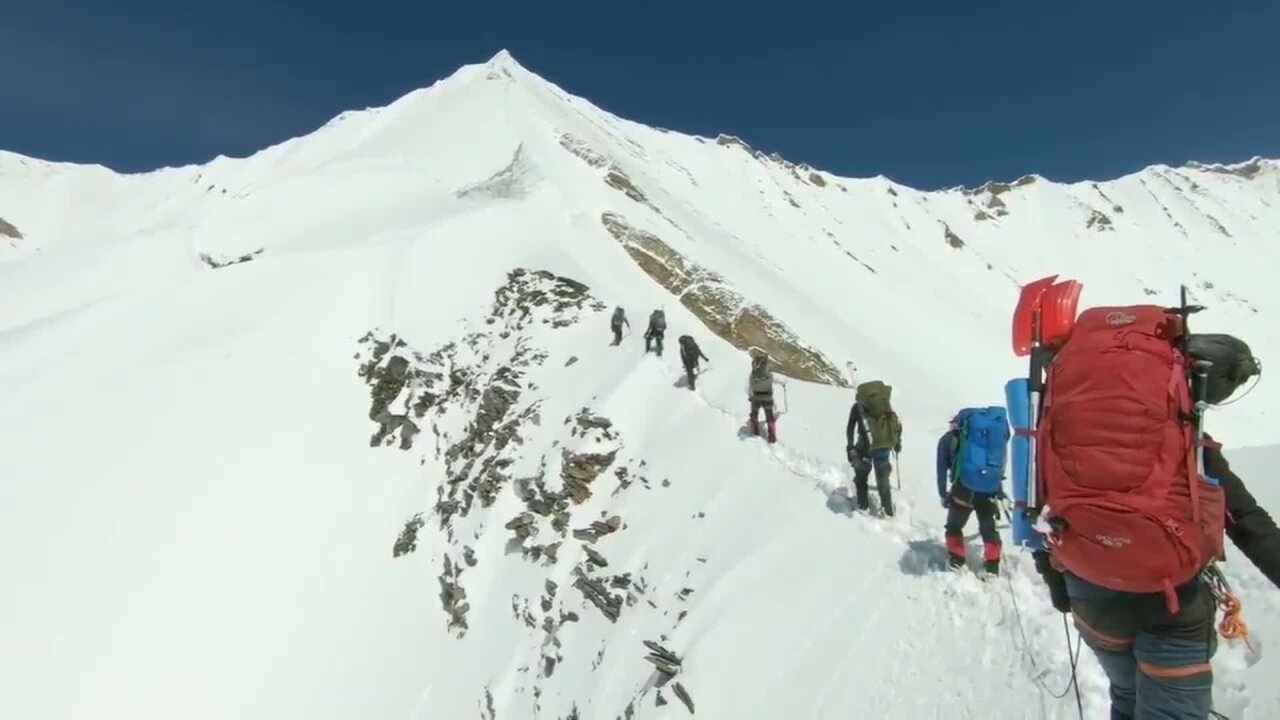 Indian authorities have released footage showing the final moments of the climbers who died in the Indian Himalayas in May.

The video was found on a "memory video device" near the Nanda Devi East, the Indo-Tibetan Border Police (ITBP) said Monday, which showed the group of climbers moving slowly near the summit on the unnamed peak.

The group of eight climbers -- four Britons, two Americans, an Australian and their Indian liaison officer -- went missing when they were attempting to scale a previously unclimbed peak on May 26.

Seven bodies were recovered by rescue teams a month later on June 23. They are believed to have been struck by an avalanche.

Indian authorities previously said the group did not have permission to climb the unnamed peak and that even if they had asked, Pithoragarh District Magistrate Vijay Kumar Jogdande told CNN, authorities "would not have given permission."

British mountain expert Martin Moran was identified as the leader of the group. Jogdande said the eight climbers were part of a larger team of 12, who had a permit to summit Nanda Devi East.

Four of the climbers of the larger team went to climb Nanda Devi East and returned to base camp.

Jogdande previously told CNN that after the eight climbers failed to return to base camp on May 26, authorities were alerted on May 31.

Five of the climbers' bodies were spotted by a search team in early June, when they appeared to be partially buried in the snow from an avalanche in different locations. Jogdande said at that time that the "chances of survival are almost zero now."