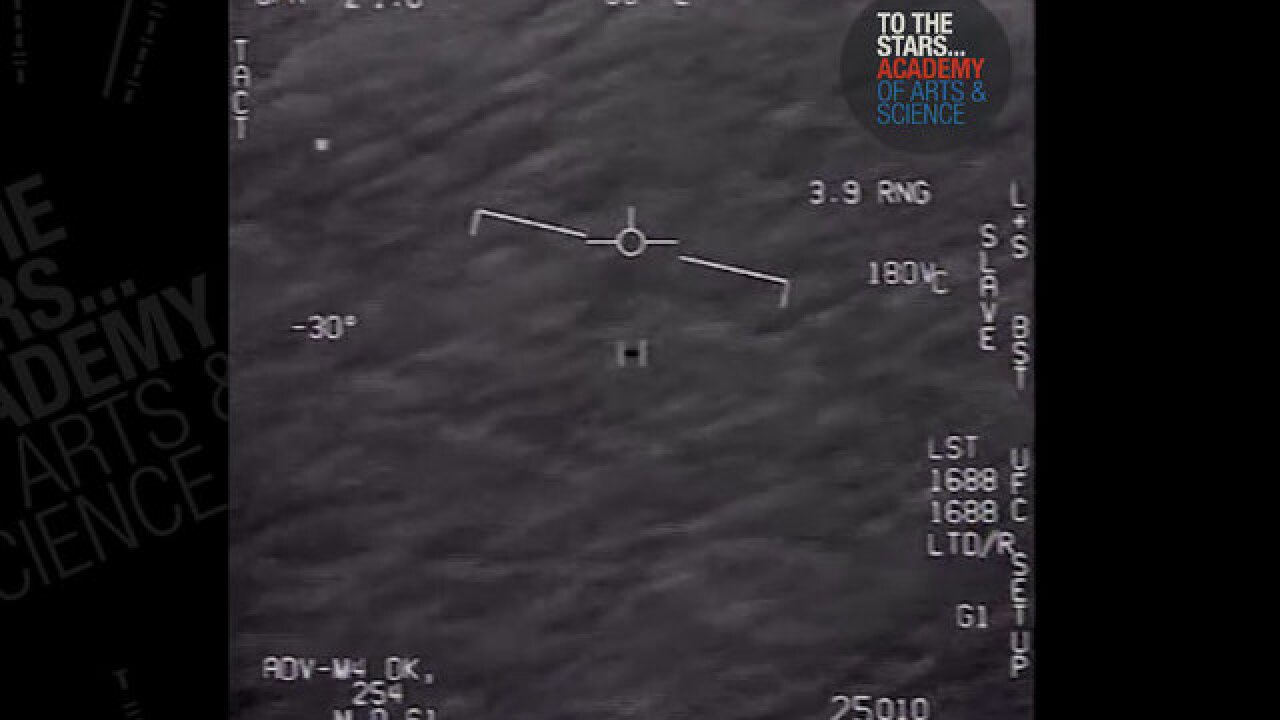 (KGTV) - A close encounter between U.S. Navy pilots and a possible unidentified flying object (UFO) was captured on video, and the mysterious footage has been released to the public.

During a 2015 mission, a camera and sensor aboard a Navy F/A-18 Super Hornet jet tracks a fast-moving object and prompts the pilots to try to lock onto it.

Once the sensor locks on, one of the pilots exclaims, "Whoa, we got it!"

Another pilot responds, "What the f--- is that thing?!"

As they continue to follow the object traveling at a high rate of speed, one pilot is in awe, saying, "Oh my gosh, dude."

"Wow, what is that, man? Look at that flying!" the other pilot said.

The video was obtained from the Department of Defense by research group To the Stars Academy of Arts and Science and released to the public last week.

According to the group's analysis, the object was described as white and shaped in an oval "with no obvious wings or tails." It also did not appear to have an exhaust plume.

The release of the 2015 video comes several months after video was made public of an incident off the San Diego coast that shows Navy pilots encountering a mysterious object in the sky.

Cmdr. David Fravo, who was piloting an F/A-18 during the 2004 Navy training mission, said, "I have never seen anything in my life that has the performance, the acceleration. Keep in mind this thing had no wings."

It was during the video's release in December 2017 in which details were revealed about the Pentagon's secret UFO program -- the $22 million "Advanced Aerospace Threat Identification Program."