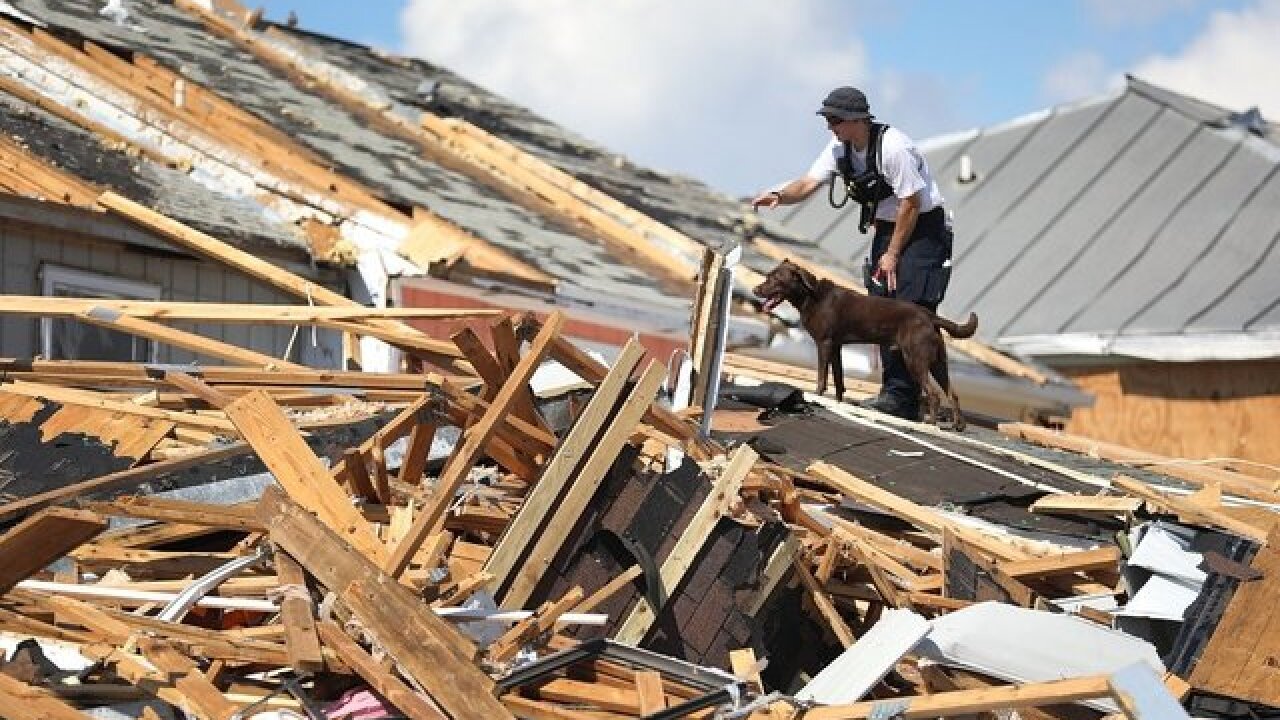 PANAMA CITY, Fla. (AP) — A family can begin to grieve after officials confirmed Friday the death of a 79-year-old Florida woman who had been missing since Hurricane Michael left her Mexico Beach home in rubble.

Joanne Garone Behnke said it's been an agonizing wait to find out what happen to her aunt, Aggie Vicari.

The Bay County medical examiner's office on Friday confirmed that it was Vicari's body that was recovered Monday. Her body had been under rubble for five days before rescuers found her, Garone Behnke said.

The South Florida woman says she spoke to her Aunt Aggie — affectionately described as a "stubborn Italian woman" — just hours before Michael's devastating winds came ashore. Her fence had already blown over.

A memorial service will be held next month on Vicari's lot, where her home once stood.

As officials continue to identify bodies recovered since the devastating Oct. 10 storm, a firefighter became the latest death attributed to the storm when he was killed by a falling tree while helping clear debris with family members more than a week after Michael blew ashore with 155 mph (250 kph) winds.

Fire coordinator Brad Price, 49, of Wewahitchka was on his tractor when he was killed Thursday, the Gulf County Sheriff's Office said on its official Facebook page.

"We love you, grieve with you, and are praying for all of you," Gulf County firefighters said on their Facebook page.

That brought the storm's death toll in Florida to 25, and 35 overall across the South — where, in addition to tree falls, deaths came when the storm decimated homes with winds and storm surge, cut power to those reliant on electricity for medical conditions and swept away cars in flash floods.

While trees brought down by Michael's ferocious winds took a heavy toll on life and property, Florida Agriculture Commissioner Adam Putnam said Friday that the fallen trees themselves are contributing to a $1.3 billion hit to the heavily forested Florida Panhandle's timber industry. Pulp mills, sawmills and other production facilities were damaged in 11 of the top timber-producing counties in state, Putnam said.

"This is a catastrophic loss to the forest industry in the Florida Panhandle," Putnam said in a news release.

Officials also were concerned that downed trees could pose a fire hazard.

Forest Service Director Jim Karels said the danger grows as the debris dries. The agency is working to clear the debris and establish fire lines that could help contain forest fire, he said.