Venezuela rounds up US oil executives as Guaidó visits DC 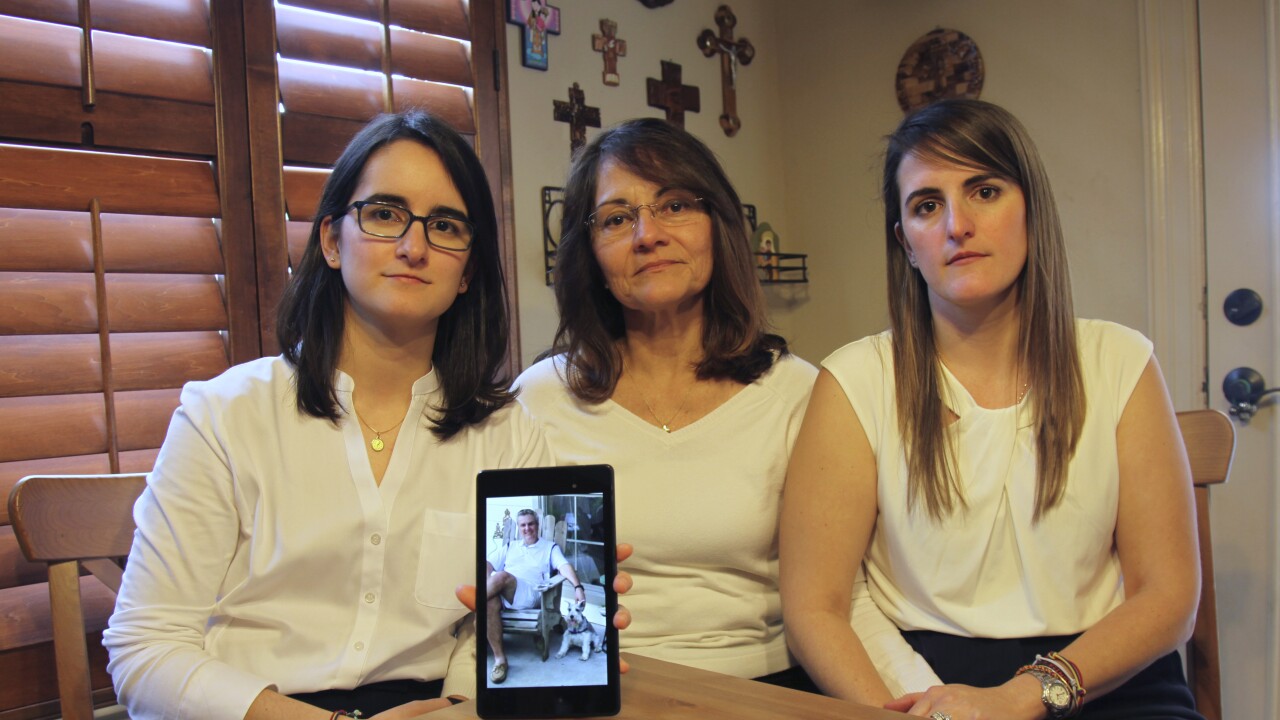 Six American oil executives under house arrest in Venezuela were rounded up by police hours after President Donald Trump met Venezuelan President Nicolás Maduro's chief opponent, Juan Guaidó, at the White House, according to a family member of the men.

Alirio Zambrano said early Thursday that his two brothers and four other executives of Houston-based CITGO were abruptly taken from their homes last night by the SEBINintelligence police.

Their current whereabouts are unknown.

The men were hauled away by masked security agents in Caracas in 2017.

They were granted house arrest in December as they awaited trial on corruption charges.

The U.S. has called for their release.

Photo caption: In this Feb. 15, 2019 file photo, Dennysse Vadell sits between her daughters Veronica, right, and Cristina holding a digital photograph of father and husband Tomeu who is currently jailed in Venezuela with five other executives from Houston-based Citgo, in Katy, Texas, Friday. According to a family member of one of the other arrested men, they were rounded up while under house arrest in Venezuela on Feb. 5, 2020 by SEBIN intelligence police hours after President Donald Trump met Venezuelan President NicolÃ¡s Maduro's chief opponent at the White House. (AP Photo/John L Mone, File, File)