US to investigate Navy accidents at sea 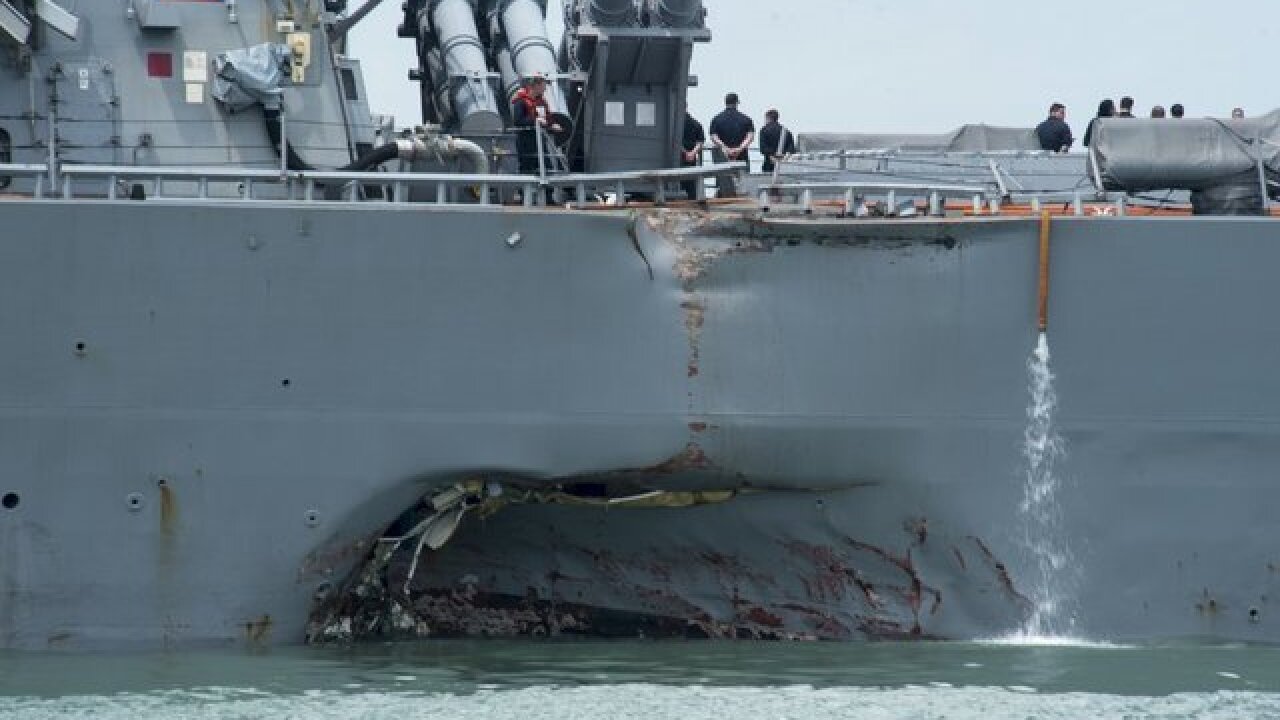 This follows another US Navy warship accident in Asian waters that took place early Monday — the fourth this year.

The US Navy will be trying to figure out whether this spurt of warship accidents are singular incidents or reflect a "systemic" problem that needs to be fixed, retired Rear Adm. John Kirby, CNN military and diplomatic analyst, told CNN's "New Day."

"That will certainly be I think accelerated in the wake of what happened here to the McCain. They will take a harder look. There's absolutely no question that they will want to make sure that they don't have some larger issue going on culturally or procedurally inside the Navy."

The following are the details of the four accidents:

USS John S. McCain
The Navy's 7th Fleet said the USS John S. McCain collided with the merchant vessel Alnic MC while the destroyer was making its way to a port in Singapore. The collision was reported at 5:24 am local time, east of the Malacca Strait, one of the world's most congested shipping routes. Ten US soldiers are missing.

Significant hull damage occurred on the McCain, with flooding in berthing compartments as well as machinery and communication rooms.

"There's probably a thousand different ways how something like this can happen," Kirby told "New Day." "I know it sounds a little strange for me to say that, but it's unusual for ships to collide, although I know we have had several here in recent months."

In addition to the missing sailors, the Navy said five were injured in the collision. Four of those were flown to a hospital in Singapore with injuries that were not considered life-threatening, the Navy said.

USS Fitzgerald
The USS Fitzgerald collided with a container ship off the coast of Japan in June, resulting in the deaths of seven US sailors. The Fitzgerald will be transported to the United States for repairs.

The bow of the cargo ship directly struck the commander's cabin, according to the Navy's report detailing the immediate aftermath of the collision.

The commanding officer, executive officer and senior noncommissioned officer of the USS Fitzgerald have been removed from their duties for cause

A Navy report on the immediate aftermath provides a harrowing account of US sailors attempting to escape a rapidly flooding sleeping area that filled with water within minutes after the cargo ship's bow tore a hole in the side of the Fitzgerald. Of the 35 sailors in the sleeping area at the time of the collision, 28 were able to escape, but the remaining seven sailors died.

USS Champlain
In May, a South Korean fishing boat struck the USS Lake Champlain, while the Navy warship was conducting operations in international waters near the Korean Peninsula, the Navy said. No injuries were reported.

The 60- to 70-foot-long fishing vessel collided with the Lake Champlain -- a 568-foot Ticonderoga-class guided missile cruiser that has been with the aircraft carrier USS Carl Vinson strike group.

The fishing vessel crew later said it didn't have a radio and didn't hear the radio calls from the Navy, according to a Navy official.

USS Antietam
In late January, the guided-missile cruiser USS Antietam ran aground while trying to anchor in Tokyo Bay.

The ship damaged its propellers and spilled hydraulic oil into the water off the coast of Japan.

The incident did not result in any injuries to US or Japanese personnel, but the discharge of up to 1,100 gallons of hydraulic oil prompted environmental concerns.