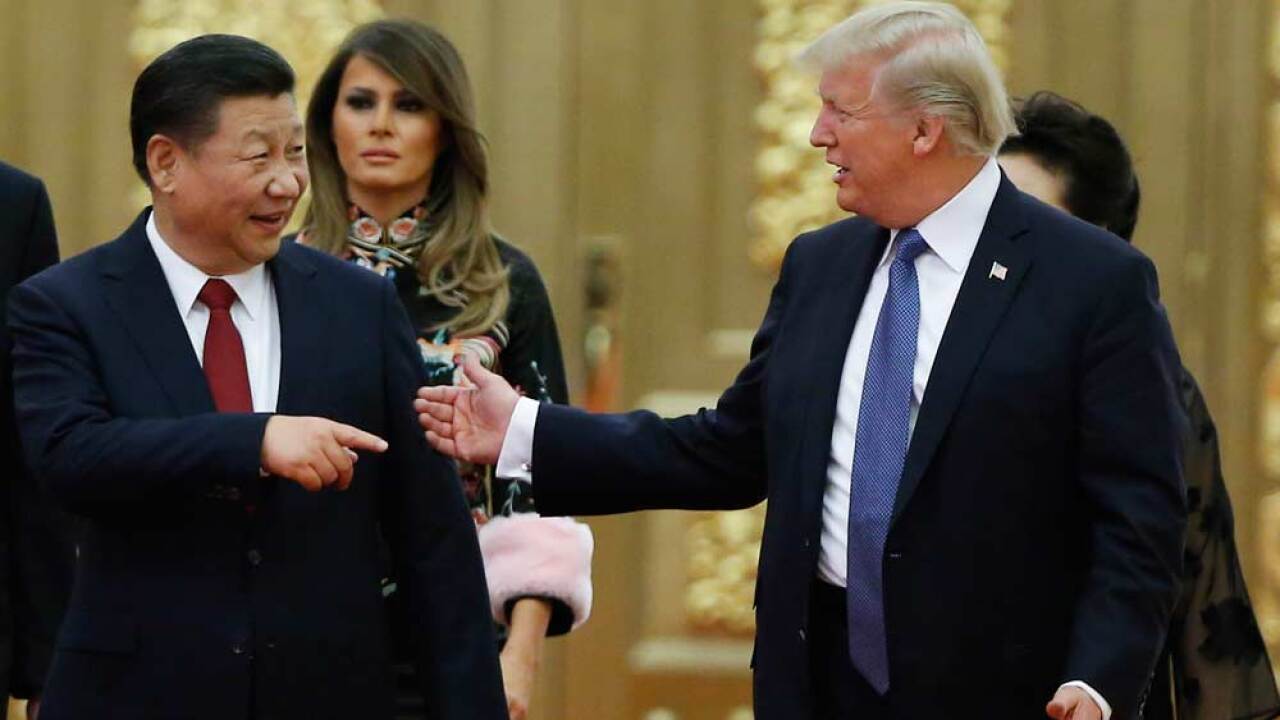 US President Donald Trump said he called Chinese President Xi Jinping a "king" during a state visit to Beijing in 2017 and that the Communist Party leader appeared to appreciate the remark.

Speaking Tuesday at the National Republican Congressional Committee spring dinner in Washington, Trump said Xi had denied he was a king but the US leader insisted.

"He said, 'But I am not king, I am president.' I said 'No, you're president for life, and therefore you're king'," Trump told his audience, prompting laughter.

"He said, huh. He liked that. I get along with him great."

Trump made his visit to China in November 2017, just months before the country's rubber-stamp legislature, the National People's Congress, removed the two-term limit on the Chinese presidency in March 2018.

The move cleared the way for Xi to serve indefinitely as China's head of state, strengthening his grip on power.

Trump was given red-carpet treatment during his visit to Beijing, becoming the first foreign leader to dine in the Forbidden City since the founding of modern China.

Following Trump's trip to China the relationship between the two countries has grown rockier. Starting early in 2018, Trump began imposing tariffs on billions of dollars' worth of Chinese exports to narrow the trade deficit, sparking a trade war.

In his speech to the Republican committee, Trump said that had he not imposed the tariffs, the Chinese economy would have caught up with the United States within years.

US and Chinese negotiators have been meeting in Beijing and Washington in recent weeks to hammer out a comprehensive trade deal. Trump said his administration was standing up to China's "chronic trade abuses."

"They've taken advantage of our country and you know what, I respect them for it. I say it, we should have been doing that to them," he said.