Unemployment drops to lowest level since 1973 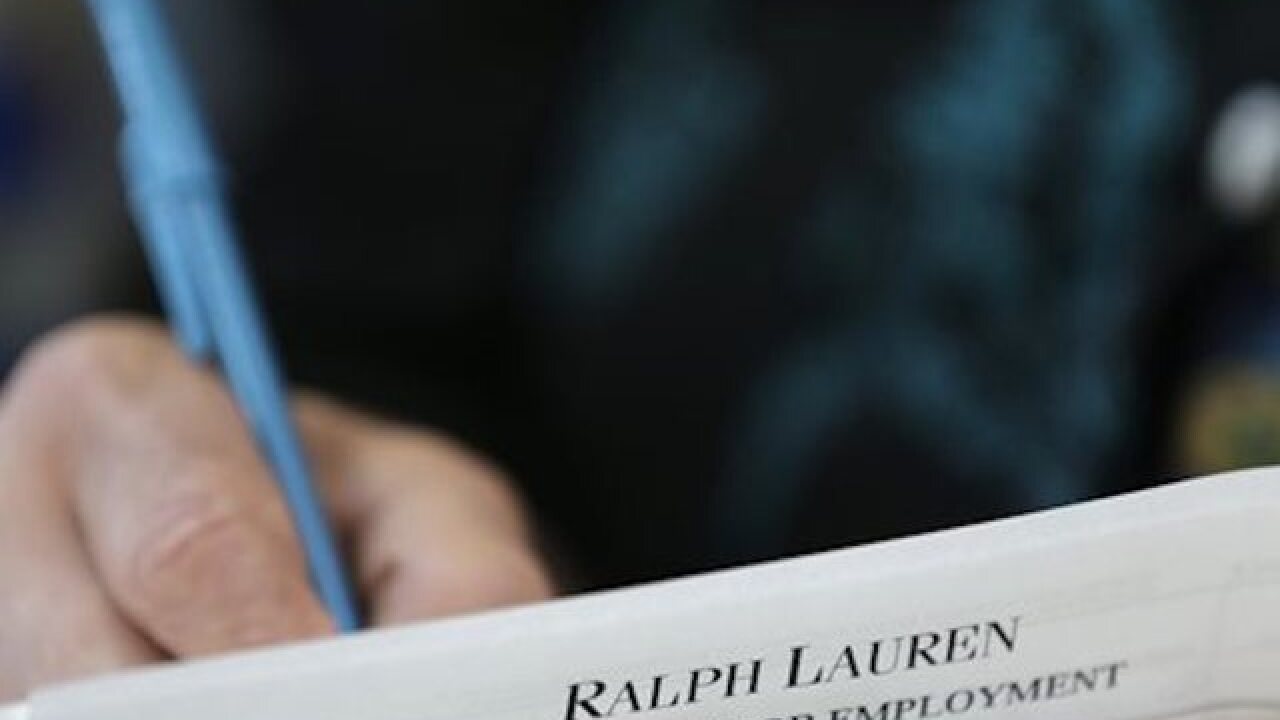 &lt;p&gt;In this Tuesday, Oct. 6, 2015 photo, a job seeker fills out a job application during a job fair at Dolphin Mall in Miami. The Labor Department reports on the number of people who applied for unemployment benefits during the week ending Oct. 24 on Thursday, Oct. 29, 2015. (AP Photo/Wilfredo Lee)&lt;/p&gt;

WASHINGTON (AP) — The number of Americans seeking unemployment benefits plunged last week, matching a March figure that was the lowest level since 1973.

THE NUMBERS: Weekly applications for jobless benefits fell 13,000 to a seasonally adjusted 253,000, the Labor Department said Thursday. The four-week average, a less-volatile figure, dipped 1,500 to 265,000. The number of people collecting benefits declined 4.9 percent to 2.17 million.

THE TAKEAWAY: Applications are a proxy for layoffs. The historically low figures over the past year indicate a healthy job market with companies holding onto their workers. Employers so far seem to be looking past the recent economic sluggishness that has some analysts forecasting growth sliding below a 1 percent annual rate for the first three months of 2016.

The relative lack of people applying for benefits is a sign that many companies may see the slowdown as short-lived. Hiring has remained solid, as employers added 215,000 jobs in March. The unemployment rate ticked up to 5 percent, from 4.9 percent, but for mostly a good reason: Many people who hadn't been searching for work launched job hunts last month. Most found jobs, but not all were immediately hired. That boosted the number of unemployed.

The current low level of applications generally corresponds with monthly net job gains for more than 200,000. Applications have been below 300,000 for 58 straight weeks, the longest consecutive period since 1973.

KEY DRIVERS: The weaker pace of growth has done little to disrupt hiring. Retail sales slipped in March as the auto market lost some of its previous strength. Home sales have leveled off. And orders for manufactured goods fell last month, partly because of weaker overseas demand.

These factors mean that growth will likely be lower in the first quarter than its 1.4 percent annualized gain in the final three months of last year. Still, many economists expect ongoing job gains to bolster consumer spending and overall growth in the months ahead.