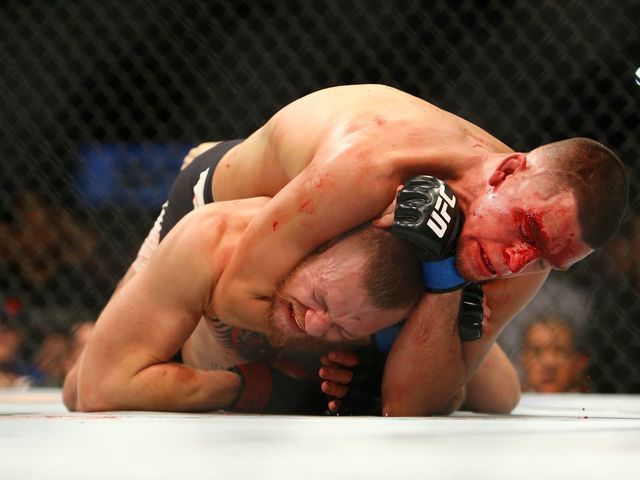 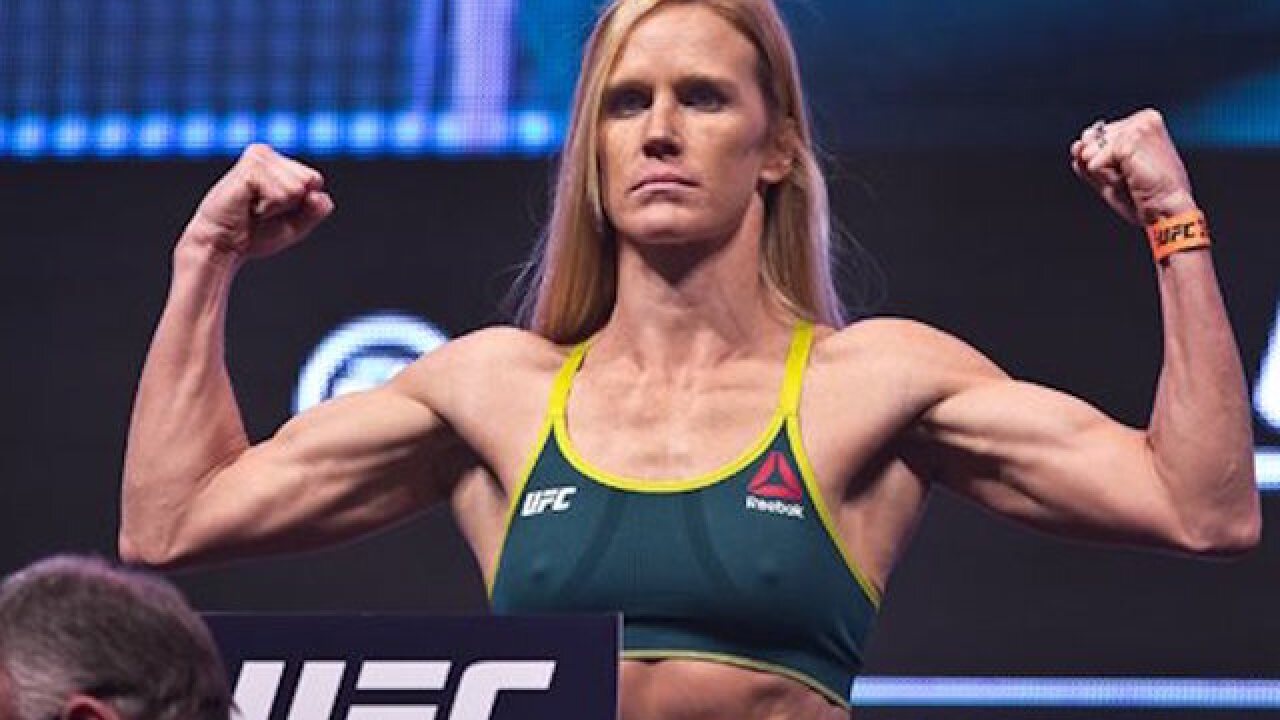 Holly Holm went limp and appeared to be unconscious from the rear naked choke applied by Miesha Tate, the UFC's new bantamweight champion. Holm was up and moving around moments afterward, and Tate praised her fallen opponent.

"Not many people wouldn't tap out," Tate said. "She went out like a champion."

Holm appeared to be winning her first fight since she dethroned Ronda Rousey with a stunning head-kick knockout in November for one of the sport's biggest upsets. Although Tate controlled the second round on the ground, Holm picked apart Tate with punches for the other three rounds.

Everything changed when Tate finally landed a desperate takedown attempt and got Holm's back. Holm fought desperately to get out, but the veteran wrestler sunk in a choke that finally left Holm limp and unconscious.

Tate was overwhelming after finally reaching her longtime goal. She lost twice to Rousey earlier in her career, but hasn't lost a fight since 2013.

"I feel like we had a great game plan," Tate said. "I had to be patient. She's very dangerous. She's capable of catching anyone at any moment. She's a very calculated fighter."