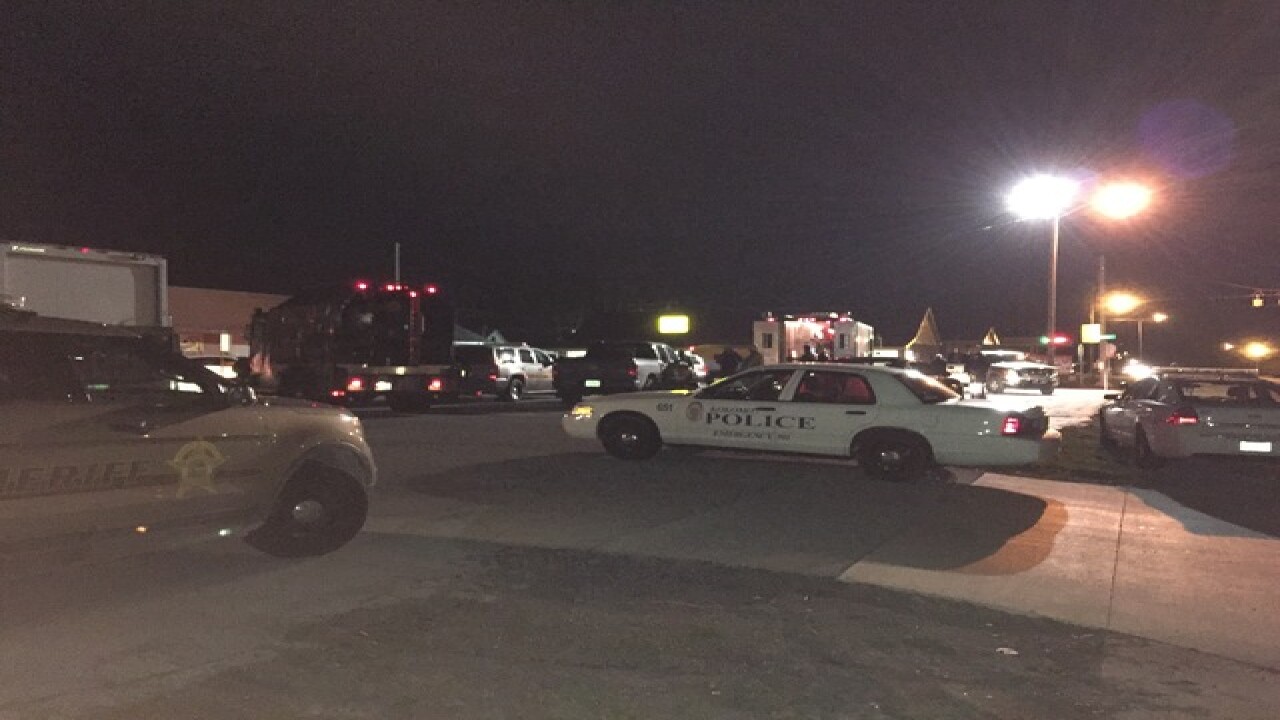 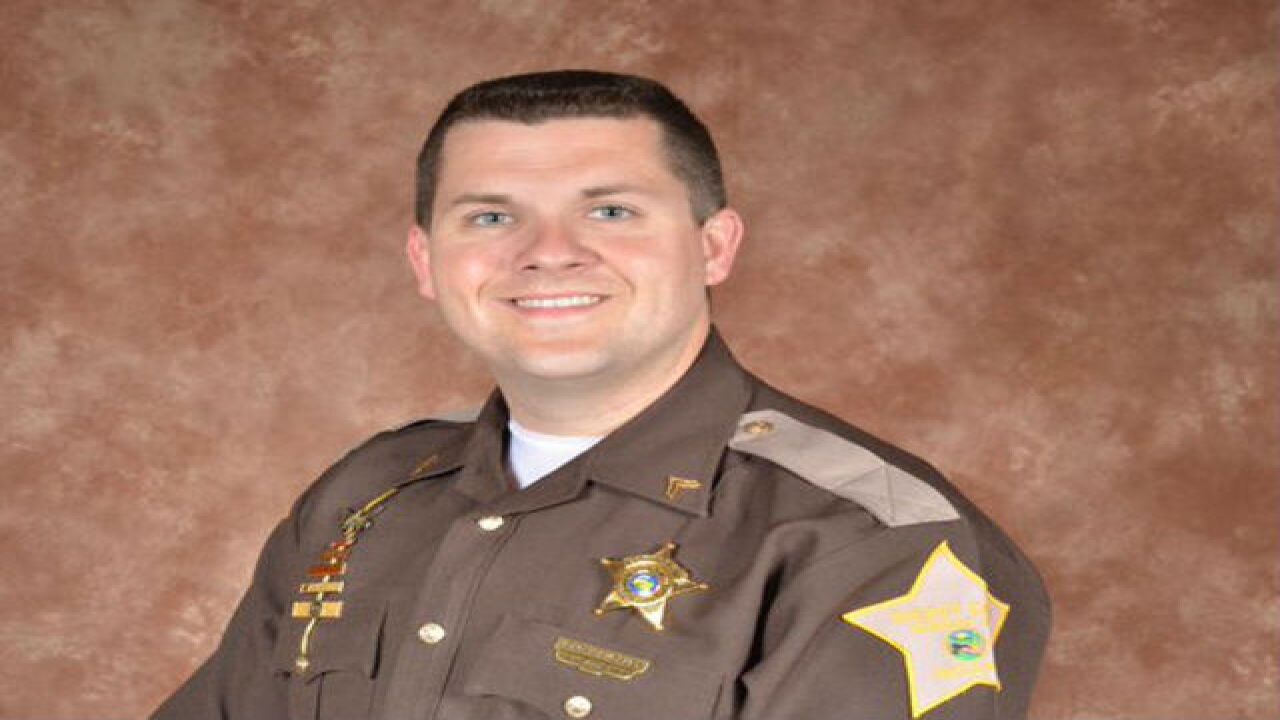 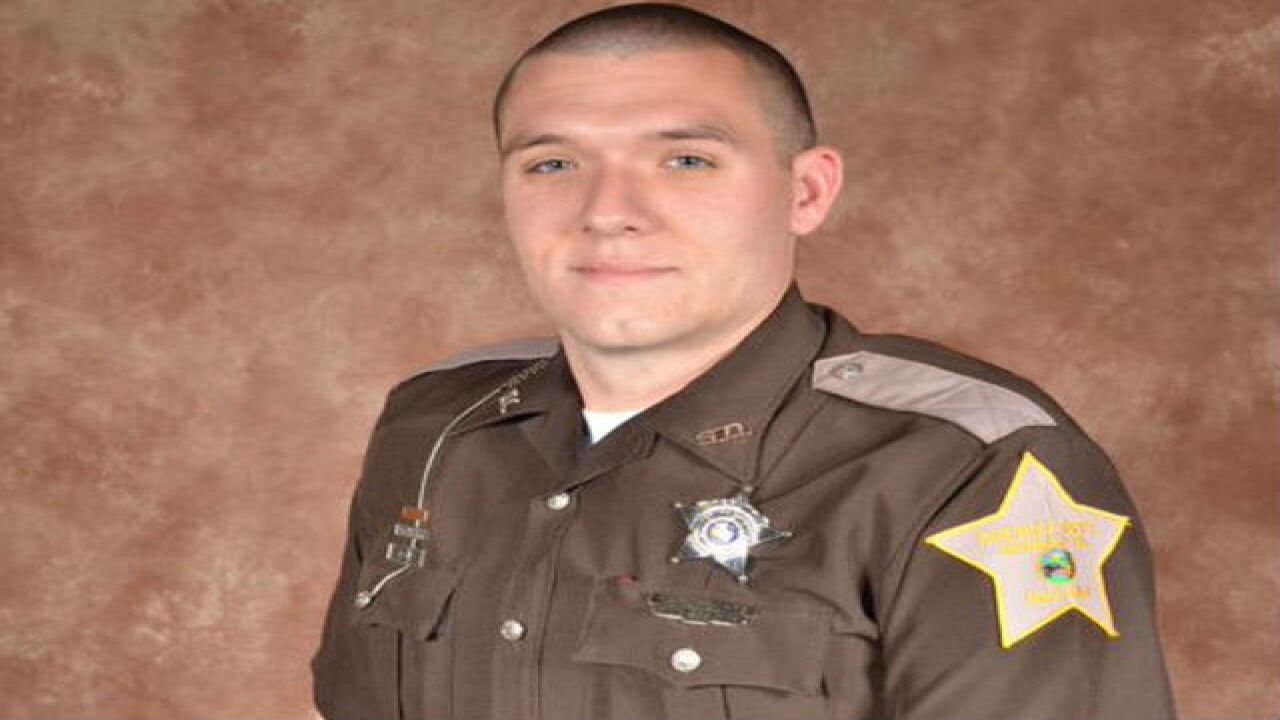 HOWARD COUNTY, Ind. — A 27-year-old Sheriff's Deputy has died after he was shot overnight while serving a warrant in a small town north of Indianapolis.

Deputy Carl Koontz, a 2 year, 8 month veteran of the department and Sgt. Jordan Buckley, 35, a 9-year veteran of the force were shot in Russiaville, Ind. early Sunday morning.

Both officers were taken to the hospital where Koontz later died. Howard County Sheriff Steve Rogers said he was the father of an 8-month-old.

With an extremely heavy heart I'm sorry to report Deputy Carl Koontz has succumbed to his wounds. #Prayerspic.twitter.com/KSLqd1yDyJ

Sgt. Buckley is in stable condition.

The incident started around 12:30 a.m. when several Howard Co. sheriff's deputies went to deliver an outstanding warrant out of neighboring Clinton County for possession of a syringe.

"When officers knocked on the door on the residence by announcing their presence, they received no response. Upon entering, the officers were confronted by gunfire, and the officers returned fire," Howard County Sheriff Steve Rogers said.

"A Russiaville officer and other deputies were able to extract the wounded officer from the residence and provide first aid."

Howard Co. Sheriff asks prayers for deputies injured in shooting. One in serious, but stable; the other in critical. Updates throughout day.

Please keep our two Sheriff Deputies and their families in your prayers today. Our Deputies put their lives on the line for us everyday.

A SWAT team responded to the scene and attempted to communicate with the suspect for two hours before entering the home, where they found the suspect dead.

"I'm pulling into my lot and the cop says, 'Get out now,' so I follow suit," said Jamie Phillips, who lives near the shooting scene.

"It's scary, it is. You never know, you never know. And here I'm talking to this guy two weeks ago, waving at him," she said.

Our sincere thoughts and prayers are with Sgt. Jordan Buckley and Deputy Carl Koontz, both shot while serving a warrant early this morning

Prayers are with two Howard County Sheriff's Deputies and their families. Both were shot & currently being treated. Suspect is deceased.

Multiple agencies are assisting the Howard County Sheriff's Office in the investigation. The area around the crime scene has been rendered safe and there is no immediate threat to residents.