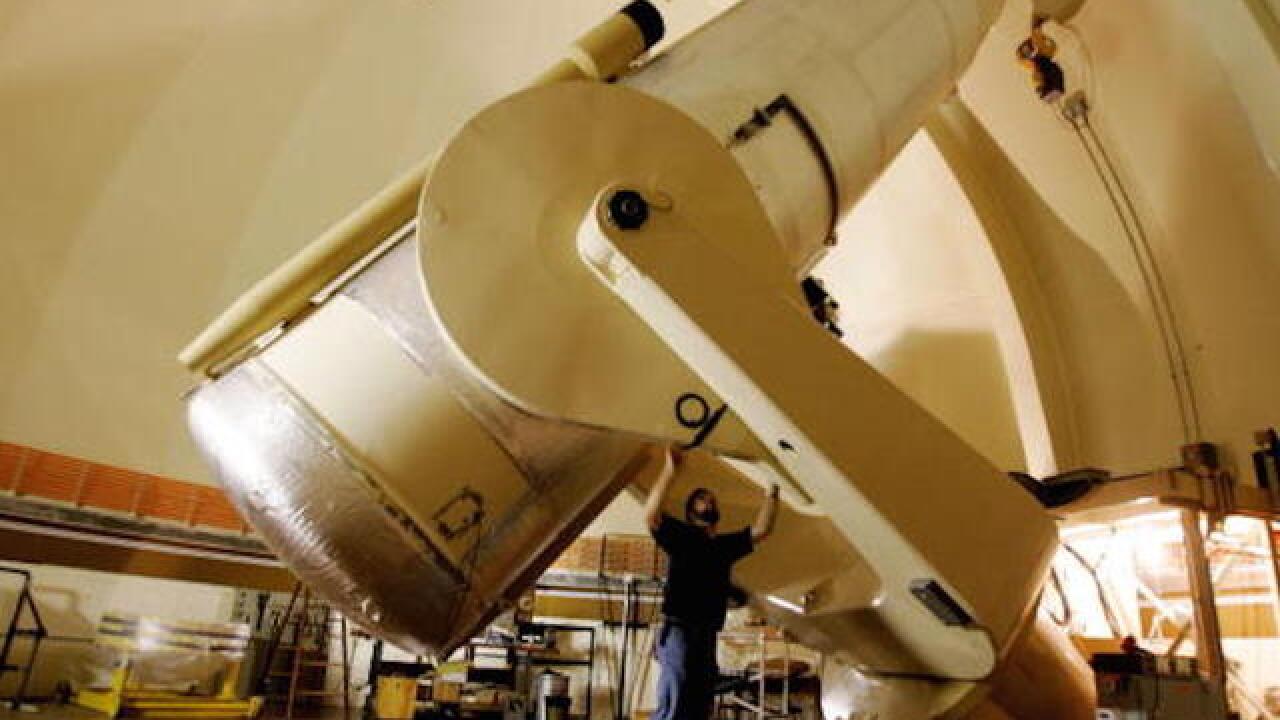 &lt;p&gt;PALOMAR MTN, CA - AUGUST 28: If you're lucky enough to have a telescope like the Oschin 48 inch telescope at the Palomar Observatory, you might get to see a comet whiz by the Earth. (Photo by Sandy Huffaker/Getty Images)&lt;/p&gt;

A pair of comets will whiz past the Earth early this coming week, as scientists said they are excited for the opportunity to study the two comets in their near approach to our planet.

The comets, P/2016 BA14 and 252P/LINEAR, will pass by the Earth just outside of the of the Moon. According to NASA's Jet Propulsion Laboratory, the two comets follow a nearly identical orbit, which has scientists intrigued. Could it be coincidence that the comets have nearly identical orbits? Yes. But it could also mean the smaller comet, P/2016 BA14, broke off from the larger 252P/LINEAR.

With an up-close look of the comets, scientists hope to get a better understanding of the comet's orgins.

The two could be related because their orbits are so remarkably similar," said Paul Chodas, manager of NASA's Center of NEO Studies (CNEOS) at the Jet Propulsion Laboratory in Pasadena, California. "We know comets are relatively fragile things, as in 1993 when comet Shoemaker-Levy 9 was discovered and its pieces linked to a flyby of Jupiter. Perhaps during a previous pass through the inner-solar system, or during a distant flyby of Jupiter, a chunk that we now know of as BA14 might have broken off of 252P."

BA14 will be the closest approach a comet has made to Earth in 33 years.

If you're wanting to get a look at the two comets, you are probably out of luck. A large, professional grade telescope will be required due to the comets small size. 252P is roughly 750 feet wide, while BA14 is roughly half of its size.

"March 22 will be the closest comet P/2016 BA14 gets to us for at least the next 150 years," said Chodas. "Comet P/2016 BA14 is not a threat. Instead, it is an excellent opportunity for scientific advancement on the study of comets."