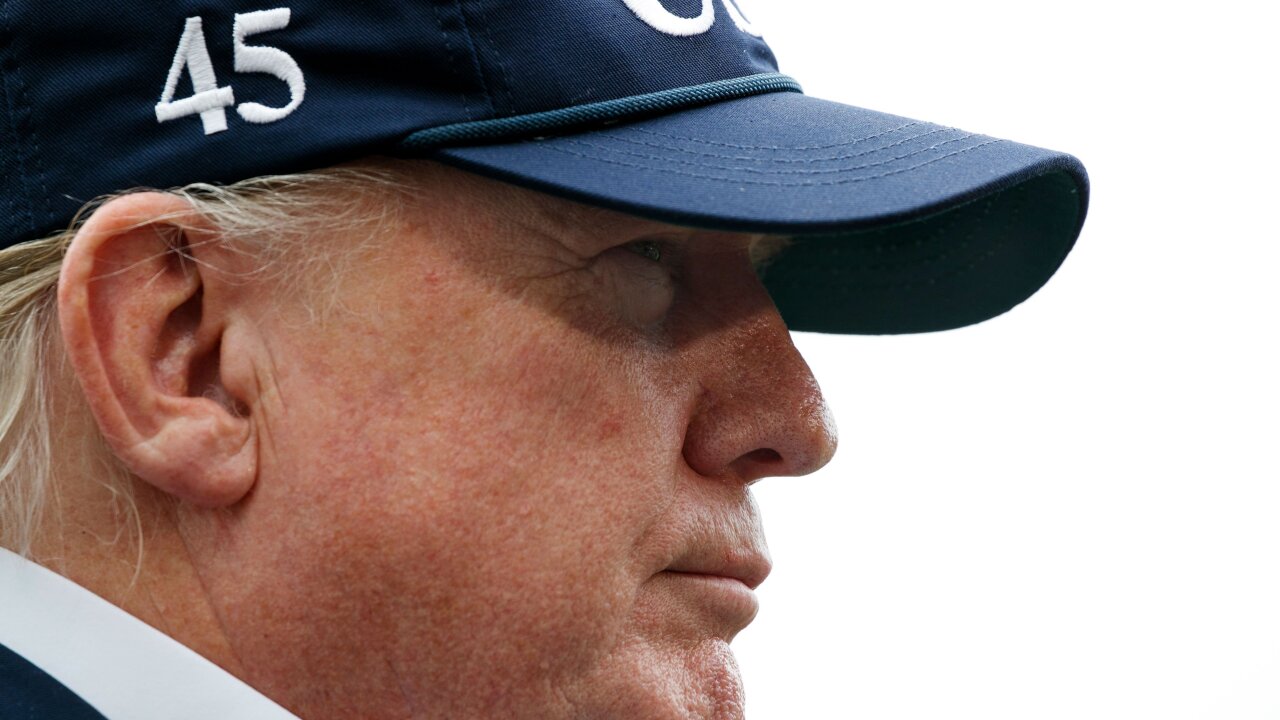 President Donald Trump spent Monday visiting his Trump National Golf Club in Sterling, Virginia, and tweeting political grievances as a massive hurricane prepares to barrel up the East Coast of the United States.

The President did speak to Florida Gov. Ron DeSantis on Monday. DeSantis, a Republican, said in a news conference that Trump is "fully engaged" with federal, state and local officials. And as the President spent a few hours playing golf at his course outside Washington, he continued to be briefed "hourly" on Hurricane Dorian, White House press secretary Stephanie Grisham said.

But early Monday morning, Trump's attention was -- at least in part -- on other things. He touted the economy on Twitter. He slammed political foes, including former FBI director James Comey and the four Democratic congresswoman of color known as "The Squad." And he used Labor Day to tweet an attack on the AFL-CIO President Richard Trumka, writing that he "likes what we are doing until the cameras come on."


Earlier, Trumka had appeared on Fox News slamming the Trump administration for the United States-Mexico-Canada trade agreement, meant to replace NAFTA, which has yet to receive a vote in Congress.

Trump also retweeted warnings from the National Hurricane Center on the storm but had not written any missives on the hurricane since Sunday.

Hurricane Dorian, a slow-moving behemoth, continues to pound the Bahamas. In the United States, residents on the southern East Coast have been warned to prepare for hurricane-force winds, though forecasts vary about when and where it may make landfall, from Florida to the Carolinas. At its strength, Dorian was a Category 5 hurricane, the highest possible. On Monday morning, it was reclassified as a Category 4.

Trump said Sunday that he's "not sure that (he's) ever even heard of a Category 5" hurricane, despite four such storms -- including Hurricane Dorian -- having threatened the US since he took office.

"We don't even know what's coming at us. All we know is it's possibly the biggest. I have -- I'm not sure that I've ever even heard of a Category 5. I knew it existed. And I've seen some Category 4's -- you don't even see them that much," Trump said Sunday at a briefing with officials at FEMA headquarters.