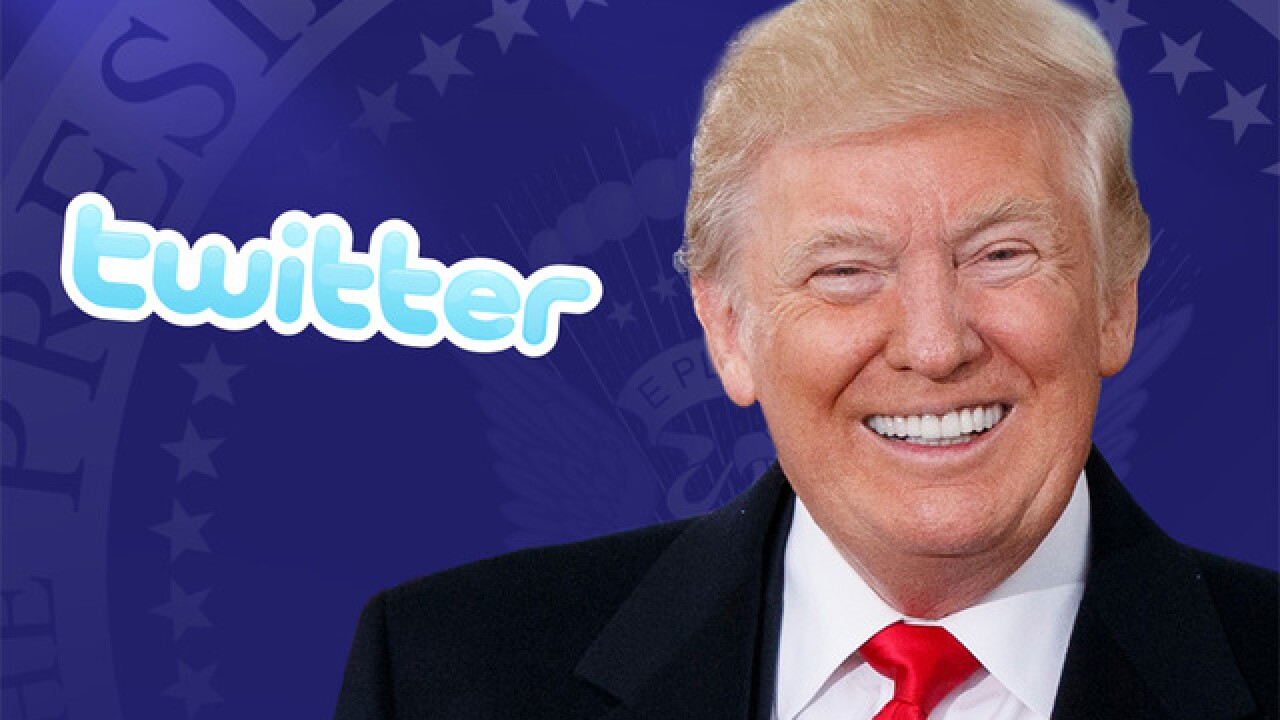 (CNN) -- For better or worse, we're getting more Donald Trump these days.

Trump has been posting more of his own tweets and more retweets of others. His campaign rallies have been longer. He has spent more time talking to reporters before his helicopter and plane flights. And he is just talking more in general -- about 25 minutes a week more on camera this year than through the same time last year.

The White House did not respond to our request for an explanation, but it's not hard to see what's going on. The increases have come as Trump has rid himself of most of the advisers who reportedly tried to constrain his impulses, like chief of staff John Kelly and defense secretary James Mattis, and as he has appeared to become even more comfortable behaving as he wishes. This is Trump unleashed.

All of the data below is courtesy of Bill Frischling of Factba.se, an indispensable website that tracks Trump's every utterance.

There has been an even more dramatic spike in Trump's retweets, though he acknowledged in early 2018 that "when you do those retweets, they can cause problems." He has averaged about 38 retweets a week so far this year, up a whopping 326% from about nine tweets a week in 2018 and six tweets per week in 2017.

What's more, seven of the 10 longest rally speeches of Trump's presidency have come in 2019. That is especially notable because Trump has had only 11 rallies in 2019.

We should note that some of Trump's 2018 rallies were shortened by travel requirements: he had multi-rally, multi-state weeks during the midterm campaign, so he couldn't linger too long in one place. Regardless, the 2019 increase is significant.

Trump has lengthened his interactions with journalists before or after his flights on Marine One or Air Force One. Most of these exchanges have happened before he boarded Marine One, prompting CBS late-night host Stephen Colbert to label them "chopper talk."

In 2018, Trump's pre-flight or post-flight exchanges averaged 7 minutes, 5 seconds. So far this year, they have averaged 12 minutes, 37 seconds, a 78% increase.

A spike in camera time

Through the second week of September, Trump averaged about 2 hours, 37 minutes per week of on-camera speaking in 2019. (That excludes, for example, newspaper interviews that weren't videotaped.)

There's one caveat here. If you compare how much Trump talked for the full year of 2018 to his average week so far in 2019, he's actually down four minutes this year from last -- from about 2 hours, 41 minutes to about 2 hours, 37 minutes.

But comparing all of 2018 to the first 9.5 months of 2019 is not an apples-to-apples comparison: Trump's 2018 average was skewed upward by his frenetic midterms campaigning in October and November of that year, when he held 26 rallies in just over a month.

Trump has spoken more during a period in which his White House has been speaking less, having ended the tradition of daily briefings from the press secretary.

It's important not to mistake Trump's own accessibility for transparency. As we documented in August, his lengthy exchanges with reporters in July and August were littered with dozens of false claims.

In general, there has been a strong correlation between how much Trump talks and how many false claims he makes. As his speaking time has increased over time, the frequency of his dishonesty has generally increased with it.