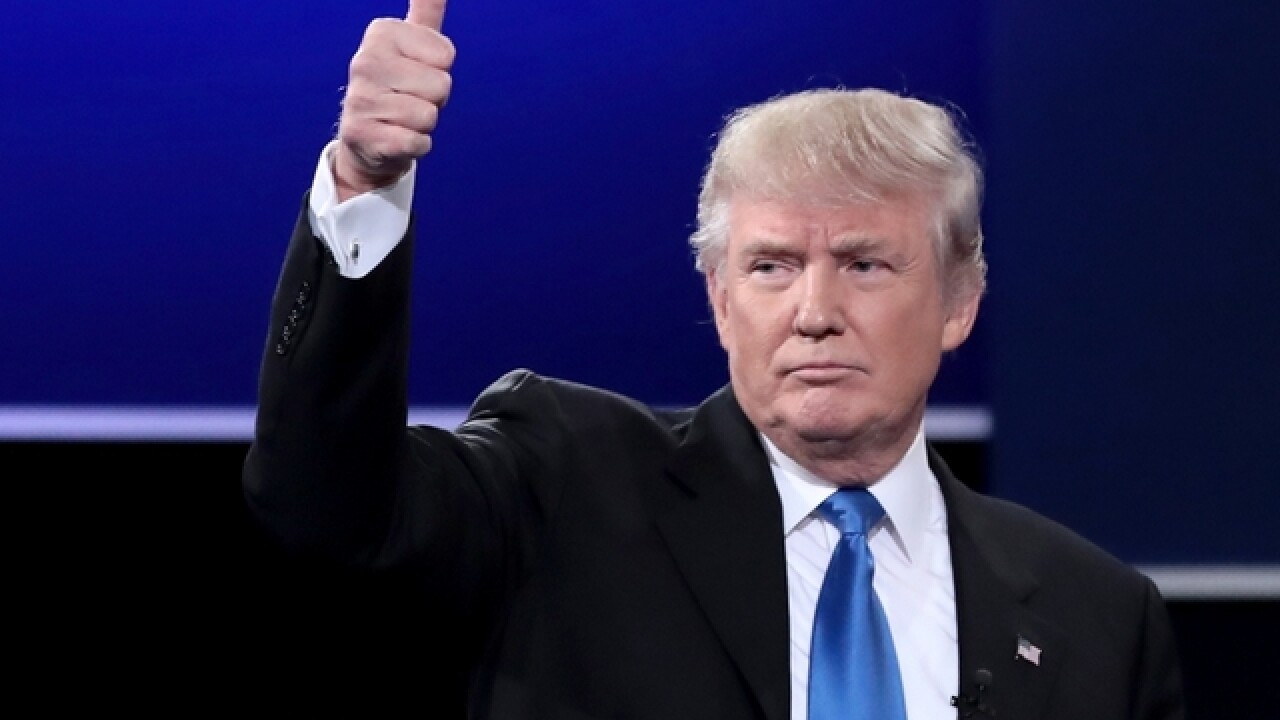 By: CNN
Posted at 8:54 PM, Jan 03, 2017
NEW YORK (CNNMoney) -- President-elect Donald Trump made it official: He will hold a news conference in New York next week.
"I will be having a general news conference on JANUARY ELEVENTH in N.Y.C. Thank you," Trump tweeted.
The president-elect has been consistently criticized for not making himself more available to the media since his election. He has not held a news conference since late July.
Trump's tweet came hours after Trump adviser Kellyanne Conway told Anderson Cooper on CNN Monday night that the "current plan" was to hold a press conference next week.
Trump made it official Tuesday.
After he was elected on Nov. 8, Trump broke with tradition and chose not to meet the press corps for a Q&A session. He has communicated with the public through tweets, rallies and a small number of interviews.
At the end of November, Trump said he would hold a "major news conference" in mid-December to discuss the future of his businesses. But on Dec. 12, he postponed it.
He tweeted, "I will hold a press conference in the near future to discuss the business, Cabinet picks and all other topics of interest. Busy times!"
Some journalists who cover Trump have expressed doubts that the president-elect will hold a press conference at all.
If press conferences are a show of respect for the press corps, Trump's choice is a sign of disrespect -- a continuation of an anti-media campaign that worked well for him before election day.
But the televised events are also efficient ways to reach big audiences. Presidential press conferences are normally seen by tens of millions of Americans.
So there are clear upsides for Trump as well as the reporters who have notebooks full of questions for him.
Trump used the press conference format to his advantage during the primary season, and he criticized Hillary Clinton for eschewing pressers.
"Crooked Hillary should be admonished for not having a press conference in 179 days," he wrote on Twitter last May.
But then he stopped holding full-fledged press conferences of his own. The last one took place on July 27, about 160 days ago.
Since being elected, Trump has briefly answered questions from reporters in less formal settings, but nothing approaching a press conference.
So Cooper brought up the subject on Monday's "AC360," prompting Conway to cite the Jan. 11 date.
"I believe it was rescheduled for Jan. 11, originally, and if the lawyers and the compliance officers feel like we're ready, then we'll stick to that date. It's really up to them," she said.
Conway said she spoke to Trump about the press conference plan earlier in the day on Monday.
The way Conway described it, the Jan. 11 date has been known internally for some time. But it was news to the Trump beat reporters who heard the interview on Monday.
Notably, a Jan. 11 press conference would give Trump a platform to respond to President Obama's farewell address.
On Monday morning the White House said Obama will deliver the speech in Chicago on Jan. 10.
The-CNN-Wire
™ & © 2017 Cable News Network, Inc., a Time Warner Company. All rights reserved.
Copyright 2017 Scripps Media, Inc. All rights reserved. This material may not be published, broadcast, rewritten, or redistributed.