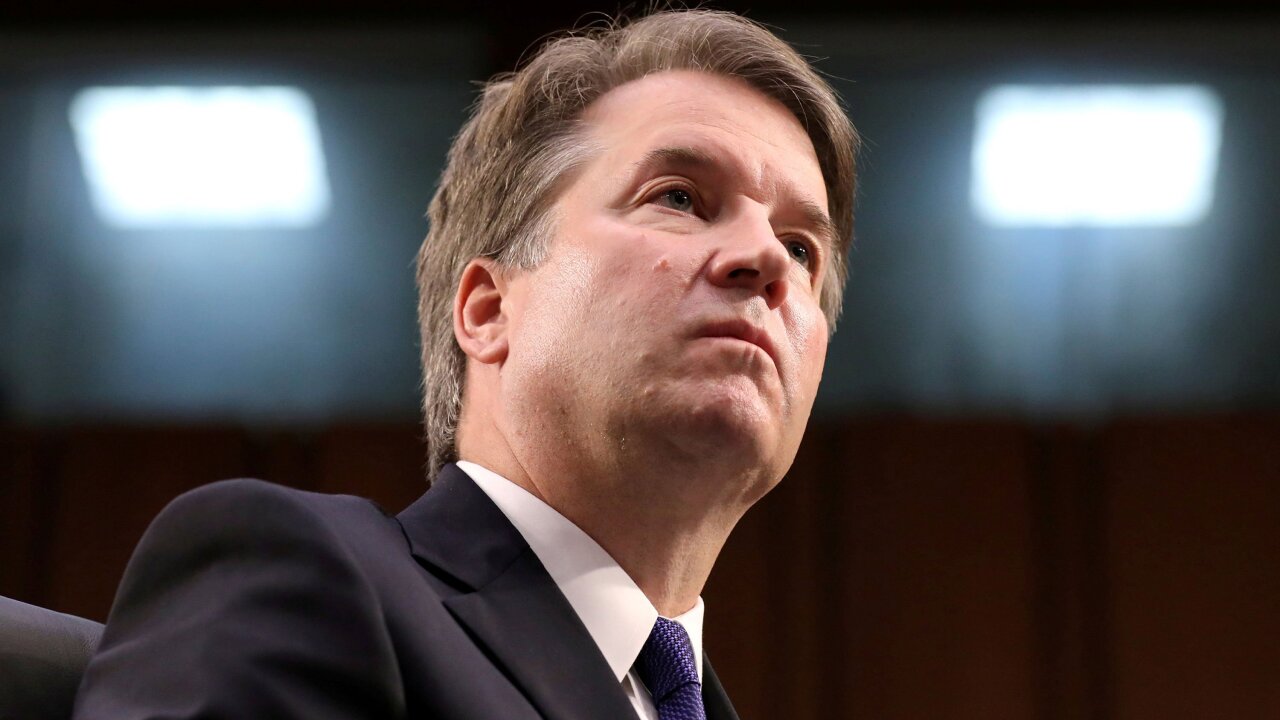 Chris Wattie/Reuters/Chris Wattie/Reuters
**This image is for use with this specific article only** President Donald Trump called on his Justice Department Sunday to "rescue" Supreme Court Justice Brett Kavanaugh after The New York Times published an excerpt of a new book detailing sexual misconduct allegations against Kavanaugh that he has previously denied.

(CNN) -- President Donald Trump called on his Justice Department Sunday to "rescue" Supreme Court Justice Brett Kavanaugh after The New York Times published an excerpt of a new book detailing sexual misconduct allegations against Kavanaugh that he has previously denied.

The excerpt from "The Education of Brett Kavanaugh: An Investigation," written by Times reporters Robin Pogrebin and Kate Kelly, revisits an allegation raised during the Supreme Court justice's confirmation process in 2018. That allegation from Deborah Ramirez accused Kavanaugh of exposing himself to her at a party when he was a freshman at Yale, according to an account published in The New Yorker. Kavanaugh has repeatedly denied the allegation.

The book revisits Ramirez's claim and contains a new allegation -- told to the authors -- by a former male classmate who sources say came forward to the FBI and senators concerning an incident he witnessed. The authors said the FBI did not investigate this incident. CNN is not reporting any details related to the allegation because we have not independently verified it.

Trump tweeted Sunday that Kavanaugh "should start suing people for libel, or the Justice Department should come to his rescue." (The President initially misspelled the word "libel" before deleting the tweet and correcting the word in a subsequent tweet.)

In nominating Kavanaugh, Trump seized a rare opportunity to solidify a conservative majority for a generation on the Supreme Court. The President and those who worked to get him on the bench are now waiting to see if their calculation was correct, and for a sense of how far and how fast the conservative majority will move.

The President's pick for the Supreme Court faced allegations of sexual misconduct that threatened to derail his confirmation in 2018.

Christine Blasey Ford, a California professor and the first accuser to come forward, testified before the Senate Judiciary Committee that Kavanaugh sexually assaulted her at a party when they were both teenagers. He has also denied that allegation.

Trump at the time sought to discredit Ford and Ramirez, and said Kavanaugh was "under assault." He mocked and imitated Ford at a campaign rally, and accused Democrats of masterminding "a con game" against his Supreme Court nominee.

Conservatives throughout the controversy largely stood by Kavanaugh, who was confirmed in October to take former Justice Anthony Kennedy's seat after the vicious approval battle and a 50-48 Senate vote.