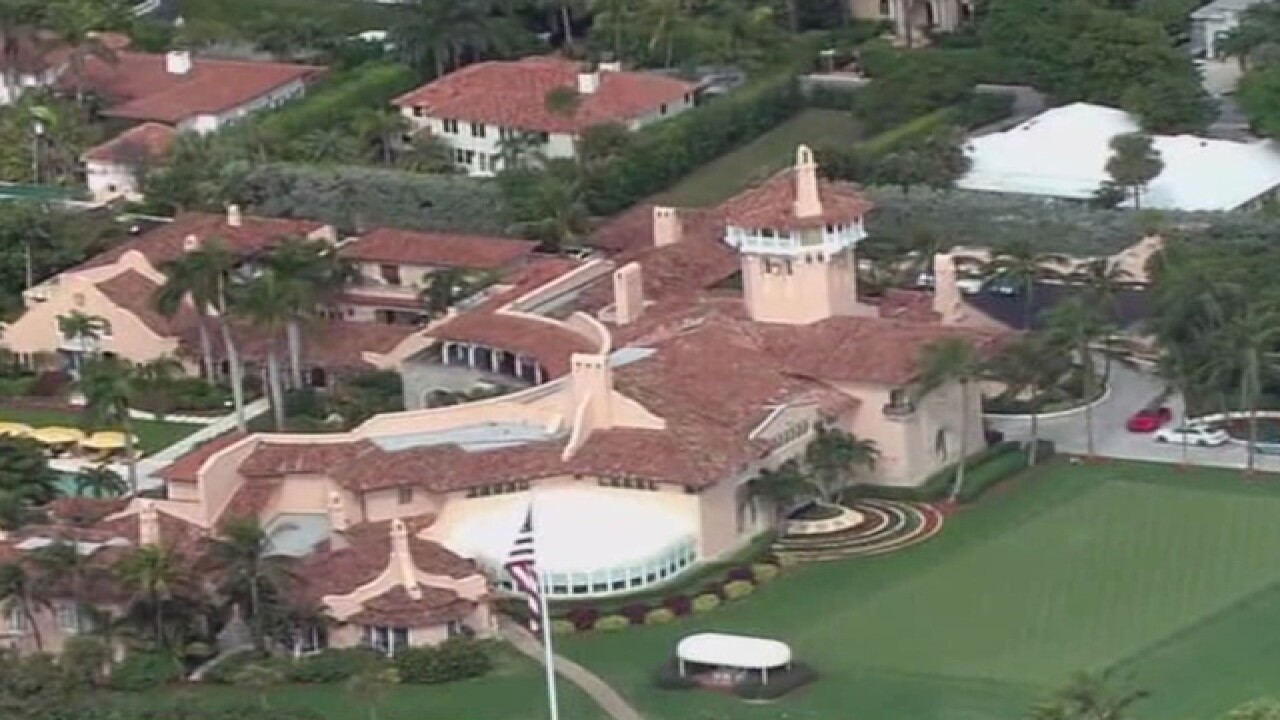 President Donald Trump on Wednesday dismissed a recent alleged breach of his Mar-a-Lago property, saying he was "not concerned" about the incident.

"No, I'm not concerned at all," Trump said when asked about potential Chinese espionage at his Florida club.

Trump described an alleged breach of his club by a woman with Chinese passports and a flashdrive containing malware as a "fluke situation."

Trump's comments come as the FBI has begun investigating the recent Mar-a-Lago security breach incident for the possibility that it was an espionage effort, a US official told CNN. The investigation comes at the same time that a top House Democrat asked for a briefing on the security at Trump's Florida retreat.

The official said the FBI is doing what it has to do in these circumstances, when there is a foreign national involved and there is a possibility of counterintelligence or cyber security issues.

The investigation is still being led by the US Secret Service.

Trump praised the work of the Secret Service, saying he "could not be happier" with their handling of the incident.

Federal prosecutors have unveiled charges against Yujing Zhang, a woman whom they accused of entering the President's Mar-a-Lago club in Florida illegally in late March. The Justice Department said Zhang was carrying two Chinese passports, and prosecutors have charged her with making a false statement to a federal officer and entering restricted property.

The criminal complaint said after Zhang was detained, Secret Service agents found she had multiple electronic devices and a preliminary investigation found malware on a thumb drive.

Zhang appeared in a federal court in Florida on Monday for an initial appearance. In a hearing before Magistrate Judge William Matthewman in West Palm Beach, Zhang was read the charges against her and told that she could face up to six years in prison if convicted, according to audio of the hearing obtained by CNN.

A Mandarin translator communicated the judge's messages to Zhang. At the beginning of the hearing, after Matthewman made a few announcements in English that were translated for Zhang, he asked her if she wanted to continue using the translator or if he should proceed in English.

"Yes please, translate," Zhang said. "Thank you, so that it will be more clearly understanding Chinese than in English."

In an affidavit filed by federal prosecutors in court this week, a Secret Service agent made multiple references to Zhang's English-language ability.

Mar-a-Lago staff first gave Zhang access to the property on Saturday, in part, "due to a potential language barrier issue," the Secret Service agent wrote.

In a later interview with authorities off of Mar-a-Lago property, Zhang "freely and without difficulty conversed ... in the English language," the agent wrote.

A federal prosecutor called Zhang "an extreme risk of flight" and said she had no ties to the US or Palm Beach area, according to audio of her court hearing Monday, obtained by CNN.

"She has no ties to the United States in general or to the Southern District of Florida in particular," the prosecutor said at Zhang's initial appearance Monday.

Earlier in the hearing, Zhang told a federal judge that she had been in the US with her family for only a short time.

"Me and my family hasn't been in the United States for a long time so we're not familiar with the laws and also with which attorneys are good," she said through an interpreter.

"We'll see what happened, where she's (Zhang) from, who she is, but the result is they were able to get her and she's now suffering the consequences of whatever it is she had in mind," he said.

The alleged breach underscored wide-ranging security concerns about the President's Florida club, which has been scrutinized for not having the tight security protocols at the actual White House or the retreats frequently used by past presidents.

In a letter on Wednesday, House Intelligence Committee Chairman Adam Schiff requested a briefing on the Zhang arrest from the heads of the FBI, Secret Service and Office of the Director of National Intelligence.

Among other things, the California Democrat requested to know the status of the investigation and whether China has attempted to conduct "influence operations" at the club. Schiff asked further what steps the Trump Organization has taken to prevent "intelligence collection at the club" and how the "revenue raising goals of the private club" conflict with imperatives of protecting state secrets.

The letter followed a previous request from Schiff and other top Democrats asking for a new FBI investigation into a Florida woman's apparent ties to Trump, focusing on whether Cindy Yang illegally sought to leverage her relationship with the President by selling access to Chinese clients.