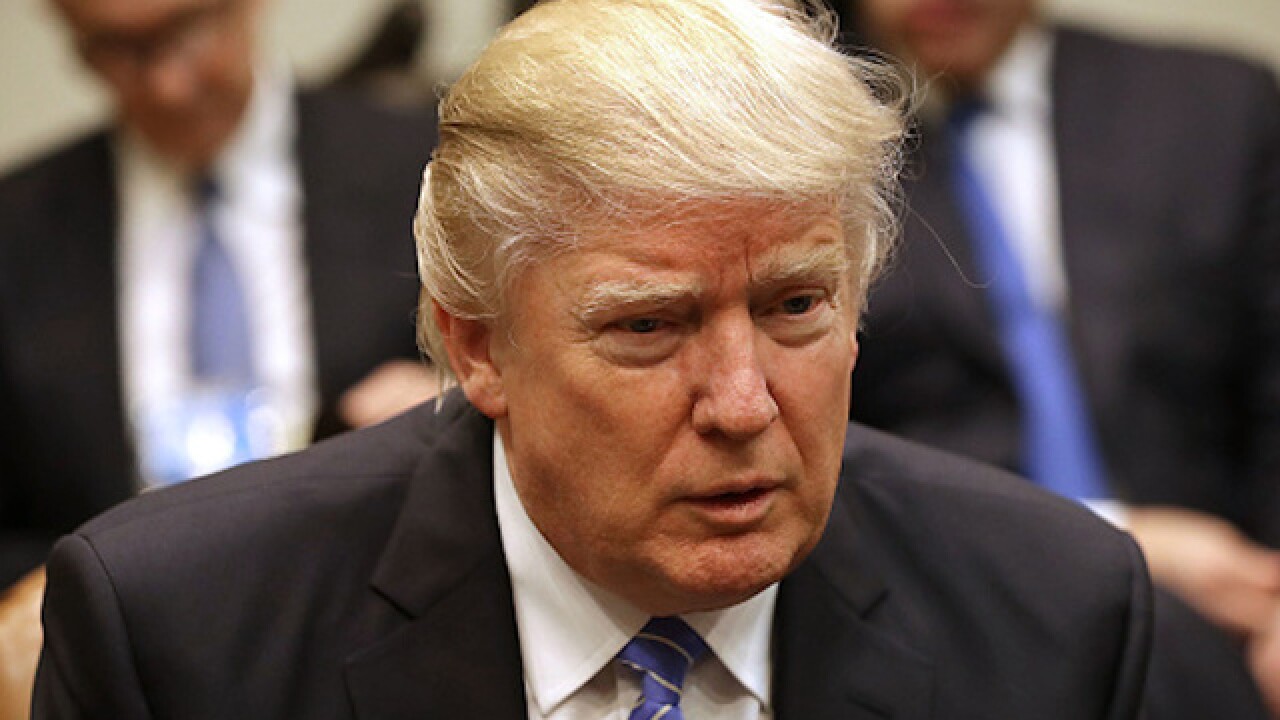 By: CNN
Posted at 10:32 PM, Jan 24, 2017
WASHINGTON (CNN) -- President Donald Trump, for the first time since taking office, has tweeted about violence in Chicago, saying: "I will send in the Feds" if they don't fix the "horrible 'carnage'" going on.
He tweeted about the shootings there in early January, saying at the time as President-elect: "If Mayor can't do it he must ask for Federal help."
Tuesday night he wrote, "If Chicago doesn't fix the horrible 'carnage' going on, 228 shootings in 2017 with 42 killings (up 24% from 2016), I will send in the Feds."

The Chicago Police Department tells CNN there have been 38 homicides and 182 shooting incidents in the city so far in 2017. Chicago Police only report homicides. They are not necessarily all shooting deaths.
Trump has previously encouraged Chicago Mayor Rahm Emanuel to ask for federal assistance. Emanuel has not addressed Trump's tweet, or spoken about the violence as it relates to possible federal intervention.
Mayor Emanuel has specified areas he'd like the federal government's help -- including gun control, gun tracking, prosecution for gun crimes and help increase funding for more police officers.
"Over the years the federal government's stepped back their resources, which we have stepped up," Emanuel said in an interview with WTTW's Chicago Tonight on Monday. "The federal government can be a partner, and to be honest they haven't been for decades."
Trump voiced strong support for the Second Amendment on the campaign trail, so it's not clear if that's the type of tactic his administration would favor -- though his campaign stated he was in favor of enforcing gun laws on the books and stringent sentencing for armed felons.
Emanuel said he wants tougher sentences for repeat offenders in the WTTW interview.
On Monday, when asked about President Trump's comments about Chicago's gun violence, Emanuel's communications director, Adam Collins, pointed to the WTTW interview.
Chicago Police Superintendent Eddie Johnson also pointed to the mayor's comments in a statement obtained by CNN.
"The Chicago Police Department is more than willing to work with the federal government to build on our partnerships with DOJ, FBI, DEA and ATF and boost federal prosecution rates for gun crimes in Chicago," Johnson said.
Often on the campaign trail, Trump would mention Chicago while suggesting that controversial and possibly unconstitutional tactics such as stop-and-frisk could help address the issue.
"A policy like stop-and-frisk could save thousands of lives in a city like Chicago, just like it saved thousands of lives in New York. Overwhelmingly, this will save African-American and Hispanic lives -- citizens who are entitled to the same protections as every American," Trump said during a September rally in Florida.
CNN's Daniella Diaz, Keith Allen and Jamiel Lynch contributed to this report.
The-CNN-Wire
™ & © 2017 Cable News Network, Inc., a Time Warner Company. All rights reserved.
Copyright 2017 Scripps Media, Inc. All rights reserved. This material may not be published, broadcast, rewritten, or redistributed.