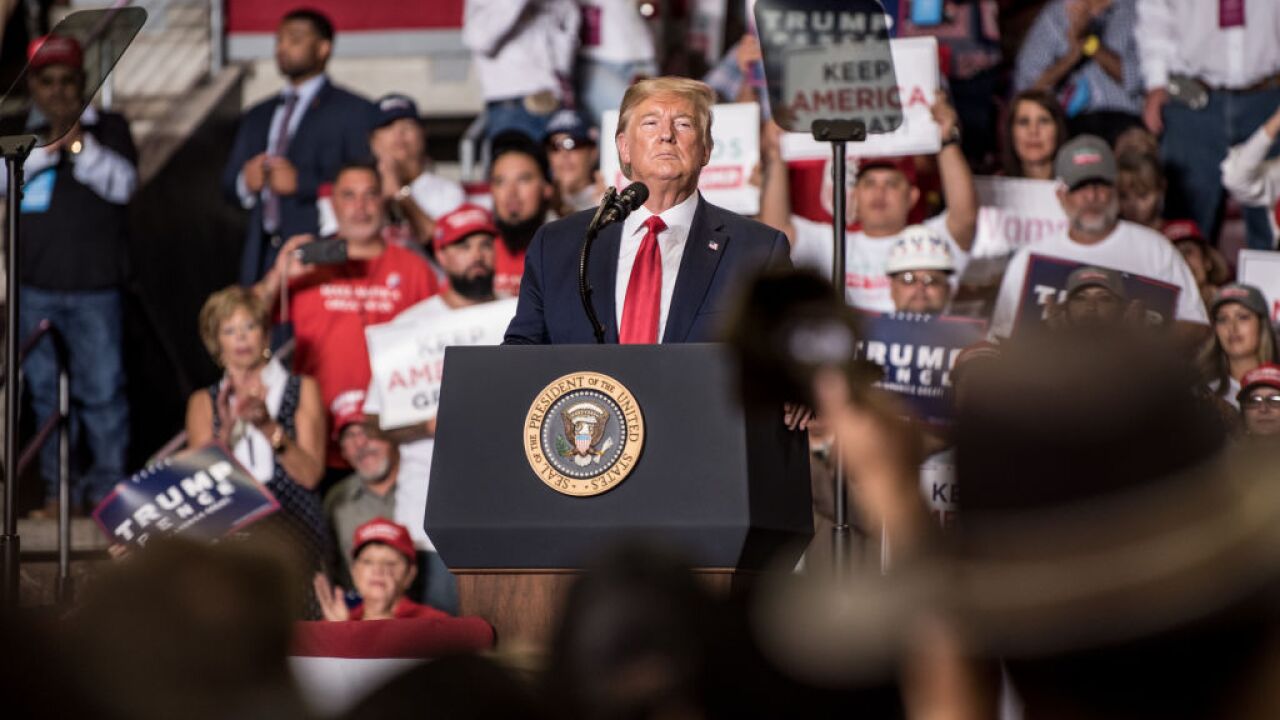 President Donald Trump pressured Ukraine's president during a July phone call to investigate Democratic presidential candidate Joe Biden's son Hunter, suggesting roughly eight times that he work with Rudy Giuliani, his personal lawyer, to carry out the probe, according to a new report Friday by The Wall Street Journal citing people familiar with the matter.

The revelation is likely to raise more questions in the ongoing controversy over a mysterious complaint submitted by an intelligence whistleblower that involves Trump's communications with a foreign leader. The complaint deals at least in part with Ukraine, The New York Times and Washington Post reported Thursday night.

In the phone call, Trump told Ukrainian President Volodymyr Zelensky "that he should work with [Mr. Giuliani] on Biden, and that people in Washington wanted to know" whether allegations were true or not, one of the people said, according to the Journal, which noted that $250 million in US military aid to Ukraine did not come up in the call.

Before the Journal's report was published, Trump downplayed the significance of the complaint Friday during remarks in the Oval Office, claiming the whistleblower is partisan and his conversations with foreign leaders are "appropriate."

But in a back-and-forth with reporters, he did not deny discussing Biden with Zelensky in that July phone call -- a potential subject for the complaint.

Now, the Journal is reporting that Trump not only discussed Biden with Zelensky but urged the Ukrainian President to use his personal lawyer to help investigate the former vice president's son.

Appearing in a rambling interview on CNN on Thursday evening, Giuliani admitted he had discussed Biden with Ukraine's leaders during a visit to the country.

Trump's conversation with the Ukrainian President has come under scrutiny from House investigators and they have demanded more information about Trump and Giuliani's interactions regarding Ukraine and the Biden matter, including calls for a transcript of Trump's July phone call with Ukraine's president.

Democrats are also looking for more information about the whistleblower's complaint.

"There's a real sense of urgency here since the Inspector General was so clear this is not something that can wait," said House Intelligence Committee chairman Adam Schiff on Friday, a day after his panel was briefed behind closed doors by the inspector general.