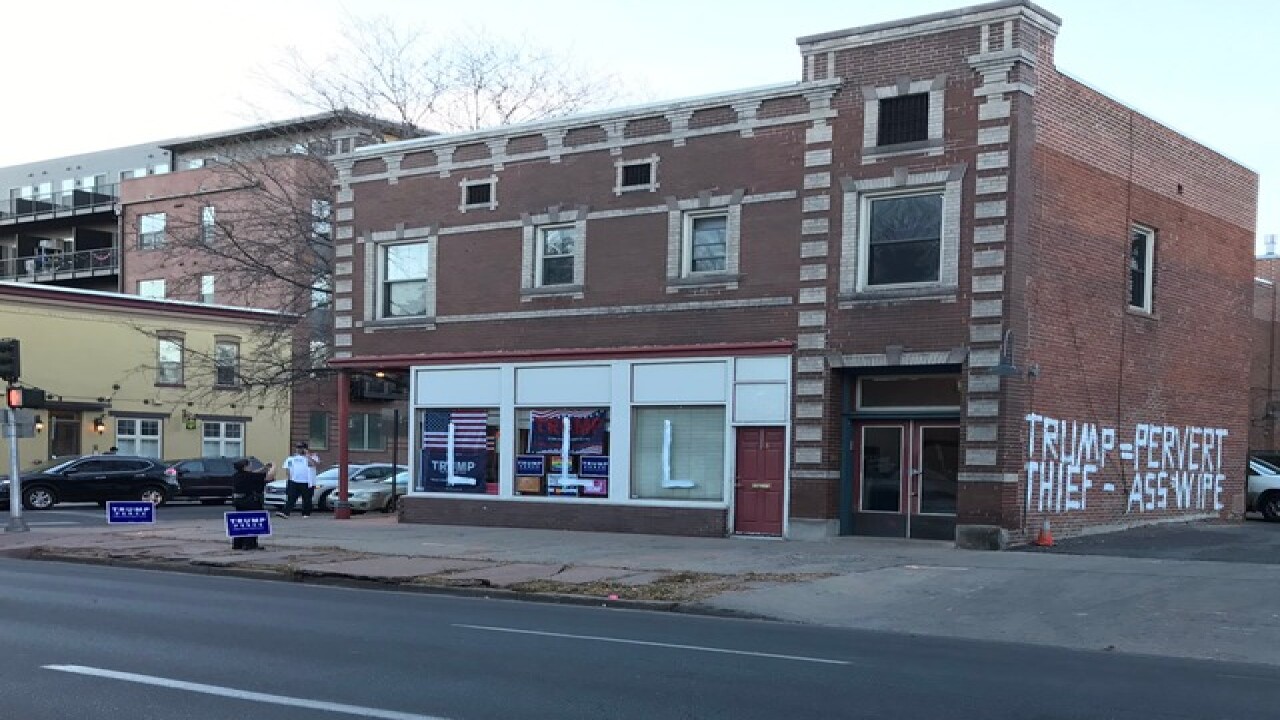 The office at 18th Avenue and Clarkson Street opened in August.

Friday morning, volunteers found spray paint on the front windows and on the brick side of the building.

Each of the three windows had a "L" painted on them.

The side of the building had Trump's name with three other words -- pervert, thief and a-- wipe.