Eta strengthens into a hurricane, storm has sights set on Gulf Coast of Florida 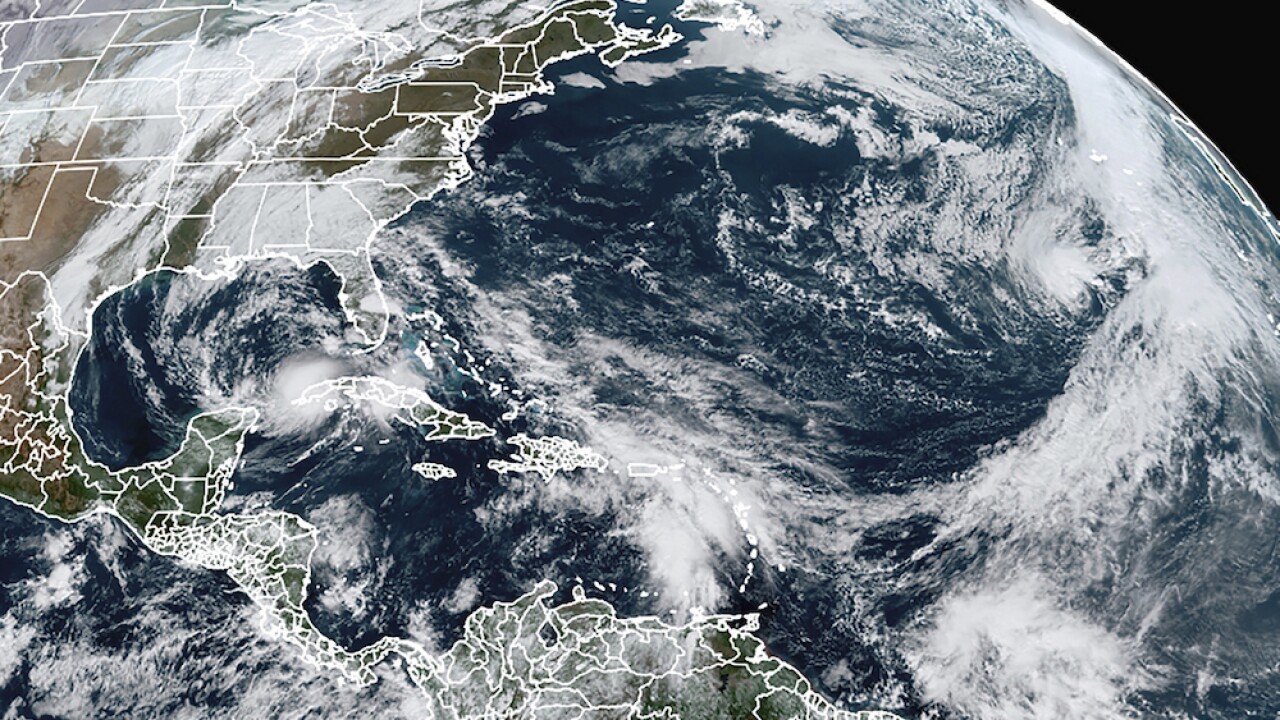 AP
This Tuesday, Nov. 10, 2020, satellite image made available by NOAA shows Tropical Storm Eta at 10:40 a.m. EST in the Gulf of Mexico, Theta, right, and a tropical wave to the south that forecasters say has a good chance of becoming Tropical Storm Iota. (NOAA via AP)

Eta strengthened into a hurricane on Wednesday morning, about a day ahead of its scheduled landfall on the Florida Gulf Coast.

Scripps station WFTS in Florida reports that Eta now has wind speeds of at least 74 mph, making it a Category 1 hurricane.

After several days of uncertainty regarding the path of Eta, officials with the National Hurricane Center (NHC) now project that the storm will make landfall on the west coast of Florida.

According to a 5 a.m. update from the NHC, Eta could make landfall with hurricane-force winds as early as Thursday afternoon.

Several communities on the Gulf Coast of Florida have issued hurricane warnings ahead of Eta's arrival. The NHC says Floridians between Bonita Beach and the Suwanee River could experience tropical storm winds later this week.

The NHC also says that many parts of Florida's west coast, including the Tampa Bay area, could see "life-threatening" storm surge.

Eta has already killed dozens of people after heavy rains and winds triggered landslides in Honduras and Guatemala last week. The wildly unpredictable storm has been churning in the Gulf of Mexico for several days as spaghetti models showed a wide variance in its projected paths.