Troops able to watch NFL playoff games after all 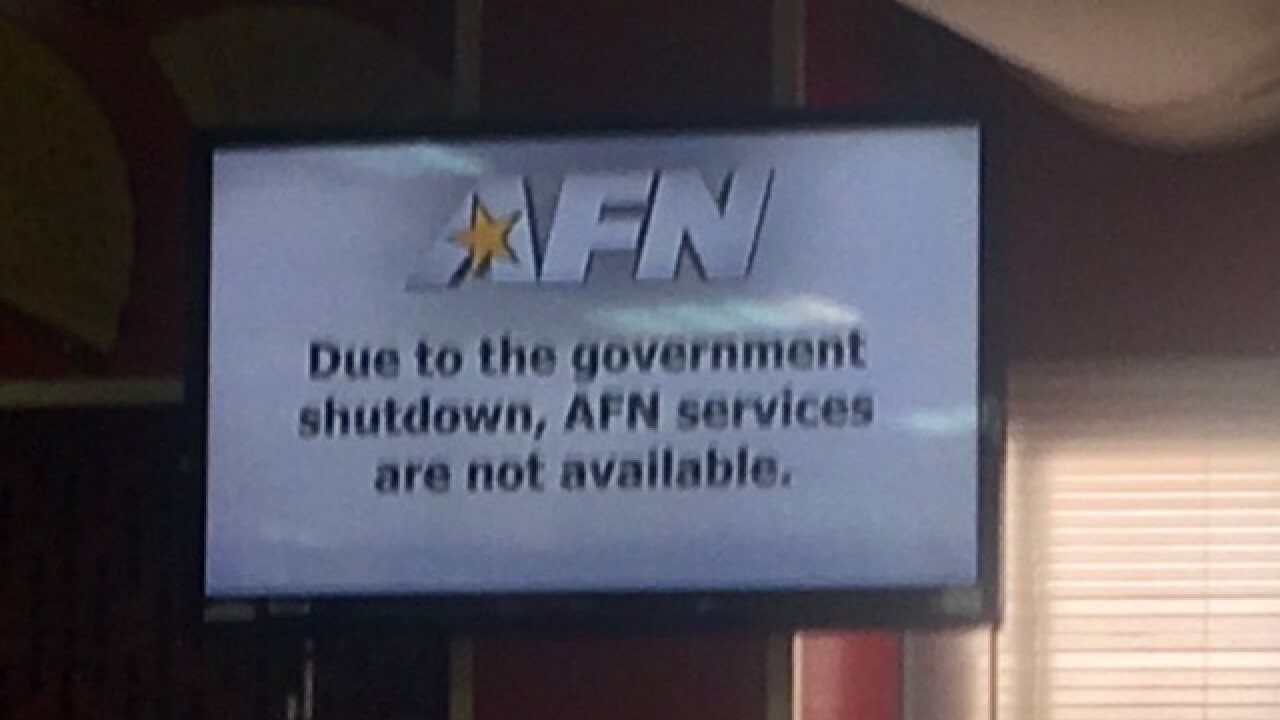 Despite a federal government shutdown that has caused non-essential government services to be shuttered, a television network for US military personnel stationed overseas will still operate.

On Sunday, the American Forces Network announced it will be back open for business, one day after the government shutdown forced it off the air. The network is scheduled to carry Sunday's NFC and AFC title games. The winners of Sunday's games advance to the Super Bowl.

"It gives me great pleasure to announce we have been given the authority to bring back limited television services," AFN Director Dave Honchul said. "As such, we have brought back two channels -- AFN News and AFN Sports. We will be broadcasting both the NFC and AFC championships. I thank you for your patience as we work to provide you what we can within the legal restrictions of the government shutdown."

I received this from a young infantryman serving in Afghanistan this morning. Sad that the men and women who have sacrificed so much are deprived of even the most basic connection to home bc Democrats are playing political games. #SchumerShutdownpic.twitter.com/jcUqU2crF1

Ironically, Trump called for a boycott of the NFL for the league not punishing players who did not stand for the national anthem.

"If NFL fans refuse to go to games until players stop disrespecting our Flag & Country, you will see change take place fast. Fire or suspend!" Trump tweeted at the time.