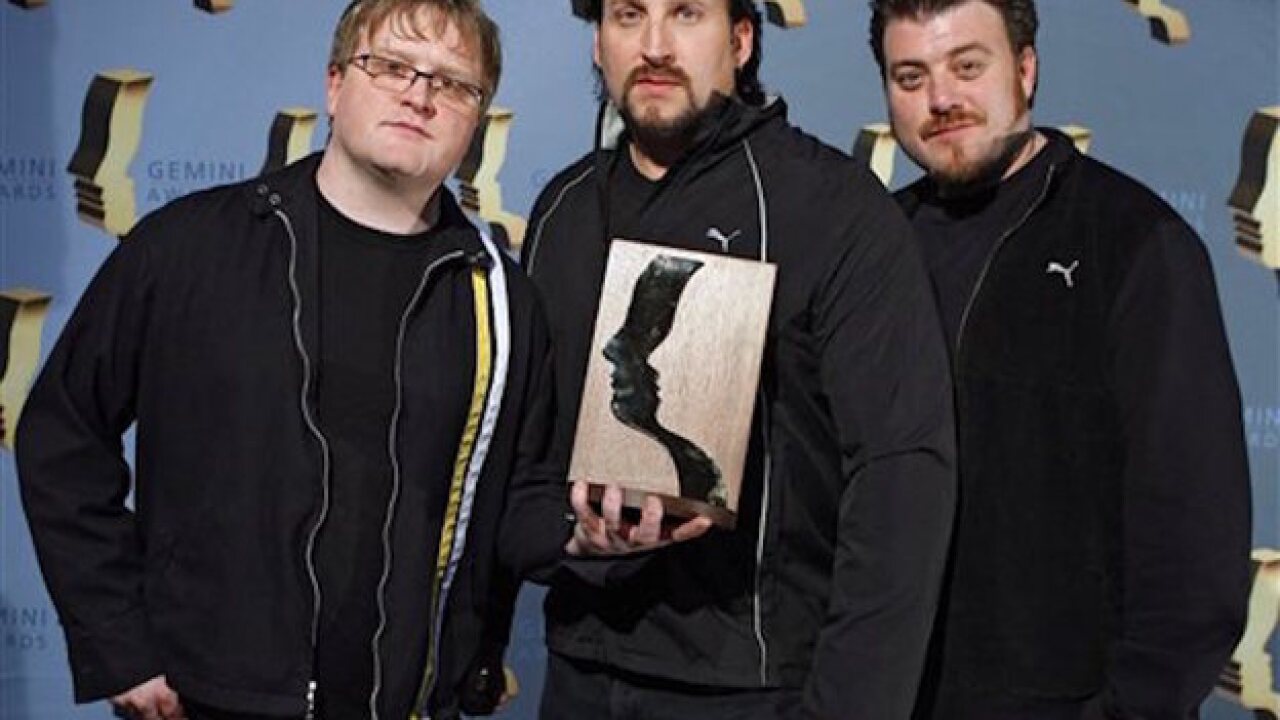 LOS ANGELES (AP) — An actor who stars on the television series "Trailer Park Boys" has been arrested in Los Angeles on suspicion of misdemeanor battery.

Police and jail records show Michael Smith, who plays Bubbles on the show, was arrested in Hollywood around 1:15 a.m. on Friday. He was booked on suspicion of misdemeanor domestic battery and released hours later on $20,000 bail.

Smith denied any wrongdoing in a written statement. Smith writes, "At no time did I assault her. I am not guilty of the misdemeanor charged against me."

No additional details about the arrest, which was first reported Friday by the celebrity website TMZ.com, were available on Saturday.

"Trailer Park Boys" is produced by Toronto-based Showcase Television and appears on Netflix.

"Trailer Park Boys" is about three petty felons living in a trailer park.