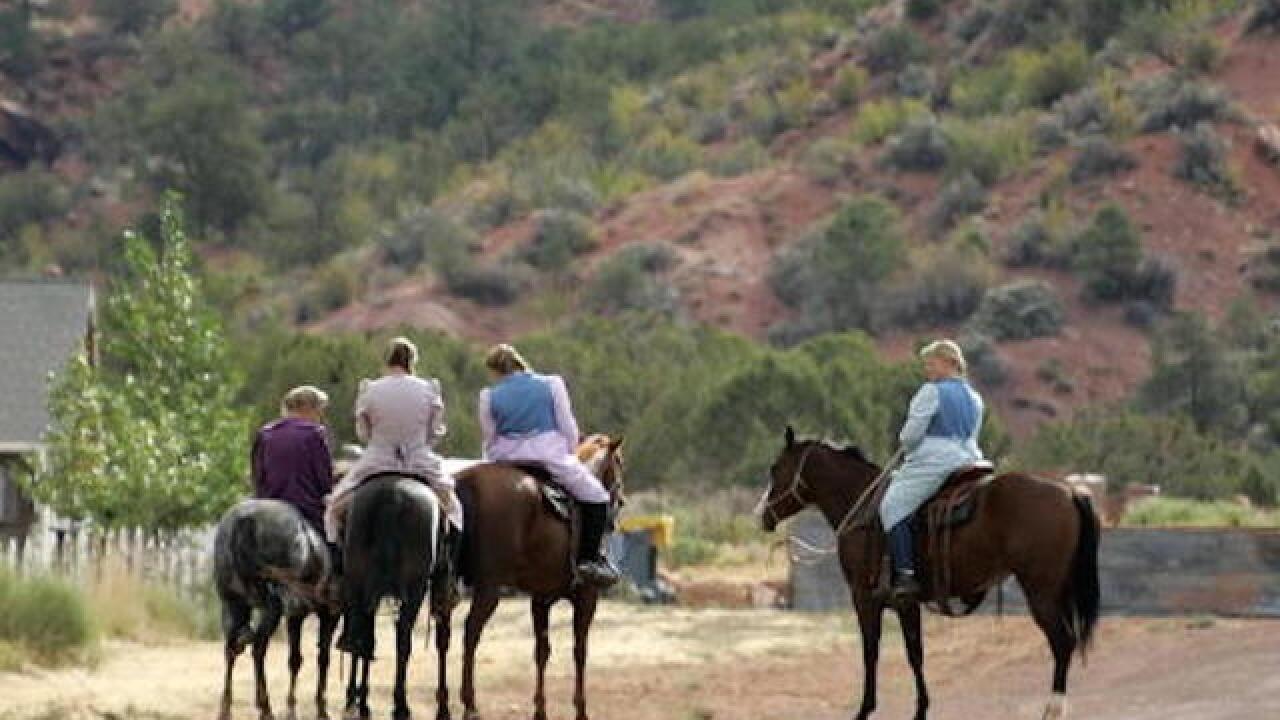 &lt;p&gt;COLORADO CITY, AZ - SEPTEMBER 6: Women sit on horses September 6, 2006 in Colorado City, Arizona. Warren Jeffs, of the Fundamentalist Church of Jesus Christ of Latter Day Saints, is the leader of the polygamist Mormon sect living in Colorado City and Hildale, Utah. Jeffs, who will face sex charges involving an underage girl in an arranged marriage with an older man, will have his first court hearing September 6 in St. George, Utah. (Photo by George Frey/Getty Images)&lt;/p&gt;

SALT LAKE CITY (AP) — Several top leaders from Warren Jeffs' polygamous sect were arrested Tuesday on federal accusations of food stamp fraud and money laundering — marking one of the biggest blows to the group in years.

Prosecutors say the sect based on the Utah-Arizona border diverted funds from Utah's nutrition assistance program for inappropriate use by its leaders.

A total of 11 people were charged in the scheme, including Lyle Jeffs and Seth Jeffs, top-ranking leaders of the Fundamentalist Church of Jesus Christ of Latter Day Saints and brothers of imprisoned sect leader Warren Jeffs.

Warren Jeffs is serving a life sentence in Texas for sexually assaulting his 12- and 15-year-old child brides at a secretive church compound in that state.

Lyle Jeffs runs the day-to-day operations in the polygamous community of Hildale, while Seth Jeffs leads a branch of the group in South Dakota.

The raids were the federal government's latest front in targeting church leaders. A civil rights trial against the twin polygamous towns of Hildale and Colorado City, Arizona, is underway in Phoenix, in which prosecutors say they discriminated against nonbelievers by denying them housing, water services and police protection.

The communities deny the allegations.

Private investigator Sam Brower, who has spent years investigating the group, says the case targets a new hierarchy in the group.

"This is a huge blow," Brower said. "Combined with everything else, it's incredible."

Lyle Jeffs is expected to make his initial court appearance Wednesday in a federal courtroom in Salt Lake City.