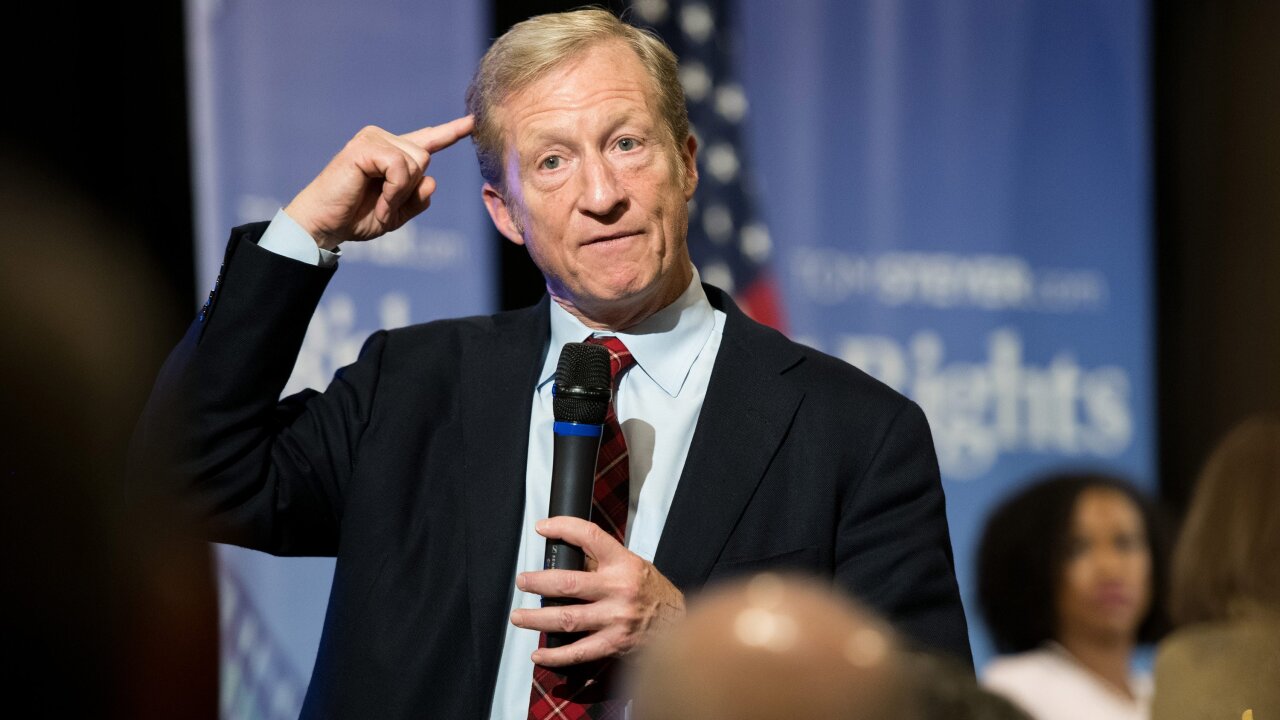 Billionaire Tom Steyer officially entered the presidential race on Tuesday, saying he would seek the Democratic nomination for president despite having previously ruled out a run in January.

In a video released Tuesday morning , Steyer said, "if you think that there's something absolutely critical, try as hard as you can and let the chips fall where they may. And that's exactly what I'm doing. My name's Tom Steyer, and I'm running for president."