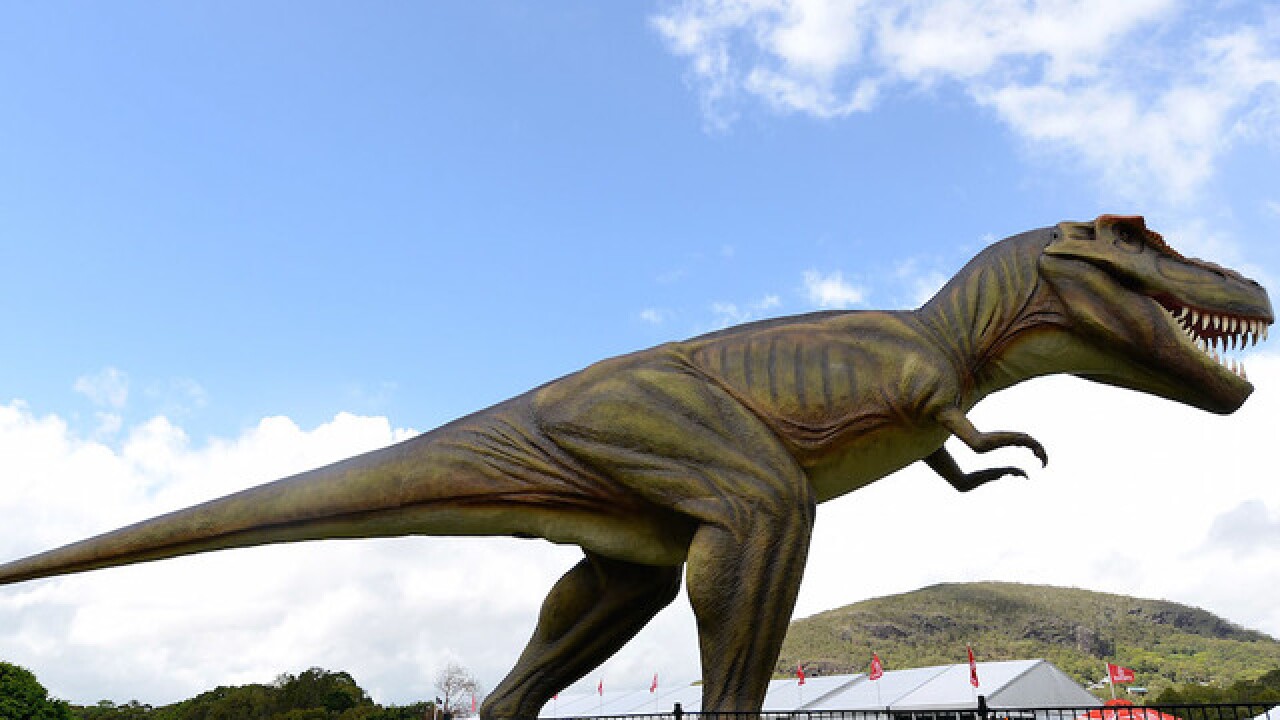 Copyright Getty Images
&lt;p&gt;A Tyrannosaurus rex model is seen during round one of the Australian PGA at the Palmer Coolum Resort on December 13, 2012 in Sunshine Coast, Australia.&lt;/p&gt;

CHICAGO (AP) — It turns out The Field Museum's T. rex Sue didn't use those tiny arms very much.

At least that's the initial conclusion from a detailed look at the fossil's right forelimb at the Argonne National Laboratory outside Chicago. Researchers there used a scan to generate a 3-D image of the arm bones down to the cellular level.

Pete Makovicky is associate curator of dinosaurs at the Chicago museum. He said Thursday there "aren't many signs of stress on the bones that would indicate frequent use."

But, he adds, there's still a lot to learn.

Precisely why T. rex had forelimbs is one of the enduring mysteries of dinosaur paleontology. The Field says it will share the results of the study when they're available.